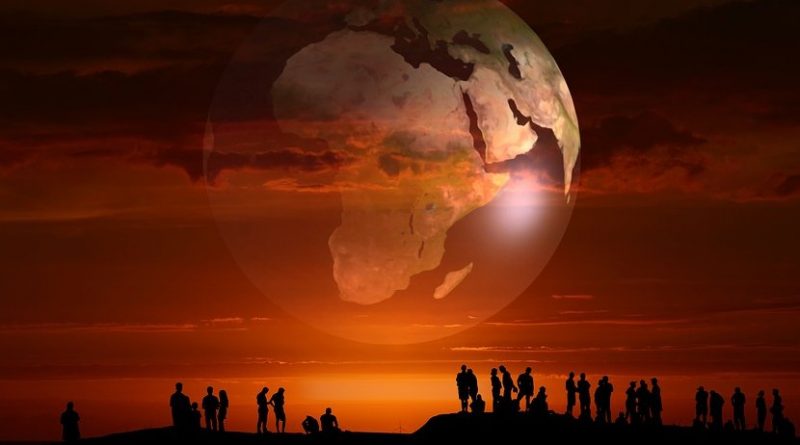 In this special Eurasia Review interview, David Shinn, an adjunct professor at the Elliott School of International Affairs, a former U.S. Ambassador to Ethiopia and Burkina Faso, and served previously as a Director of the Office of East African Affairs in Washington, explained some aspects of Russia’s engagement with Africa as well as the upcoming Russia-Africa summit planned this October in Sochi. a southern coastal city of Russia.

David Shinn: There has been minimal public comment by both the U.S. executive branch and U.S. Congress on Russia’s effort to intensify relations with Africa. Having said that, Africa has seldom arisen as a topic for discussion in the Trump administration. The U.S. national security policy under the Trump administration treats China and Russia as a global strategic competitor and this includes U.S. policy in Africa. The administration’s focus has been, however, on China and not much on Russia.

The United States is concerned about Russian activities in Africa, especially in the Central African Republic (CAR) where the private Wagner Group, which reportedly has close ties to the Russian leadership, has assigned about 400 mercenaries in support of the government. General Thomas D. Waldhauser, U.S. Commander of AFRICOM, told the U.S. Congress in March that “Russia is also a growing challenge and has taken a more militaristic approach in Africa.”

He added that “Russia has bolstered its influence with increased military cooperation including donations of arms, with which it has gained access to markets and mineral extraction rights. With minimal investment, Russia leverages private military contracts, such as the Wagner Group, and in return receives political and economic influence beneficial to them.”

Last March, U.S. Deputy Secretary of State, John J. Sullivan, at an investment luncheon in Angola commented that “Russia often utilizes coercive, corrupt and covert means to attempt to influence sovereign states, including their security and economic partnerships.” These quotations give you an indication of the degree to which the United States is skeptical of Russia’s role in Africa.

Q: What could be the driving forces behind the new re-engagement, western and European sanctions or efforts to regain geopolitical influence in Africa?

David Shinn: I think Russia’s renewed interest in Africa is due to a desire to restore its previous influence and to build allies as it experiences growing criticism by Western countries. As China’s relationship with Russia strengthens, I will be watching for China-Russia collaboration in African countries. Really, I don’t think any non-African country “owes” Africa, but it is in the interest of all developed countries to support the economic development of Africa.

With other questions such as the practice of democracy, Russia does support whatever regime is in power. While this makes its policy predictable, it does not encourage good governance and democratic practices in those countries that are severely challenged in these areas. Many other countries follow this practice and even countries like the United States, which often do speak out forcefully on behalf of good governance, are not always consistent.

Q: In practical terms, how is Russia cooperating with African leaders on sustainable development issues?

David Shinn: In its own way, Russia is trying to help Africa develop in a sustainable fashion, but it seems to want to make a profit in the process. Russian aid, trade, and investment in Africa, especially Sub-Saharan Africa, are modest. Russia’s relationship with North Africa is more significant. Nevertheless, Russia apparently wants to maximize the business relationship rather than the aid relationship. It is difficult to judge the degree of Russian cooperation with African leaders on these issues.

Q: Russia already has plethoria of post-Soviet bilateral agreements that it is now implementing, with some degree of limitations, in various African countries. What ii your view about this?

David Shinn: It is easy to sign agreements, especially those that follow a similar format across the continent, but it is much more difficult to make them meaningful. Many countries follow this practice. If a country signs too many of these kinds of agreements, they lose all meaning.

Q: How could African exporters and business people be encouraged to explore emerging opportunities in the Russian Federation?

David Shinn: Here Africa-Russia trade is not complementary. This is a problem for Africa, which has a lot of oil, gas, and minerals, which also exist in large quantities in Russia. According to the International Monetary Fund, Russian exports to Africa have been growing modestly and reached $18.5 billion in 2017.

Russian imports from Africa have been flat and totaled only $2.1 billion in 2017. This was well below Turkey’s trade with Africa in 2017. Russian trade is heavily concentrated in North Africa, especially with Egypt. The problem is that Africa has little that Russia wants to buy. The best marketing strategy in the world will not change significantly this situation.

Q: What could be the mutual benefits of the new relationship for both Africa and in Russia? Is Russia seen as a closed market for Africa?

David Shinn: The question is here that we assume African political and business elites have an open and positive mind concerning the benefits of this new relationship that Russia is trying to develop. Most of the burden is, however, on Russia. It will have to demonstrate that it can offer African countries more than it has done since the end of the Cold War. Russia is the largest seller of arms to Africa and is willing to sell to any country.

This gives it a certain advantage as many Western countries prohibit arms sales to a few countries. Russia has shown strength in Africa in niche sectors such as nuclear power development, launching African satellites, and constructing energy and mining projects. It may have to identify more sectors like this rather than compete head-to-head in a wide range of sectors with European Union countries, China, the United States, India, and others.

Q: What could be the practical expectations when African leaders and corporate business people finally gather for the first Russia-Africa summit in Sochi, Russia?

David Shinn: It’s clear that Russia might not make any public financial commitment as many foreign countries have done over the years. But, Russia needs to demonstrate that it has a plan to engage in Africa in a significantly greater way than it has in recent years.

Over the past decade, there have been a number of high-level Russian visits to Africa that raised expectations only to be followed by little new engagement. I doubt that warm hospitality and good Russian food at Sochi will have much impact. If Russia fails to get beyond warm hospitality and good food, African leaders will probably make clear that they expect more from Russia’s intensified re-engagement. This could be a make or break opportunity for Russia in Africa.