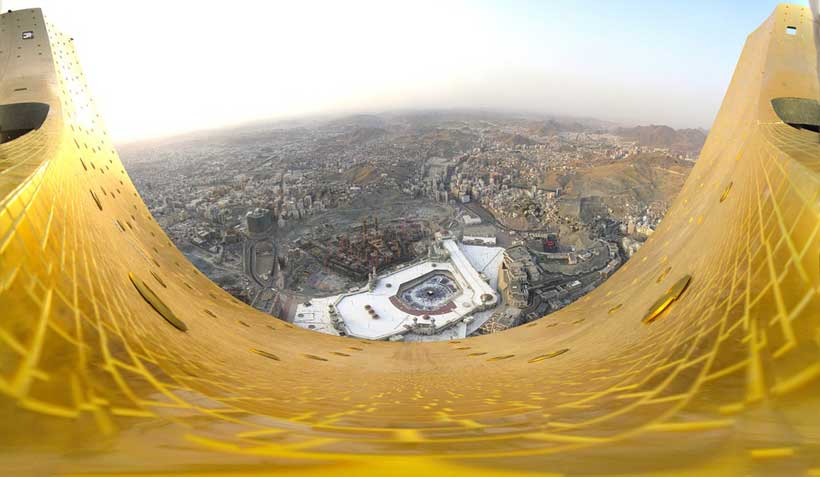 Middle East considered the “bridge between the East and West” has long grabbed attention of great power policy makers due to its geostrategic and geopolitical significance. After the discovery of oil in the early part of 20th Century, Iran and Saudi Arabia had gained a prominent position at the global international arena. The defining moment in their relation was the year 1968, when the British government announced its withdrawal from the “Persian Gulf,” threatening thereby the balance brought to an equilibrium by more than 150 years of English security guarantees to the sheikdoms. The international community largely sees the conflict in terms of sectarian and on religious grounds which is an inadequate approach and one that rules out other detrimental factor. There have been little analysis and studies undertaken on the conflict from a “Cold war” perspective, which can significantly help other states in maintaining a viable balance between Saudi Arabia and Iran.

The conflict dubbed as the “New Middle East Cold War” or “Saudi-Iranian Cold War” is not the first event termed as “Cold war” in the Middle Eastern history. Malcolm Kerr writing in his acclaimed book Arab Cold War 1958-67 termed the growing rivalry and quest for leadership in the Middle East at the aftermath of British and French withdrawal between Republican Egypt and conservative Arab monarchies as a regional equivalent of Cold war. The present relations of Saudi Arabia and Iran are short of war, a condition where although the contenders do not engage in open battlefields face to face, it is a ‘battle’ nevertheless fought on different fronts including the media. Daniel Serwer of John Hopkins writes that Saudi-Iran conflict is regional equivalent of20th century US-Soviet Cold war.

The term ‘cold war’ had been in use before 1945 to describe period of extreme tensions between states that were just short of war. In the year 1893, German socialist Eduard Bernstein described the arms race between Germany and its neighbors as a kind of ‘cold war’ where “there is no shooting but bleeding.” The term rapidly came back into use when United States and Union of Soviet Socialist Republic (USSR) faced each other eyeball to eyeball. British writer George Orwell remarked on the significance of the moment foreseeing “a peace that is no peace” where the two mighty powers were to be “unconquerable and in a permanent state of cold war.”Anders Stephanson has defined the essence of a Cold War as consisting of characteristics whereby both sides deny each other the legitimacy as a regime, attempting to attack each other by all means short of war. This is in the view of the author, followed by an intense military buildup with a prolonged arms race.

Cold War since then has exclusively referred to as the ‘sustained state of political and military tensions’ between the 20th century superpowers. Although the rivalry had ceased with the disintegration of the Soviet Union, the term and subject-matter has remained ever relevant to an extent that the study of grand strategy and security is considered incomplete without the former’s inclusion. Saudi Arabia and Iran, in order to contain conflict and to ensure; that it ends up being short and as shallow as possible, need to revitalize the lessons of the ‘original Cold War.’ United States and Soviet Union despite their sustained rivalry developed a variety of mechanism for escalation and risk management. This was undertaken without foregoing their core national interests and ideologies. The leadership understood that there was ‘wisdom in engaging’ rather than isolating the other. The approach is more relevant today in the era of globalization than it was in those years. “Geo-economics must replace geopolitics” as the focal Saudi-Iranian approach in order to reach a ‘non-zero sum situation.’

Religious and political ideology plays an important role in the foreign policy between Riyadh and Tehran. The two offer competing ideologies and political model with a strong desire for strategic and geopolitical supremacy. The standoff, experts believe is also the result of the desire and aspirations of the two, for political leadership in the Islamic world. The conflict is not the result of alleged schism between Shia and Sunni school of Islam, but is rather a byproduct of centuries’ political and religious contestation that existed between empires and is now manifested into politics of these modern states.

Diplomacy is integral to the Middle East cold war. Since establishing relations in 1929, the two have had their ups and downs. In the years of the Shah, relations began to take the turn for worse when Shah’s ‘hegemonic desires’ and Saudi Arabia’s desire not to accept Iran predominant role in the Gulf and beyond. Nevertheless, relations remained intact at least diplomatically despite severity of incidents such as Gunboat coercion and the oil wars.

Wars have recognizable beginnings and they comprise of direct fighting between the adversaries with armistices and peace treaties as their conclusive ends. However, a Cold war has none of these characteristics, in words of Walter Lippman, “it brings neither peace nor honour to those who wage it.” The conflict between Iran and Saudi Arabia has “spillover effects” and repercussions beyond the region. States such as those in the West, and Pakistan in particular close in proximity to the two have had a tough time “balancing” their relations. A careful, delicate and pragmatic approach needs to be adopted on part of statesmen, taking into account the opportunities and challenges arising from a “Cold War” need to be taken into account. Media on both sides has an important role to play in patching up the hostilities by upholding ethical standards and avoiding propagandist contest to avoid further aggravation of the conflict.