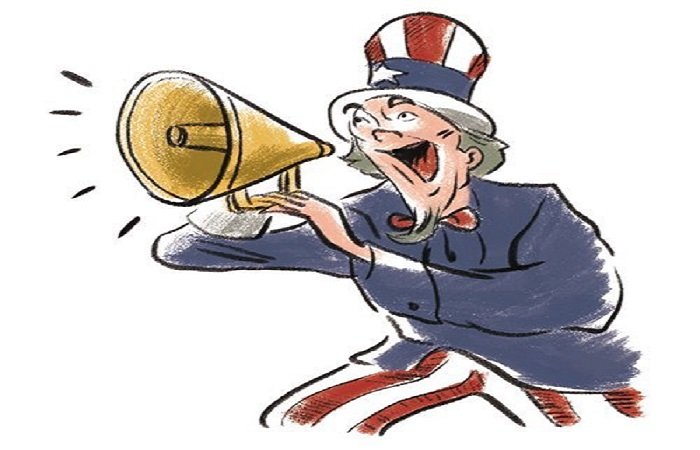 During the past week, peace talks between the Ethiopian government and a delegation from the Tigray People’s Liberation Front (TPLF) took place in South Africa. The talks, led by the African Union and which finally commenced after earlier being delayed due to logistical issues, were scheduled to last until Sunday. Meanwhile, on the ground, events in Ethiopia continue to rapidly develop. Ethiopian federal forces have taken control of a string of major towns and cities in Tigray Region, and they are now reported to be on the outskirts of Mekelle, the regional capital. The city’s main airport, located some kilometers from the heart of the capital, was also reportedly taken over by federal forces last week following fierce fighting, raising questions about the possibility of a return for the TPLF delegation.

In a previous article, An Inversion of Truth: the TPLF and its Commitment to Peace, I examined one of the most blatant examples of disinformation during the ongoing conflict in Northern Ethiopia: the claims that the TPLF is genuinely “committed to peace.” As the historical record clearly demonstrates, this frequently propagated notion is a total inversion of truth.

However, there is another critically important, yet often overlooked, dimension to the long story of how the TPLF has only paid lip service to the idea of peace. The group’s decades of flouting international law and acting in a manner that can only be regarded as the complete opposite of peace have been actively facilitated and enabled by its Western
A long history of facilitation and enabling by Western backers
After the outbreak of war between TPLF-led Ethiopia and Eritrea in May 1998, Eritrea and Ethiopia would sign an agreement on a moratorium of airstrikes in July 1998. However, rather than using this opportunity as a platform to further consolidate peace, the TPLF quietly began to purchase new fighter aircrafts, as well as refurbish all of its MiG jets. Months later, it went on to launch its second offensive, under the pretense that Eritrea had bombed Adi-Grat – which was utterly false. Although the agreement was brokered by US President Clinton, and despite the fact that American officials – who were presumably mediating and facilitating peace – knew fully well that the TPLF’s claims were false, no tangible actions were taken. Instead, only a bland statement encouraging restraint on both sides was issued, thus shamefully equating victim and aggressor.

Later on, in mid-1999, the US (along with other facilitators) proposed the “Technical Arrangements for the Implementation of the Peace Plan”. This was a highly detailed proposal, in fact basically a precursor to the Algiers Agreement of 2000.  For all intents and purposes, the proposal was submitted as a comprehensive “take it or leave it” package. Eritrea accepted it, and Ethiopia seemingly had as well. The term “seemingly” is critical here, as that October, reliable inside information began circulating that the TPLF’s acceptance was not actually genuine. Instead, it was simply a ploy and the group was going to use the period to ramp up preparations for another massive offensive.

When Eritrea conveyed this to the US and other facilitators, the resounding feedback was that there would be serious “punitive measures” taken against the TPLF. But in April 2000, the US special envoy, Anthony Lake, shuttled to Eritrea to plead for changes to the non-amendable agreement as Ethiopia’s leadership had presumably developed second thoughts. Ultimately, this failure would contribute to the TPLF’s huge third offensive in 2000.

Enabling the violation of international law

In accordance with the peace agreement that Eritrea and Ethiopia signed in December 2000 to end the war, the Eritrea-Ethiopia Boundary Commission (EEBC) was established in 2001. Following a lengthy investigation and litigation process, the EEBC issued its long-awaited decisions on 13 April 2002 at the Permanent Court of Arbitration. Although Eritrea accepted the EEBC’s decisions in full, swiftly and continuously expressing its desire to move forward, the TPLF reneged on the peace agreement and completely failed to abide by its international legal obligations and responsibilities. Instead, it persistently sought to obstruct or reverse the EEBC’s decisions, continued to militarily occupy large swathes of Eritrean territory, and sustained a policy of unremitting aggression and hostility toward its northern neighbor.

Although the entire EEBC process was guaranteed by the UN, UNSC, and OAU/AU, and witnessed by several international parties, the international community, led by the West, effectively ignored the TPLF’s complete failure to abide by its international legal obligations and responsibilities for demarcating the border. But rather than condemning the group’s illegal military occupation and repeated aggressive actions or calling for the immediate, unconditional implementation of the EEBC ruling, Western countries turned a blind eye, abdicated their responsibility, and remained acquiescent to the TPLF’s persistent violations and aggressive behavior.

In fact, the West actually supported and rewarded the TPLF. Substantial amounts of foreign aid flowed, making it one of the world’s largest recipients of foreign aid. The considerable international debts that were accrued by the TPLF were also regularly forgiven, while various other forms of assistance and support continued to be directed toward the regime. Furthermore, the TPLF was frequently held up as a “darling” of the West and it was placed at the heart of the “Africa rising” narrative. Meles Zenawi attended prestigious international gatherings, such as the G7/8 and G20 meetings, and he even became a favored member of the British government’s “Commission for Africa,” alongside Tony Blair and Gordon Brown. Even as the TPLF repeatedly flagrantly rigged elections and regularly won by massive, unbelievable margins (frequently winning between 97 and 100 percent of seats in parliament), Western leaders invariably referred to the Ethiopian government as “democratically elected” and pointedly refused to raise serious concerns.

Without a doubt, the TPLF’s biggest supporter as it remained the major obstacle to peace in the region was the US. Utilizing its dominant position within the UNSC and its own considerable diplomatic clout within the unipolar global system, the US, which had helped broker the Algiers Agreement and been one of its witnesses, shielded the TPLF from any pressure or censorious action and also sought to reverse or reopen the “final and binding” EEBC ruling.

For instance, in late January 2004, through strong prodding by the US, the UN Secretary-General, Kofi Annan, appointed a special envoy, Lloyd Axworthy, former Foreign Minister of Canada, ostensibly to facilitate implementation of the EEBC ruling. Unsurprisingly, this initiative won a chorus of approval from the TPLF, since it closely aligned with the group’s persistent calls for an “alternative mechanism” and its demands for dialogue prior to implementation. That month, Axworthy even described the EEBC ruling as “something that has to be worked at,” and that “needs to be developed”, thus essentially approving of the TPLF’s illegal position and obstruction of peace. In the end, for a variety of reasons, the initiative fizzled.

Following the failure of that initiative, in January 2006, Jendayi Frazer, the US Assistant Secretary of State for African Affairs, planned to travel to Eritrea and Ethiopia supposedly to assess the border situation. Asmara provided visas for Frazer’s delegation, although it flatly refused her request to visit the disputed boundary area, sensing the initiative was again an attempt to modify the “final and binding” EEBC ruling. Canceling the Eritrean leg of the trip altogether, Frazer traveled to Addis Ababa, where she held talks with PM Meles and then visited the disputed border area – thus legitimizing the occupation. Her public comments during the visit also sounded almost as if she was reading a document prepared by the TPLF. Effectively, her trip served as tacit approval of the TPLF’s intransigence and basically endorsed its illegal position.

Over the subsequent years, there were numerous other instances of unconditional US and Western support for the TPLF as it obdurately blocked peace and sought to reverse or reopen the final and binding EEBC decision.

A misguided approach during the conflict in northern Ethiopia

In the two years since the TPLF sparked the ongoing conflict in Ethiopia through its unprovoked attack on all outposts of the country’s northern command, the approach by Western countries has been invariably characterized by an unequal application of punishments and sanctions, bothsidesism, and a lack of genuine denunciation of the TPLF.

From the beginning of the conflict, the TPLF’s relentless, well-funded disinformation, which muddied understanding and offered cover for its own subversive actions and widespread atrocities, was uncritically accepted and disseminated by a range of Western parties, including officials, experts, and journalists. These parties have also continued to repeat the TPLF’s main talking points, in the process only strengthening the group’s illegitimate demands and extending them a semblance of credibility.

At the same time, a dangerous false equivalency has also been created, drawing a parallel between a legitimate government and a rebel force that has carried out illegal actions that no government anywhere in the world would tolerate. Lest it be forgotten, it is legitimate, in fact a core responsibility and fundamental mandate, of all governments worldwide to maintain security, ensure order, protect infrastructure, and defend civilians. By contrast, it is not legitimate for a group to take up arms illegally against the state and seek to carry out a forcible change of regime or violent insurrection. (Or, for that matter, conduct armed attacks across international borders.)

One consistent theme throughout the conflict has been how the TPLF’s repeated destructive advances across the region’s borders, in outright rejection of peaceful overtures and gestures of goodwill, have been met with a seeming “nod and wink” by Western officials, while the resistance and defensive measures against the group’s attacks have sparked Western alarm, led to harshly punitive actions, and the rise of the declaration that, “there is no military solution.”

In fact, high-level TPLF officials have proudly boasted how, on several occasions, Western officials encouraged their “return to Addis” and their establishment of a transitional government. Recently, the TPLF seemingly felt so confident in the continued, unconditional backing of the West that it even unabashedly revealed to Western officials of its active preparations and plans just prior to the launch of its latest offensive in late August. Yet rather than condemnation, Mike Hammer and other Western officials responded to the TPLF’s preparations by conducting friendly “selfie” photos with the group’s leaders (a group that, it should not be overlooked, has carried out major war crimes). It was not long after this much-publicized diplomatic episode, on August 24, that the UN World Food Program announced that the TPLF had stolen 12 fuel tankers from a UN compound that were intended for humanitarian aid. That same day, the TPLF also launched its third major offensive of the war, in the process breaching the ceasefire that had been in effect since March 25, 2022.

As a result of its highly flawed, misguided approach, the West has not only raised major doubts about its claims to being a credible mediator, it has also greatly emboldened the TPLF and provided the group with a sense of impunity. Ultimately, this has worked against the possibility for peace as it has strengthened the group’s belief that it can continue to wreak havoc and destruction until it gets what it wants. Troublingly, for the future, this faulty approach also establishes an extraordinarily perilous precedent for when other groups may want to challenge the state’s authority down the line.

With the region and international community now looking forward to the possibility of much-needed peace, it is important that the long history and continued actions of those who have obdurately blocked it are not obscured. There can be no doubt that the TPLF has been the central cause of so much of the tension, violence, and instability that have plagued Ethiopia and the wider region. For too long, however, the group has also been facilitated and enabled by its Western backers.

TPLF's Obstruction of Peace: Enabled by its Western Backers