Dutch save migrant trying to reach Britain on makeshift raft 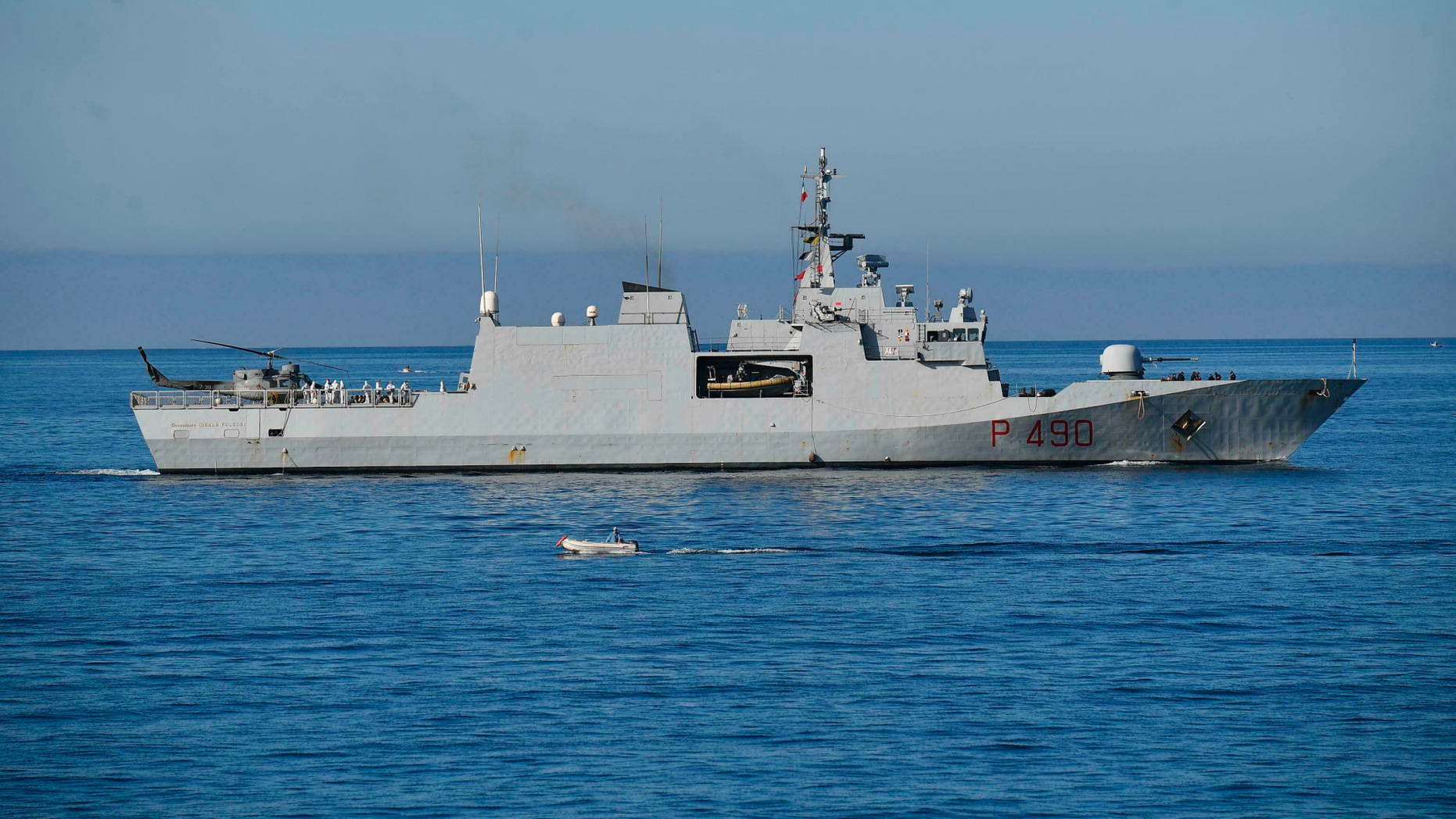 The Cigala Fulgosi Italian Navy ship approaches the harbor in Genoa, Italy, Sunday, June 2, 2019. An Italian navy ship docked Sunday morning in the northern port city of Genoa carrying 100 migrants who were picked up from the Mediterranean Sea, where the number of migrant crossings has picked up in recent weeks. (Luca Zennaro/ANSA via AP)

BERLIN – Dutch sea rescue services say they have saved a migrant trying to cross the English Channel on a makeshift raft.

The Royal Netherlands Sea Rescue Institution, or KNRM, tweeted that the man was picked up Sunday morning near Ijmuiden, west of Amsterdam.

Dutch media reported that the man appeared to be a 26-year-old refugee from Eritrea who wanted to reach England.

The raft he'd built had no engine and only a sail made from a piece of plastic.

It was discovered on a busy shipping route used by freighters. Dutch Save Migrant Trying to Reach Britain on Makeshift Raft - The ...