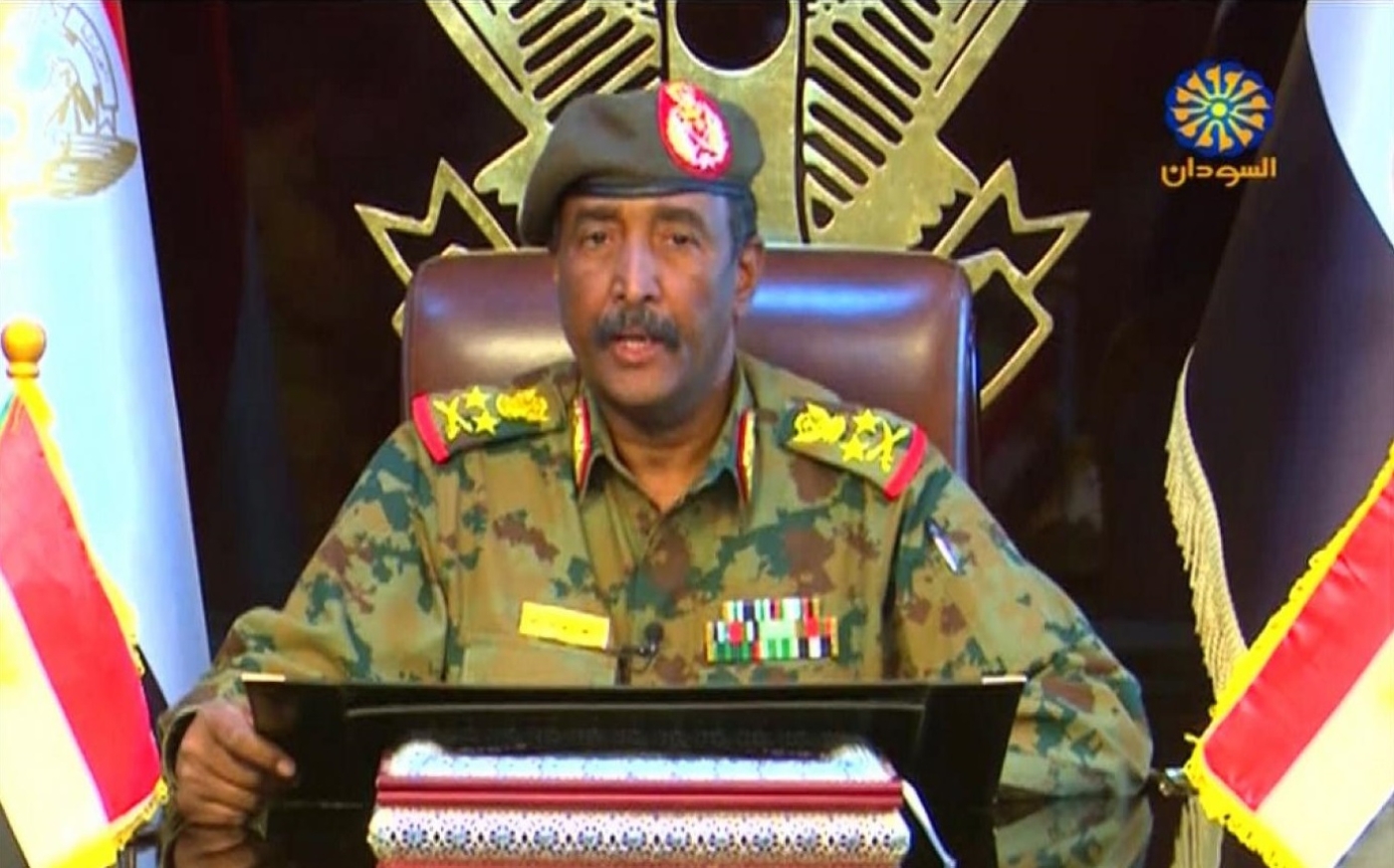 Sudan's military on Tuesday cancelled a power-transfer agreement with protesters and called for elections within nine months, a day after forcefully breaking up a weeks-long sit-in, leaving 35 dead.

The Transitional Military Council (TMC) ousted president Omar al-Bashir in April after months of protests against his authoritarian rule and had agreed a three-year transition period to a civilian administration.

But army chief General Abdel Fattah al-Burhan, the head of the TMC, announced in a televised statement the plan had been ditched and an election would take place under "regional and international supervision".

"The military council decides on the following: cancelling what was agreed on and stopping negotiating with the Alliance for Freedom and Change, and to call for general elections within a period not exceeding nine months," Burhan said.

The main protest organisers, the Sudanese Professionals Association (SPA), has called on demonstrators to take part in "total civil disobedience" to topple the military council.

It also asked people to go out on Tuesday to hold Eid prayers to mark the end of Ramadan, "pray for the martyrs" and then "demonstrate peacefully".

Dozens of demonstrators were killed and hundreds more wounded on Monday in the bloody crackdown outside Khartoum's army headquarters, which was met with sharp international condemnation.

The SPA accused the TMC of perpetrating "a massacre" as it broke up the camp, a charge denied by the council.

Heavily armed members of the paramilitary Rapid Support Forces were deployed around the capital on Tuesday, guarding entrances to the bridges that cross the Nile, and moved in convoys around the city.

The Alliance for Freedom and Change announced "the end of all political contact and negotiations with the putschist Council" following the deaths.

The United States called it a "brutal" crackdown on protesters, who want the generals behind the overthrow of Bashir to hand over to civilian rule.

UN Secretary-General Antonio Guterres condemned the excessive use of force against protesters and called for an independent investigation.

The UN Security Council will meet behind closed doors on Tuesday to discuss Sudan, after Britain and Germany requested the talks, diplomats said.

The Central Committee of Sudanese Doctors, which is close to the protesters, said the "massacre" toll  had risen to 35, with 116 wounded.

An eight-year-old child was among those killed, it said, and called for "urgent support" from humanitarian organisations to help the wounded.

Footage from the Royal Care hospital earlier in the day near the site of the sit-in showed people on the floors of the wards receiving treatment as men in uniforms sitting in pickup trucks gathered outside.

An AFP correspondent said the streets of the capital were largely empty Monday night, a time the city is usually busy.

Some streets were blocked off by demonstrators who had erected barricades made from stones, tree trunks and burning tyres earlier in the day.

Many shops and businesses were shuttered around the city.

The doctors' committee said forces had opened fire inside the city's East Nile Hospital and had chased "peaceful protesters".

Rallies against Bashir's authoritarian, three-decade rule led to his ouster in April, but protesters had remained outside the army headquarters calling on the generals to cede power to a transitional authority.