(FOCUS WTV) 14 ERITREAN TRANSMIGRANTS REMOVED FROM TRUCK ON A11 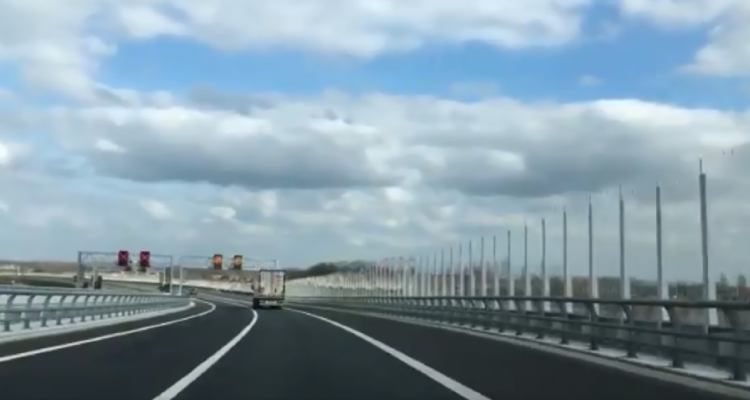 Zeebruge
On the A11 motorway, fourteen people from Eritrea were taken from a truck this morning. This is reported by the public prosecutor of West Flanders, department Bruges.

According to a witness, the transmigrants were even hanging out of the truck at a certain moment.

The police were informed about the possible presence of transmigrants on a truck with Italian license plate along the A11 at the Westkapelle exit. According to the witness, people hung from the truck through a crack in the tarpaulin. That way they tried to crawl in the direction of the tractor. It would even be knocked on the roof of the tractor with a tube.

MOST TRANSMIGRANTS FROM ERITREA

The local police from the Damme / Knokke-Heist zone and the federal road police immediately went to the scene to stop the truck. Fourteen people from Eritrea were eventually found in the truck. "The administrative arrests will be handled by the mobile handling team during the course of the day, after which the persons will be made available to the Immigration Office," said attorney Frank Demeester.

The public prosecutor notes that most transmigrants in West Flanders come from Eritrea. On Saturday, another 16 Eritreans were picked from a trailer in the port of Zeebrugge. The large number of refugees from Eritrea has to do with the political situation in the East African country. The authoritarian way in which the country has been led by President Isaias Afewerki since independence in 1991 has already been denounced by almost all human rights organizations.