(MeridioNews) Process Mered, the trafficker immortalized in a video "It's the real face of the boss, the whole Eritrean community knows it"

Process Mered, the trafficker immortalized in a video
"It's the real face of the boss, the whole Eritrean community knows it"

A film shot at the wedding of General 's nephew , on 11 and 12 October 2015, who show him as he smiles and dances. And that would further demonstrate the exchange of person of which the defendant, detained for two years, has reported being a victim

Immortalized on two different days , he appears in the first wearing a burgundy shirt that is conspicuously spotted with sweat and jeans. While the next day the outfit becomes more elegant: white shirt, black dress and hair arranged in a cut probably made for the occasion. And then ballets and smiles. Thus appears Medhanie Yehdego Mered , the human trafficker who was searched by authorities in half of Europe, immortalized in a video celebrating at his nephew's wedding. A circumstance of which, until now, only a few images were known, entered into the ongoing trial before the second Assizes Court of Palermo. And where from today to all effects enters, with the consent of the prosecution, even the short film. It would be, for the defense, the further and yet another demonstration that the defendant confined to Pagliarelli since June 2016 is not the trafficker to whom all have hunted, but the victim of a resounding exchange of person.

In fact, the accused has always not only declared his extraneousness to the accusations of human trafficking, but has always explained that he too is about to embark on the journey to Europe and call himself Medhanie Tesfamariam Behre . The video, introduced today in the classroom by the defense that recently received it via e-mail, was shot in Khartoum on 11 and 12 October 2015 , where it is customary to  celebrate in two separate and consecutive days. Contacting the defense lawyer Michele Calantropo was, on 5 May,  Yafeit fessehazion Ghebregziabhier, now residing in Calgary, Canada, who on his own initiative decided to look for him to send him the video in question. Also declaring to know both: Behre would have lived with a friend of his, while Mered would have met him just that fateful day at the wedding, "that was the first and also the last time I saw him".

But impossible to get close to him. To defend The General , in fact, there is a host of loyalists all around, constantly surrounding him in the frenzy of typical dances. Yafet also writes to the lawyer that he was in Sudan from September 2009 until June 2017. "With the video  , the effigy of the real trafficker is seen even better than in the photographs and shows once again that the whole Eritrean community recognizes the trafficker Yehdego Mered depicted in the picture also spread in the order ". A further proof, which adds to what has already been put together in these two years of process. Not to mention the numerous spontaneous manifestations organized by members of the Eritrean community in the world, intent on making their voices heard and mobilizing to show that the man in prison is not the trafficker that everyone believes they have captured. 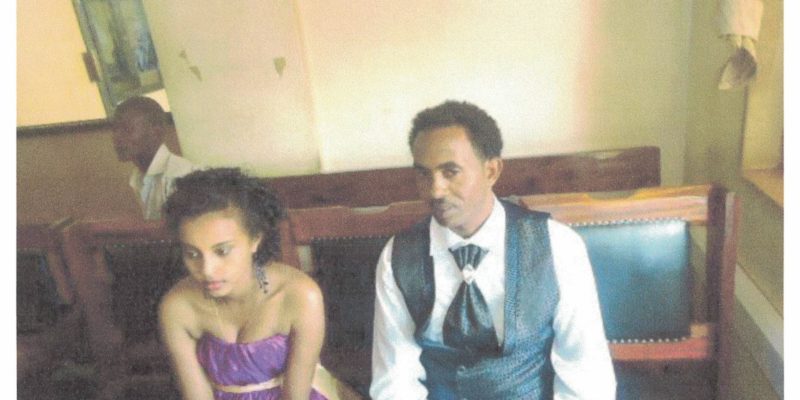 Medhanie Tesfamariam Berhe remains in jail, accused of being the human smuggler named Mered, who is held responsible for the Lampedusa shipwreck tragedy of October 3, 2013. However, in the meantime Mered has reportedly been seen in Uganda, his child’s DNA exculpates the man in prison, and other testimonies keep hinting at a case of mistaken identity, which in turn means a failure for Operation Sophia.
-