TimesOfIsrael.com: Israel to ally with Arab neighbors around Red Sea in bid to save world’s corals 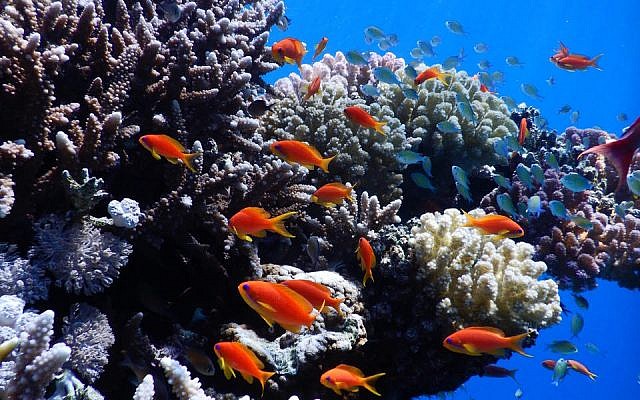 The Red Sea Transnational Research Center will study thousands of types of fish and coral found in the Red Sea, like these photographed near Eilat by Professor Maoz Fine in 2019. (courtesy Maoz Fine)

In a race to save the colorful corals that dot the shores of the Red Sea, Israel has joined a unique regional collaboration along with seven other majority-Muslim countries, many of whom do not have diplomatic relations with the Jewish state.

The Red Sea Transnational Research Center, to be managed by the Swiss Federal Institute of Technology in Lausanne, will study the Red Sea’s vast coral reefs and how they have managed to resist bleaching effects that have led to the imminent collapse of other reefs around the world.

The alliance will include all the countries that border the Red Sea: Israel, Jordan, Egypt, Sudan, Eritrea, Djibouti, Saudi Arabia and Yemen. Israel only has diplomatic relations with Jordan and Egypt.

The Swiss institute will act as a “neutral umbrella,” to oversee the research and liaison between the countries, according to Israeli researcher Professor Maoz Fine, a marine biologist from the Mina and Everard Goodman Faculty of Life Sciences at Bar-Ilan University.

In 2017, Fine and the Swiss University, known by its French initials EPFL, announced that coral in the northern Red Sea was highly resistant to the bleaching effects that come from rising global temperatures. “In the last 30 years we have lost 50% of the coral around the world,” said Fine.

When water temperatures rise with global warming, coral cannot survive, leading to huge swaths of coral dying. As the coral dies, the millions of fish that depend on the coral for protection and food also perish. “Now in French Polynesia and Sri Lanka and other places there are huge bleaching events, it’s really happening in a very small time frame that we’re losing the corals,” said Fine. 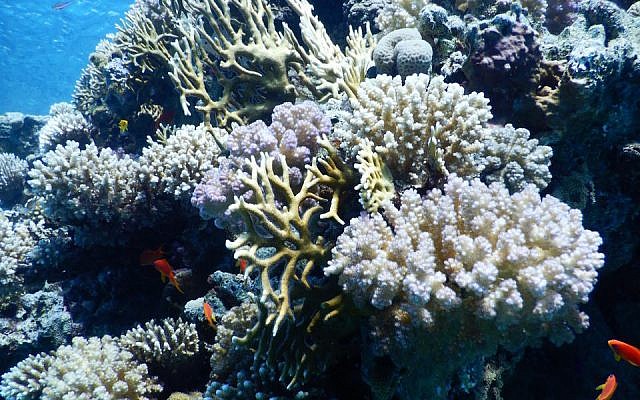 Researchers may be able to pinpoint which genes allow corals in the Red Sea, like these photographed near Eilat in 2019, thrive despite rising temperatures. (courtesy Maoz Fine)

But the Red Sea has acted as a type of “thermal refuge,” with corals able to withstand experiments that exposed them to higher and higher temperatures and acidification, mimicking what future summer conditions could entail. The same type of corals that live in the Red Sea are also found in other parts of the world experiencing widespread bleaching.

Fine and his Swiss teammates wanted to pinpoint which genes allow the coral to survive higher temperatures, in the hopes that their research can help other corals become more resilient to global warming. But they found that the data for other parts of the Red Sea was severely lacking, both in quantity of data as well as in the quality.

With the Transnational Research Center, Swiss researchers will work individually with each country to place hundreds of monitors around the Red Sea, which will upload data in real time to a cloud-based database run by EPFL. The monitors will upload data points tracking things like temperature, current, and wind. 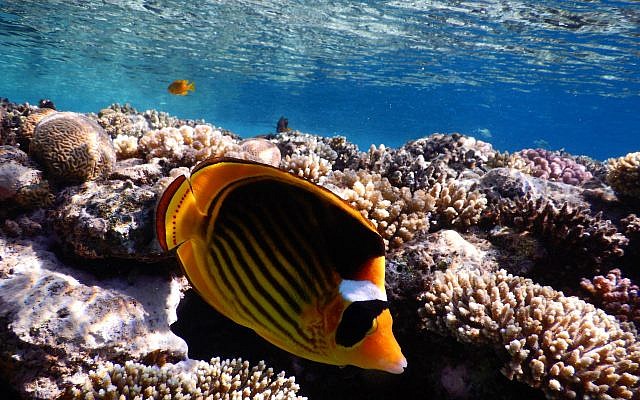 The Red Sea Transnational Research Center will include researchers from all the countries along the Red Sea, including Israel, Jordan, Egypt, Yemen, Eritrea, Djibouti, Sudan, and Saudi Arabia, studying fish and coral like these, photographed near Eilat in 2019. (courtesy Maoz Fine)

Despite being in the same alliance with Israel, Fine said countries that are not comfortable working with any other countries could limit their activities to their own borders and still allow the Swiss to act as a clearinghouse for the data.

“If countries don’t want to work together, they can work only in their own country,” he explained. The Swiss researchers will help ensure that the data is collected uniformly across the region.

Fine said in the second stage, he hopes that all of the researchers will be able to gather in Switzerland to discuss their findings, though he acknowledged that step is still a long way off.

“Right now, all of the countries are now acting as if they’re the only ones in the room,” said Fine. “They’re not asking other countries what they need, and that can negatively affect things like the environment and tourism.”

There are other models for neutral countries spearheading regional research projects, including a Swiss-led project between Israeli, Palestinian, and Jordanian researchers focusing on utilizing barn owls to control rodent infestations rather than pesticides.

However, the Red Sea Transnational Research Center is the largest initiative in the region, both for the number of countries involved as well as the enormous area and complexity of the ecosystems being studied. According to Fine, the area of research includes more than 2,000 kilometers of coastline and 14,500 kilometers of reef. 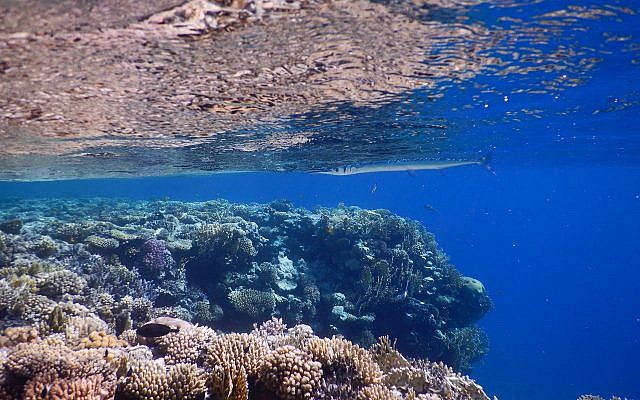 Corals in the Red Sea are known for their diversity and bright colors, like these photographed near Eilat in 2019. (courtesy Maoz Fine)

While the research might be important to help endangered coral around the world, Fine said the best thing to do to slow the decline of reefs around the world would be to tackle global warming.

“The most important thing to do is to lower the CO2 emissions to stop global warming, and also deal with local pollutants that lower the resilience of the reefs,” he said.

Oceans also absorb about one-third of the carbon dioxide released by human activities, resulting in increasing acidification that is harmful to corals.

The center will also study other things that effect the Red Sea ecosystem, including agriculture, urbanization, illegal fishing and industrial waste.

Egypt’s rebounding tourism, for example, has placed extra stress on the fragile coral reefs off of the Sinai Peninsula. 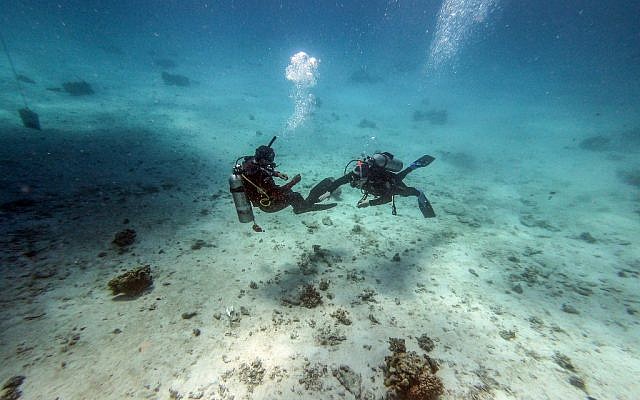 Fine also hopes that the Transnational Center can be a model for future research projects with countries in the area, that might otherwise be loathe to cooperate directly with Israel.

“I think that’s the motivation of the Swiss, because they’re not exactly a place that’s super interested in corals,” said Fine. “They are looking at the idea of ‘diplomacy for science, science for diplomacy.’ This can really advance diplomacy in the area.”

“Everyone in the region is interested in conserving the corals,” Fine added. “It’s a really important thing to cooperate and to advance regional cooperation for science and the environment.”