Yemane Gebreab optimistic about the future of Eritrea and Ethiopia peace. Watch video. 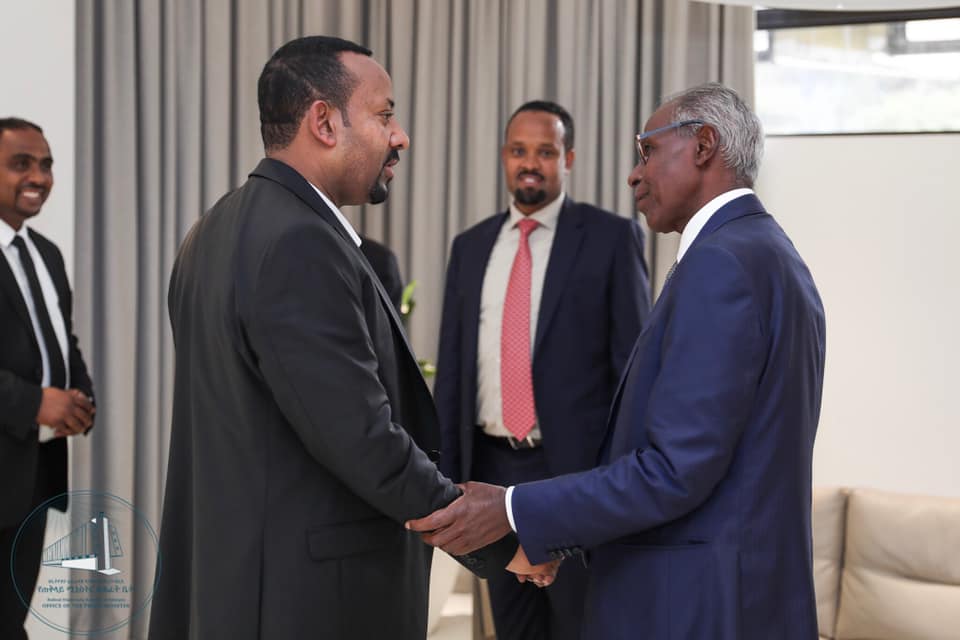 Eritrean high level delegation has arrived in Ethiopia on Wednesday. Yemane Gebreab, Eritrea’s political affairs head and adviser to President Isaias Afeworki, was in the delegtion.

In an interview with Fana Broadcasting Corporation (FBC), he recalled that it was during Eritrea’s Martyr Day speech that President Isaias announced his decision about sending peace delegation to Ethiopia.

He also said that Osman Saleh, Eritrea’s Minister of Foreign Affairs, and himself met with Prime Minister Abiy Ahmed.

Two issues were raised during the meeting, according to Yemane Gebreab. The peace between Eritrea and Ethiopia and there seem to be common understanding that it is going well.

They also discussed about measures that need to be taken to strengthen the relation between the two countries, and also between the people of Ethiopia and Eritrea.

Yemane also said that the peaceful relation between Ethiopia and Eritrea brought about positive impact and spirit of cooperation in the Horn of Africa.

He also remarked that building peace takes time and a lot of work. Watch his remarks from the video below (in Amharic)

Yemane Gebreab optimistic about the future of Eritrea and Ethiopia ...