Six days before the great start of the Tour de France, Cofidis will announce its squad that will participate in the most prestigious race of the year. A versatile and experienced team that has already proven its ability to fight and shine on all fronts. The riders will do everything to raise the colors of Cofidis throughout the 3 480 km of this 106th edition of the Tour de France, the 23rd in the history of our training. 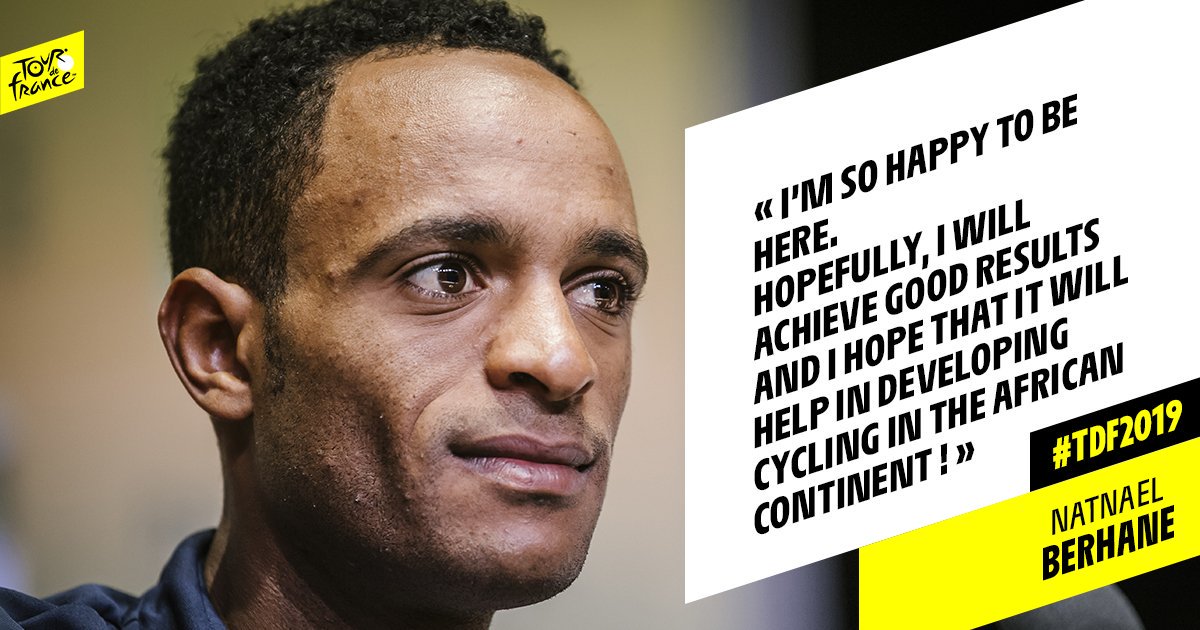 Six days before the great start of the Tour de France, Cofidis will announce its squad that will participate in the most prestigious race of the year. A versatile and experienced team that has already proven its ability to fight and shine on all fronts. The riders will do everything to raise the colors of Cofidis throughout the 3 480 km of this 106th edition of the Tour de France, the 23rd in the history of our training.

They are ready to dive into the big bath. Next Saturday, the eight Cofidis riders will start the Tour de France with an overflowing desire and ambitions to spare. The northern formation is proud to lift Monday the veil on the eight riders who will defend its colors during the most prestigious cycling races in the world.

This team is experienced: seven of the eight riders have already participated in the Great Loop and all already know the requirement for a great Tour. Cofidis presents a training composed of six tricolor riders, which confirms the vitality and good health of the French cycling at the highest level.  Cofidis, several strings to his bow!  This strength will allow Cofidis to fight on all fronts. The team will be able to count on

Jesús Herrada (28) particularly fit in recent weeks, to shine as soon as the road rises. Christophe Laporte (26) will be the centerpiece of the team in case of sprint finish. He can also take advantage of his adventurous qualities to win a transition stage. The regularity of Nicolas Edet (31 years old) and his ability to fight with the best will be valuable assets for the group.

In addition, several riders will be able to play their card while slipping in escaped. This is the case of  Stéphane Rossetto (32), also very comfortable in the timed exercise, and  Natnael Berhane(28 years old), recent champion of Eritrea, who have already proved it during the last Criterium du Dauphiné. Natnael will also serve as a pilot fish for Christophe Laporte.

Pierre-Luc Périchon (32 years old), a valiant captain of the road, is also able to take the brink of the game in case of arrival in small committee, just like Anthony Pérez (28 years old), loyal lieutenant, and Julien Simon (33 years old) ). The latter will also have the responsibility to support Christophe Laporte during the sprint finishes, as he had done on the stage of Pau last year where Christophe had come close to winning the stage. With this workforce rich in promise and great prospects, Cofidis is now in order of battle for the big departure!

THE DECISION OF CÉDRIC VASSEUR, SPORTING
MANAGER OF COFIDIS

"We wanted to align the team that we thought was as supportive as possible . All these runners show a strong solidarity and a good team cohesion, which is essential in a competition as long and demanding. Moreover, we wanted to have runners familiar with the automatisms of victory . All have already won one or more races in recent times: if they find themselves in a position to win a stage victory on the Tour de France, they will already have this valuable experience.

"Show the Cofidis jersey on all terrains"

The team will also be versatileand able to show the Cofidis jersey on all terrains. To reduce oneself only to one type of ground would have been a mistake. Finally, one of the determining factors to compose the team was the physical freshness, related to the number of days of racing since the beginning of the season. This also allowed us to achieve good results at the Vuelta last year.

With this team, I am confident that we will have the ability to give everything . We are convinced that this is the best team we could line up to shine on this Tour de France. "
Here is our selection for Le Tour de France

The boss of the French cycling team Cofidis was Monday the guest of TV5MONDE. Five days before the start of the Tour de France in Brussels, Cédric Vasseur reveals the names of the eight riders involved and his strategy to shine on the Great Loop.
Duration:
6m07