NATNAEL BERHANE: I WANT TO INSPIRE ALL AFRICAN RIDERS 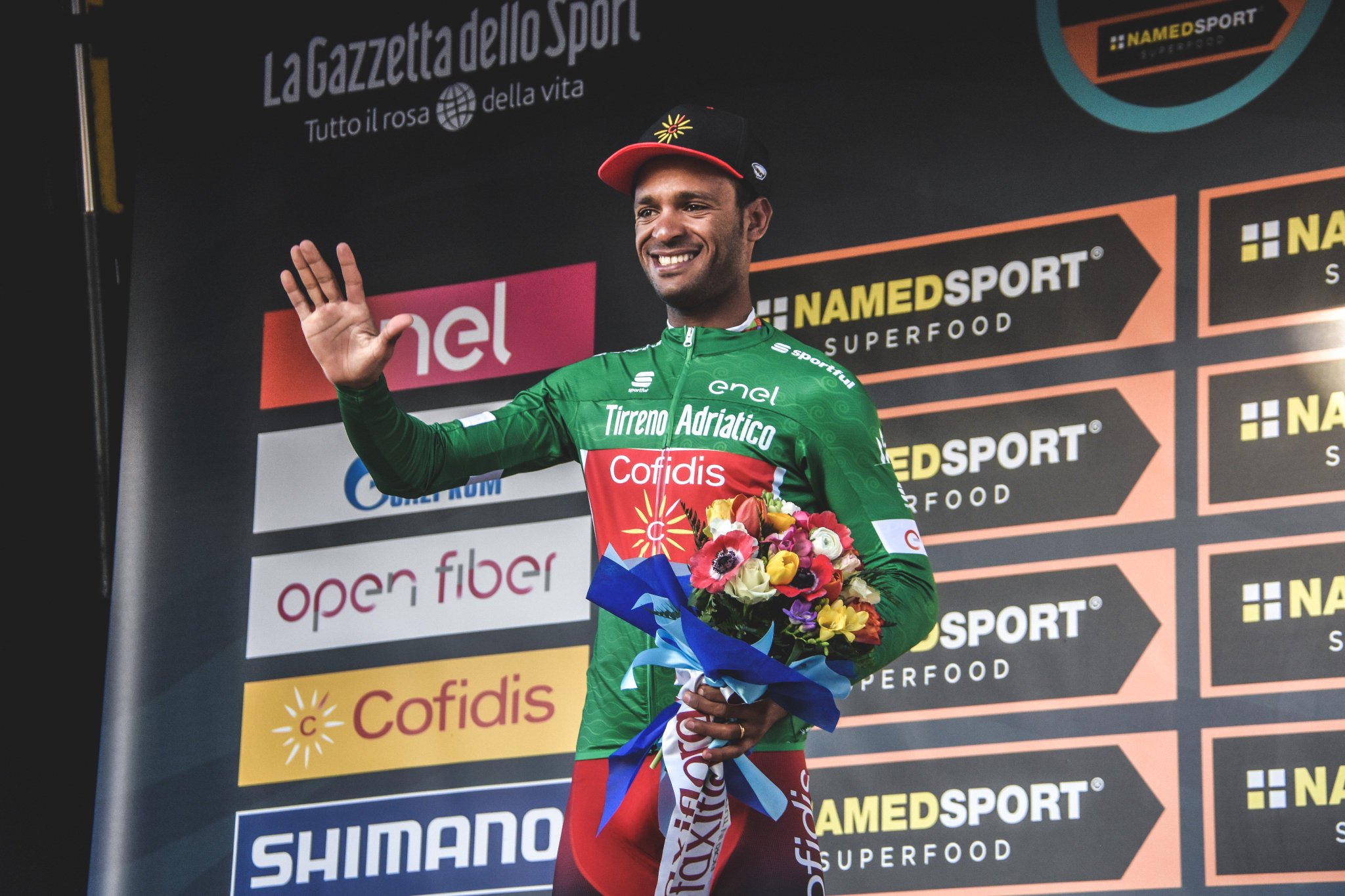 It’s my first year with Cofidis, Solutions Crédits and to be selected for the Tour de France in a French team makes me grateful. The selection surprised me, especially as there is only space for 8 riders to go to the race.

I’ll be racing in the Eritrean national champion’s jersey. I don’t feel pressure carrying the flag, but rather it gives me a lot of extra motivation to come to the Tour and represent my country. I say “extra” motivation because usually my motivation is always high.

I’ll tell you why.

It’s because I know I’m not just racing for myself.

I know what getting a good result in a race like the Tour de France would mean. All African riders have the dream to come here and I want to show them it’s possible with hard work.

The hardest thing in my life so far has been getting to Europe to chase my dream of being a professional. Learning how to race, how to live and be a professional in Europe was a steep learning curve. I was lucky to be given the opportunity to race with the UCI World Cycling Centre for two years in 2011 – 2012 which opened my eyes to racing in Europe.

Daniel Teklehaimanot was there the year before me and was the one to make a way for us. He made sure people started taking notice of African riders. I won the Tour of Eritrea in 2010 and finished second in the Tour of Rwanda, winning a stage too. Those results showed my potential to the UCI. I went to the Tour of Gabon at the beginning of 2011 and won a stage in front of big riders. Sylvain Chavanel was there, Nacer Bouhanni, Jerome Pineau and big teams like Quick Step.

But those early results, for me, is only the beginning. I know I’ve been a professional for 7 years already but I feel like I am only getting started. I have so much to achieve and am hungry.

My best result in the World Tour so far is third place in Tirreno Adriatico. My next goal is to win a World Tour race. This is my dream I am working towards. This year I went in the breakaway in Catalunya, Tirreno and the Dauphine. It didn’t work out but eventually I will stay away and I will win.

Now I’m in the Tour and you better believe I will be hunting that stage win.

Natnael on the attack while wearing the KOM jersey in Tirreno-Adriatico (Photo: LaPresse/Fabio Ferrari)

Before me there weren’t many African riders in Europe to inspire me. My favourite rider at that time was Andy Schleck. I was a crazy Andy fan. In 2008 when he raced the Tour and won the young rider’s jersey, he inspired me so much. I told myself I want to be in the Tour de France one day and I want to race in the same peloton with Andy. In 2014 I was in the breakaway with him on stage 3 of Vuelta Ciclista al Pais Vasco. It was an amazing moment. I am here attacking with this guy who inspired me. I just followed his wheel thinking, is this real or am I drinking?

I was a Frank Schleck fan too. In 2015 I was in the Tour of Utah and in the last two stages I was in an attack with him. I finished third on both the last stages with Frank behind me on my wheel. I was big supporter of him and to beat him gave me extra motivation to move forward in my career and work even harder.

It’s not easy to be in the World Tour. You have to stay motivated and work really hard. But I have shown it’s possible and I hope to continue for more years to inspire the next generation of riders who will come behind me. Sometimes people ask me if I wasn’t riding my bike, what would I be doing? I don’t even think about that. I am so focused on my career and don’t think about anything else.

My father motivates me to be focused on the bike. He has been like that since I was a kid. My family is such a great support to me. When I was racing the national championships last week, my mother and father were both on the side of the road supporting me. I can’t tell you how much it motivates me. I went home after the Dauphine for two weeks to prepare for the national championships. Going home always gives me perspective and motivates me to work harder. I understand what this opportunity I have means.

I’m hoping a lot more Continental teams will hire African riders in the future. The riders just need the opportunity. The talent is there. When I won the Eritrean national championships last week, there was a young rider, Robel Tewelde who finished third. I can’t tell you how strong he is. He was in the breakaway from the first kilometre then managed to stay with me and another Dimension Data Continetal rider when we went full gas towards the finish and still got on the podium for the bronze medal.

There are many riders in Africa that just need the chance, I’m not only talking about Eritrean riders. I feel like I represent the continent so when you see me or Merhawi Kudus of Tsgabu Grmay putting our hands in the air in the future, you will know what it means for the continent.