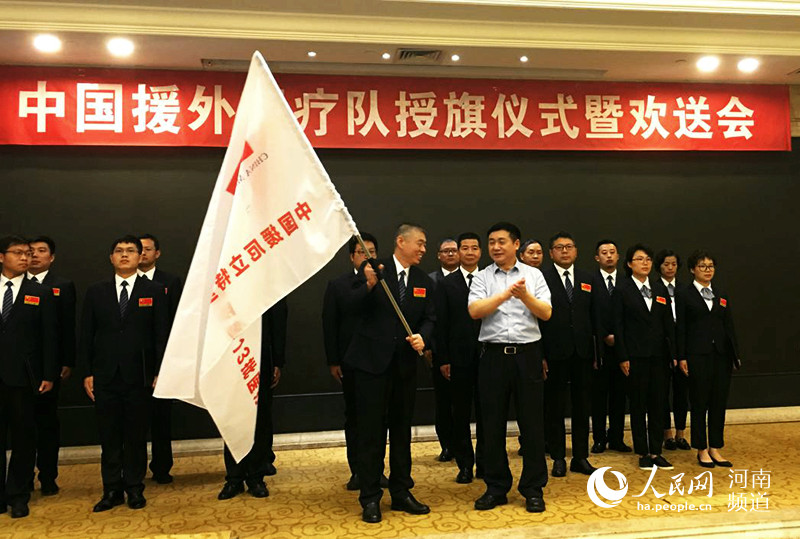 The director of the Provincial Health and Health Committee gave a full message to the 13th batch of medical teams in Eritrea and congratulated Zhao Shuaijie.

With an average age of 39, the 18 members of the Chinese medical team are from hospitals and colleges in Henan. After six months of training, they will work in Eritrea for more than 400 days.

In order to meet the needs of the recipient country, the medical team will strengthen the operation and management of six completed projects including a Chinese medicine center, maternal and child health center and trauma center, promote exchanges and cooperation in traditional Chinese medicine technologies and establish a mechanism for prevention and control of infectious diseases.

Since 1973, Henan Province has dispatched 57 medical teams to the developing countries and regions, providing over 7 million treatments for people living in the regions and carrying out more than 57,000 operations, according to the provincial authorities.