Sergio Higuita (EF Education First) took a solo victory on stage 18 of the Vuelta a Espana. Primoz Roglic (Jumbo-Visma) finished in 2nd and Alejandro Valverde (Movistar) was 3rd.
It was another big climbing day at the Vuelta Espana with four category one climbs on the menu of the 177km stage. Team Dimension Data were once again looking to find the early break and so were very active in the opening kilometers. 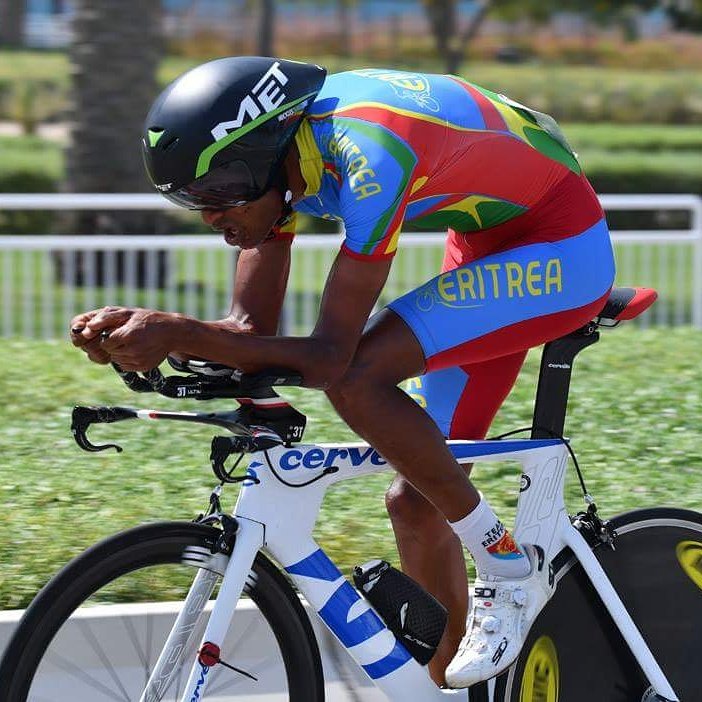 Unfortunately for us, disaster struck early as Amanuel Ghebreigzabhier crashed heavily into some street furniture while following a counter attack move. Our young Eritrean who was having a stellar Vuelta Espana, sitting in 20th position overall, had to abandon the race as a result of the crash.

Scans at the nearby hospital later revealed there were no serious injuries for Ghebreigzabhier but a laceration on his arm did require stitches.

The race continued though and Louis Meintjes was on a good day, as he managed to make the 13-rider break of the day, that went clear over the top of the first mountain of the stage.

Meintjes would later attack the breakaway, on the penultimate climb of the stage, but the GC battle was heating up a little further behind them. By the time they hit the descent the race had a coming together of breakaway survivors and the top GC contenders, bar Higuita who was still just up the road.

The final climb created another slight shake up but Higuita remained out front ahead of a first chase group consisiting of Roglic, Valverde, Majka and Lopez. Meintjes was in the 2nd chasing group, joined by Hagen, Quintana and Pogacar.

That is how the race would remain to the line with Meintjes taking a good 7th place finish at the line for us.
Details: http://bit.ly/LaVuelta_18TDD
Back to Dehai News