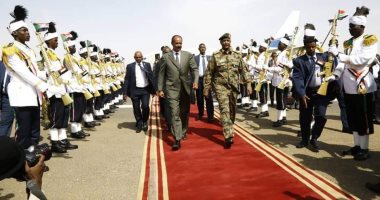 Eritrean President Isaias Afwerki arrived in the Sudanese capital on Saturday for a two-day official visit during which he will discuss with Sudanese leaders the bilateral relations between the two countries and ways of supporting and developing them .
According to the Sudanese News Agency, he was received at Khartoum airport by Lieutenant General Abdul Fattah Al Burhan, Chairman of the Transitional Sovereignty Council and a number of ministers in the government.

The Eritrean president is scheduled to meet Burhan, Prime Minister Abdullah Hamdouk and Mohammed Hamdan Doklo, a member of the Sovereignty Council and commander of the Rapid Support Forces . 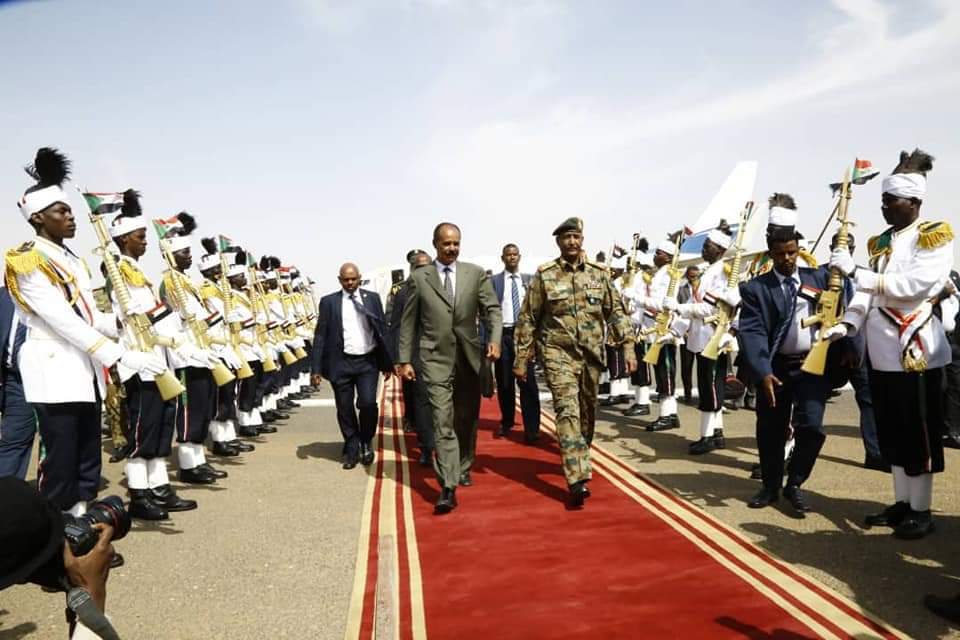 Al Burhan and President of Eritrea 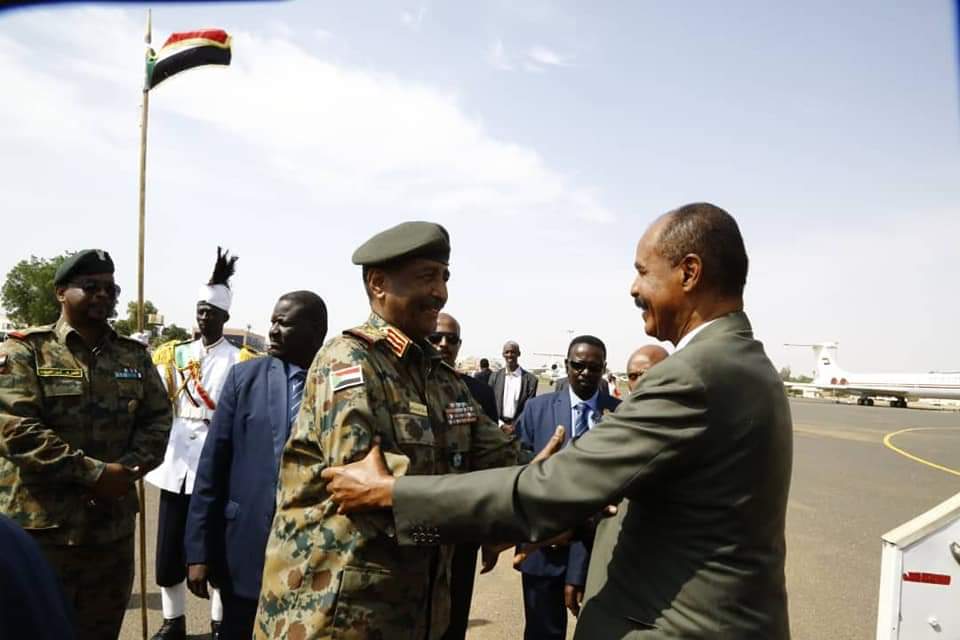 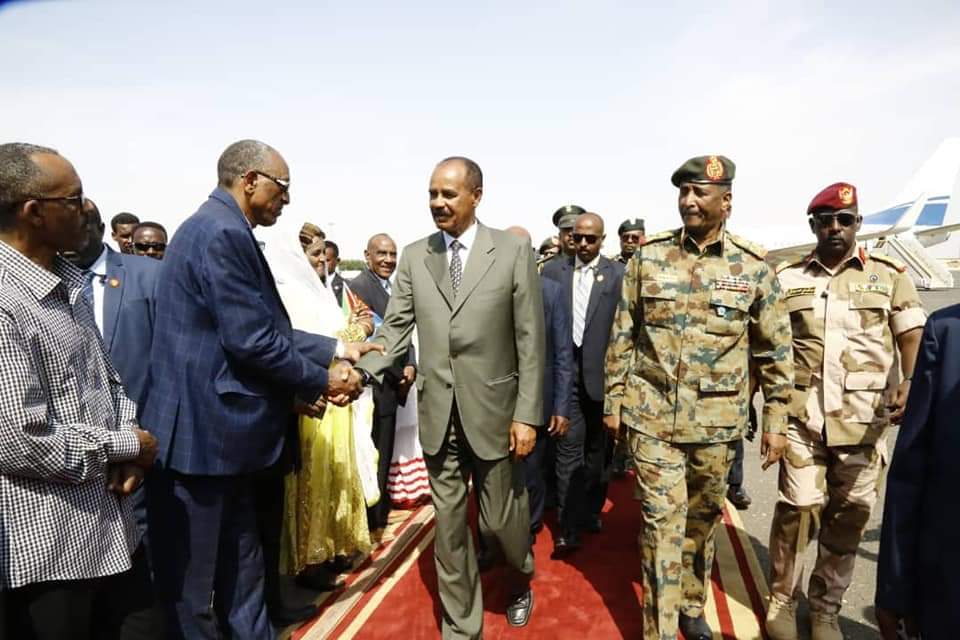 The Eritrean President shakes hands with the government delegation 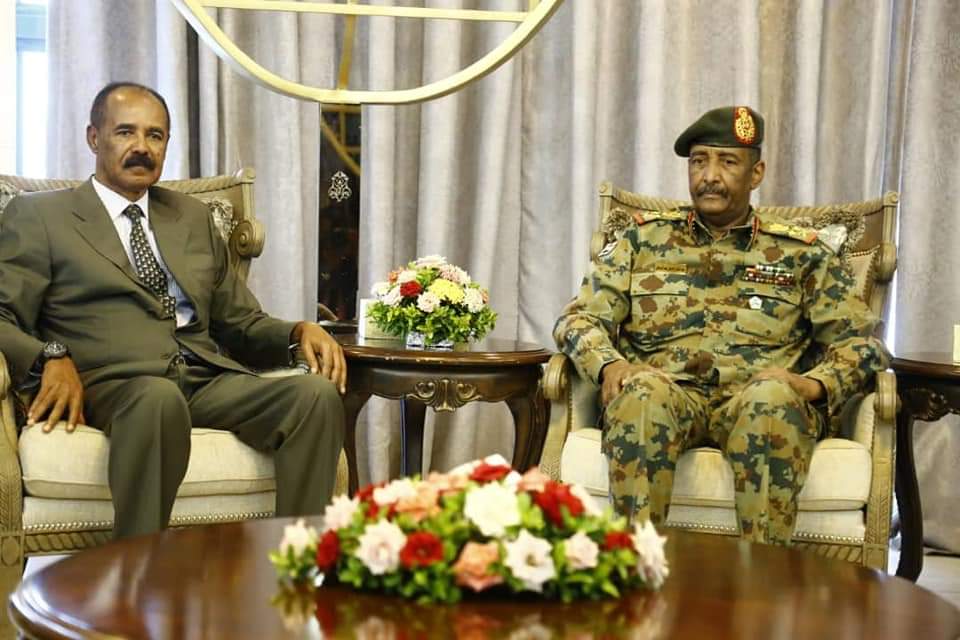 Meeting of Al Burhan and the President of Eritrea