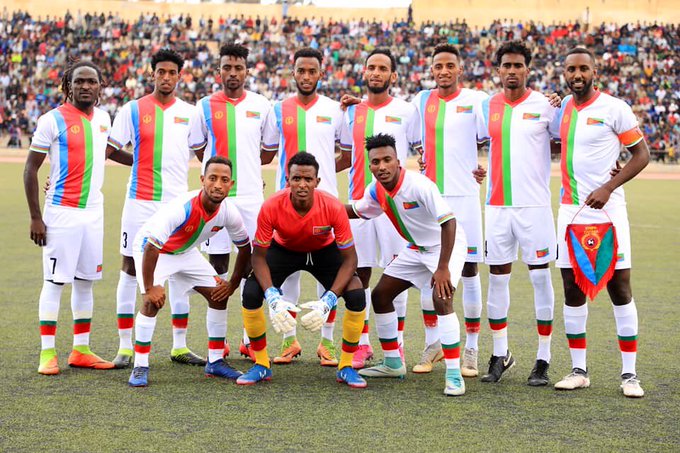 Red Sea Camels, Eritrea's national football team
(Press Statement)
Sport in Eritrea 'Alternative Facts & Fake News'
The arbitrary hostility exhibited against Eritrea over the years has been manifesting itself in different ways, one of which is through media outlets which maliciously disparage Eritrea.The Telegraph’s recent article alleging the National team had to pay a £5,600 bond to secure their participation in the World Cup qualifier game in Namibia and a further comment that this has apparently become the norm, is both disgraceful and has the unmitigated honour of being a classic example of lazy journalism.One does not need to exert much effort to discover the fact that the Eritrean government has never set such preconditions on Eritrean athletes competing outside the country. In fact, the National cycling team will be in the UK participating in the UCI Road World Championships in the next few weeks.It should not be beyond the bounds of reasonable expectations that a reputable news outlet like The Telegraph, to implement procedures of vetting and verifying information prior to publication. But, had the paper carried out the most rudimentary of fact checking, it would have been spared the embarrassment of publishing an inaccurate and patently false article written by Adrian Blomfield, The Telegraph’s Africa Correspondent on 11 /09/2019.Had both the writer and the editor carried out the most basic vetting of its solitary source, Radio Erena, it would have found out that their source was unreliable, and had the habit of regularly broadcasting stories which were far removed from the truth and a mere product of the figment of the imagination of its contributors.In the event where a news outlet, especially one that deems its itself to be reputable and claims to adhere to high standards, publishes an inaccurate article, it would be expected of it to make a formal correction and issue an apology.Information & Communication AffairsEmbassy of the State Eritrea to UK & Ireland
---------------------------