ModernDiplomacy.eu: Who is Ethiopian Premier Abiy Ahmed, winner of 2019 Nobel Peace Prize for Eritrea Accord? 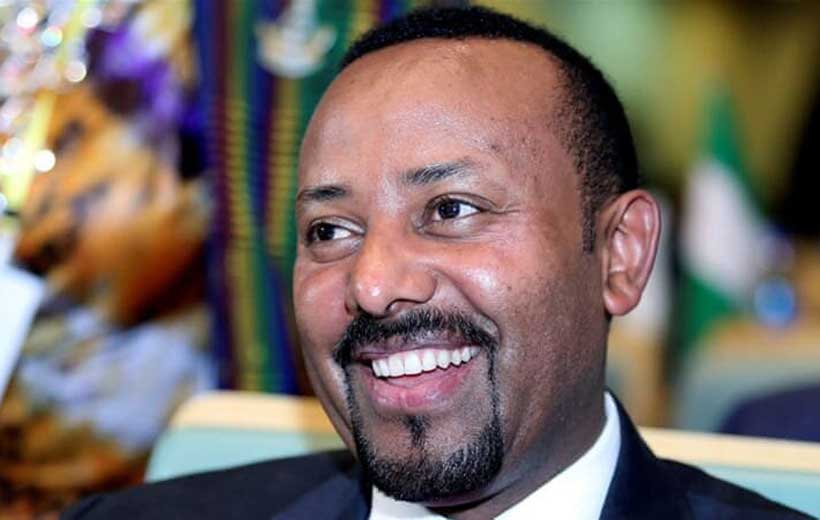 Ethiopian Prime Minister Abiy Ahmed has been crowned the winner of the 2019 Nobel Peace Prize for “his efforts to achieve peace and international cooperation” with his neighbor, Eritrea, beating 16-year-old climate activist Greta Thunberg.

The prize was awarded on Friday for “his efforts for peace and international cooperation and for his decisive initiative to resolve the border dispute with Eritrea”. He has been accredited by the Norwegian Nobel Committee with ending the two-decade-long conflict between Ethiopia and Eritrea as they announced the award in Oslo on Friday night.

“When Abiy Ahmed became Prime Minister in April 2018, he made it clear he wishes to resume peace talks with Eritrea,” the committee said.

“In close cooperation with the President of Eritrea, Abiy Ahmed quickly worked out the principles for a peace agreement to end the long no peace stalemate between the two countries.”

Ahmed collaborated with Eritrean President Isaias Afwerki on a peace deal to end two decades of conflict and restored relations in July 2018 after years of hostility.

Since he took the reins of the second-most populous country in Africa in April 2018, the forty-three-year-old politician, also, lifted “state of emergency” in the country, granted amnesty to thousands of political prisoners, ended media censorship, legalized once-banned opposition groups, dismissed military and civilian leaders suspected of corruption and greatly increased the influence of women in Ethiopian political and community life “.

The country has one of the world’s few “gender-balanced” Cabinets and a female president, a rarity in Africa.

And for the first time, Ethiopia had no journalists in prison, media groups noted last year.

A statement from Prime Minister Ahmed’s office said that since taking office in 2018 he has made “peace, forgiveness, and reconciliation essential elements of his administration”.

“This victory and recognition is a collective victory for all Ethiopians and a call to strengthen our determination to make Ethiopia the new horizon of hope, a prosperous nation for all,” the statement added.

More recently, it has expanded its program of opening up a largely state-controlled economy and is now putting all its weight behind it to hold inclusive legislative elections in May 2020.

This year’s peace prize was the 100th to be awarded. According to the Nobel Institute, 301 candidates were vying for this year’s Peace Prize, making it the fourth highest prize ever. The record was 376 candidates in 2016. However, the list of candidates is revealed only 50 years after the awarding of the prize.

His supporters trust in his inexhaustible personal ambition to move the country forward. “I always told my friends: When this guy goes to power, you will see huge changes in Ethiopia,” says businessman Tareq Sabt, a close friend of the Prime Minister.

“We were fetching water from the river”

Born from a Muslim father and a Christian mother in a small town in the center west, Beshasha, Abiy Ahmed “grew up sleeping on the floor” in a house that had neither electricity nor water. “We were fetching water from the river,” he said in a September interview with Shepher FM radio, adding that he had only discovered electricity and asphalt after the age of 10 years. He holds master degrees in business administration and transformational leadership and a Ph.D. in traditional conflict resolution.

As a teenager, he became involved in the armed struggle against Mengistu Haile Mariam’s regime. The young man, a radio operator, taught there by necessity the language of the Tigrayans, the ethnic group with a large majority in this struggle which will form the hard core of the regime after the fall of Mengistu in 1991.

He, then, began a linear rise in the ruling coalition, the Ethiopian People’s Revolutionary Democratic Front (EPRDF), first in the security apparatus, then in politics.

He climbed the ranks of the army to become a lieutenant-colonel and in 2008 will be one of the founders of the National Intelligence Agency (INSA). In 2010, he swapped the uniform for the politician costume. He became a member of the Oromo party, a member of the ruling coalition and, in 2015, Minister of Science and Technology.

At the end of 2015, a popular anti-government protest movement grew in the two main communities of the country: the Oromo, where Abiy Ahmed was born, and the Amhara.

He’s the only one who could save the EPRDF

The movement, although violently repressed, eventually carried off Prime Minister Hailemariam Desalegn, symbol of a coalition unable to provide answers to the aspirations of youth. In desperation, the EPRDF appointed Abiy Ahmed to save the situation, making him the first oromo to hold the post of prime minister. “It’s the only one who could save the EPRDF,” said Mohammed Ademo, a journalist who accompanied Abiy Ahmed on his first visit to the large Ethiopian diaspora in the United States in 2018. “My feeling is that he has been preparing for this moment all his life.

In fact, once in power, he multiplied the initiatives on the regional scene. In addition to the dramatic rapprochement with Eritrea, a nation that shares deep ethnic and cultural ties with his country, thus, conflict separated their families, complicated geopolitics, and claimed more than 80,000 lives, he played an important mediating role in the Sudanese political crisis and tried to revitalize the fragile South Sudanese peace agreement.

In mid-2018, he was targeted by a grenade attack at a rally in Addis Ababa. A large group of soldiers confronted him in his office in what he called an attempt to derail his reforms. During his interview on Sheger radio, he said: “There have been many attempts so far, but death did not want to come to me.”

The prize, consisting of a gold medal, a diploma and a check of 9 million Swedish crowns (approximately 830,000 euros), will be awarded in Oslo on 10 December, the anniversary of the death of its founder, the industrialist and philanthropist Alfred Nobel (1833-1896).

In a will written a year before his death, the inventor of dynamite had wished to see rewarded “those who over the past year have rendered humanity the greatest services.”

As a reminder, Nadia Murad and Denis Mukwege jointly won the award in 2018. Murad, a 26-year-old Yazidi woman, became the voice and face of those who survived the sexual violence perpetrated by the terrorist group “ISIS”.  Dr. Mukwege, aged 64, is a Congolese gynecological surgeon who has treated thousands of women in her war-torn country.

Since 1901, 99 Nobel Peace Prizes have been handed out to individuals and 24 organizations. While the other prizes are announced in Stockholm, the peace prize is awarded in the Norwegian capital, Oslo.

This week, 11 Nobel laureates have been named. The others received their awards for their achievements in medicine, physics, chemistry, and literature.

From our partner Tehran Times