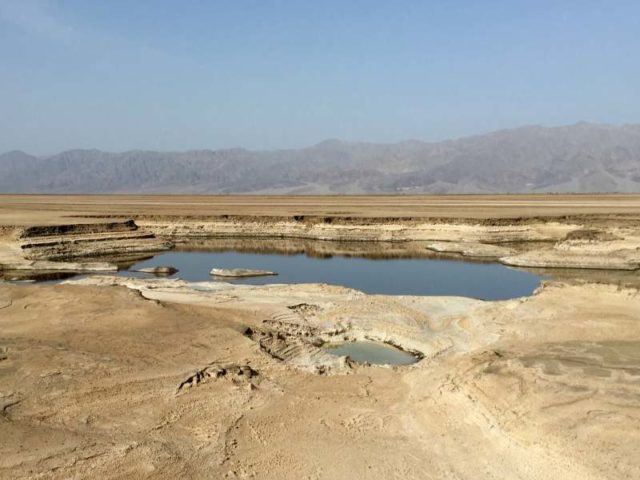 Danakali’s Colluli potash project is located in Eritrea within the Danakil Depression, an emerging potash province that traverses parts of both Eritrea and Ethiopia

Comfortably proven to be able to produce sulphate of potash (SOP) – a premium grade of fertiliser – over an almost 200 year mine life, the company has optionality to expand Colluli’s product suite with a host of potentially viable future products being explored.

The development of the Colluli potash projects coincides with the move towards more peaceful relations between the once feuding countries of Eritrea and Ethiopia.

The countries agreed to jointly sign a declaration of peace and friendship, with peace declared by both parties in July 2018, followed by the subsequent opening up of the border between the two countries in September 2018 and the lifting of sanctions against Eritrea by the United Nations in November 2018.

The current and future demand for potash, as a key input in fertiliser production, is expected to increase substantially in the future, primarily driven by population growth.

This bodes well for the project from a pricing perspective – with SOP price premiums consistently remaining well above US$200/t over the past five years.

Located within the Danakil Depression, an emerging potash province that traverses parts of both Eritrea and Ethiopia, the unexploited potash basin is one of the largest potash basins globally – estimated to contain over 6 Bt of potassium-bearing salts suitable for the production of potash fertilisers.

The company’s Colluli potash project, in the Afar region of Eritrea, has enabled Danakali to establish itself as a prominent player in this large potash basin.

The project’s unique characteristics including the resource grade and size, location and simplicity has been a key positive differentiator to its development, when compared with other potash development players not only in the region, but globally too.

With mineralisation starting just 16 m below surface, extending to 140 m below surface, the Colluli resource is the shallowest known evaporite deposit globally, and is amenable to open cut mining, Wage explains.

Not only does this mining method enable the immediate generation of a final product, but provides higher overall resource recovery at a lower capital cost, when compared with solution mining or brine operations, which have a substantial lead time between the time of the capital investment and the time to generate product and revenue.

The project also carries a significantly lower level of complexity as a consequence of predictable processing plant feed grade and predictable production rates due to low reliance on ambient conditions.

Additionally, the resource is close in proximity to the Red Sea coast, only 75 km away, and only 180 km from the Port of Massawa, which gives the project access to the global export market via one of the busiest trade routes in the world.

This is a significant advantage relative to all other potash development projects in the Danakil Depression, which need to ship from the Tadjoura Port in Djibouti – over 600 km by road from the closest project.

On the brink of construction

Danakali completed a front-end engineering design (FEED) study for Colluli in 2018, which confirmed Colluli as the most advanced and economically attractive SOP Greenfield development project.

Despite this initial production level, the massive 1.1 Mt ore reserve has significant capacity to underpin further expansions and support decades of growth beyond modules I and II.

The FEED study also confirmed the project’s industry leading capital intensity and first quartile operating costs as well as a project level post-tax NPV of $902 million with a post-tax IRR of 29.9% for modules I and II.

Danakali has already secured a 10 year take-or-pay offtake agreement with global fertiliser producer Eurochem for up to 100% (minimum 87%) of module I SOP production from Colluli.

The agreement will not only provide Danakali with cash flow certainty when it enters production but also support the company with global reach, extensive fertiliser technical expertise and experience.

The company met one of its largest milestones in August this year when it closed a US$200 million senior debt facility with the Africa Finance Corporation (AFC) and African Export Import Bank (Afreximbank).

The facility will provide the majority of the total $302 million funding required for construction and project execution of Module I.

The remainder of the year will focus on sourcing the equity portion of the funding package still outstanding followed by the commencement of construction at Colluli towards the end of the year.

Once fully funded, a well-defined, six-phase engineering, procurement and construction management (EPCM) process will be mobilised by the EPCM contractor and the owner’s team.

Phase 1 will entail a review of the FEED study, phase two will focus on refining capital estimates and schedules, while phases three to six will consist of detailed engineering, procurement and construction.

The phased EPCM process is expected to take 24 – 27 months, with first SOP production targeted for early 2022.

Colluli has significant diversification potential beyond SOP production, including the option to produce additional potash and salt products such as muriate of potash (MOP), sulphate of potash magnesium (SOP-M), kieserite, gypsum, magnesium chloride and rock salt.

This product diversification potential hinges on the establishment of a port closer to site, Wage notes.

“Once we have sufficient cash flow coming in from the sale of our SOP product, we will look at the development of our own port facility. We have already completed a high-level port study and identified a potential site for the port which is only 87 km from Colluli.

This will not only reduce the cost of trucking quite dramatically, but will also optimise the economics of the project,” he explains.

The long mine life of Colluli justifies the large capital expenditure as it helps to derisk the project, reduce operational expenditure and also as a more economically viable option, export its by-products and expanded product suite.

While not necessary for module I production, the port establishment will prove economically beneficial when module II comes on line and will be considered from year five of the operation, says Wage.