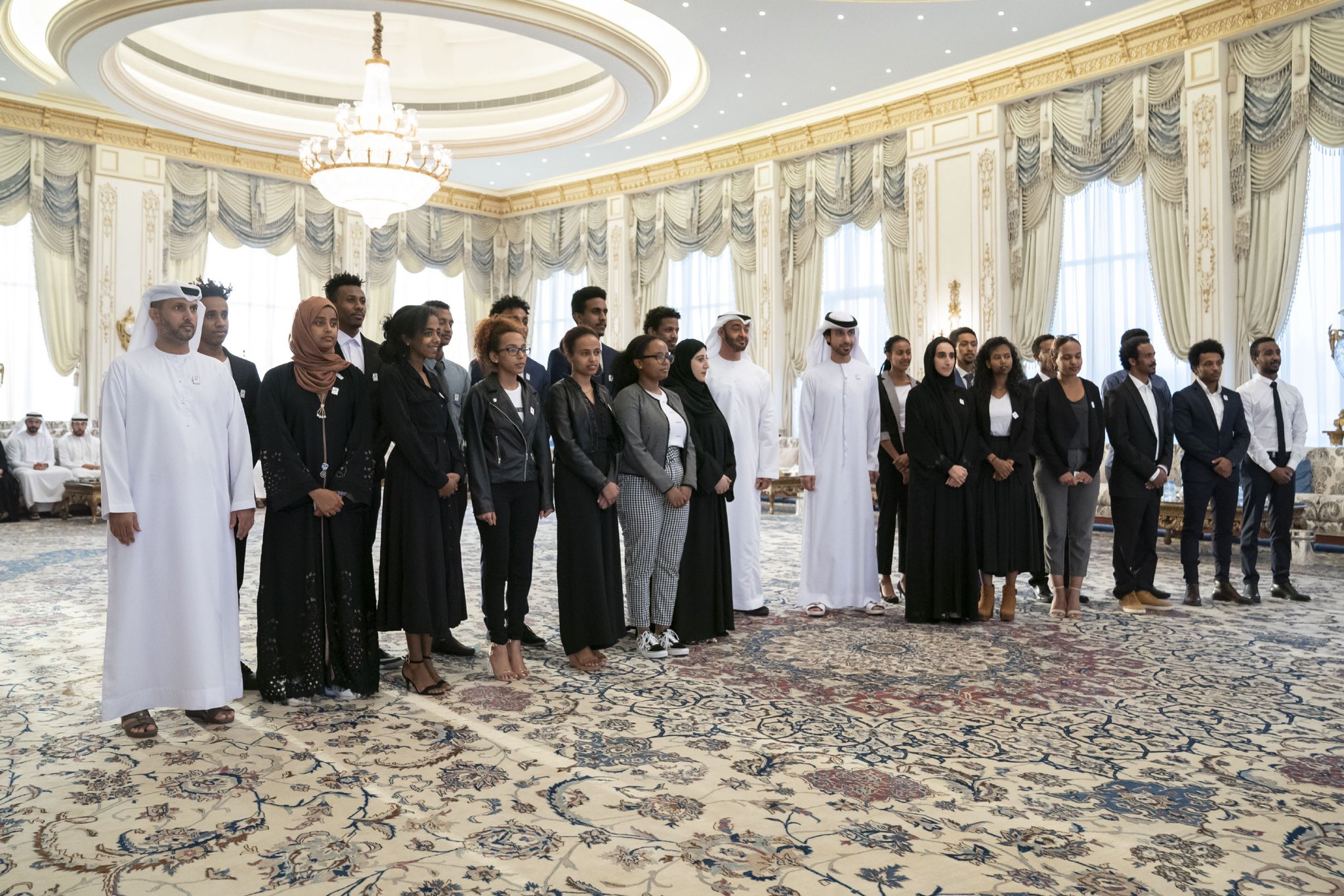 During a meeting held at the Al Bahar Palace in Abu Dhabi, His Highness Sheikh Mohamed bin Zayed welcomed the delegation, stressing that the UAE will continue to support science students, especially those who are talented, creative, innovate and can lead.

"We are keen to provide the appropriate academic environment for outstanding students, to help them continue their scientific careers and contribute to the development of their homelands and communities. We believe in the importance of science and knowledge to the future of nations," he said.

His Highness Sheikh Mohamed urged students to take advantage of available opportunities and initiatives, as well as work hard and persevere, to achieve their goals.

The members of the delegation expressed their happiness at meeting Sheikh Mohamed while praising the UAE’s initiatives and support, which enabled them to continue their education and achieve their hopes and aspirations.