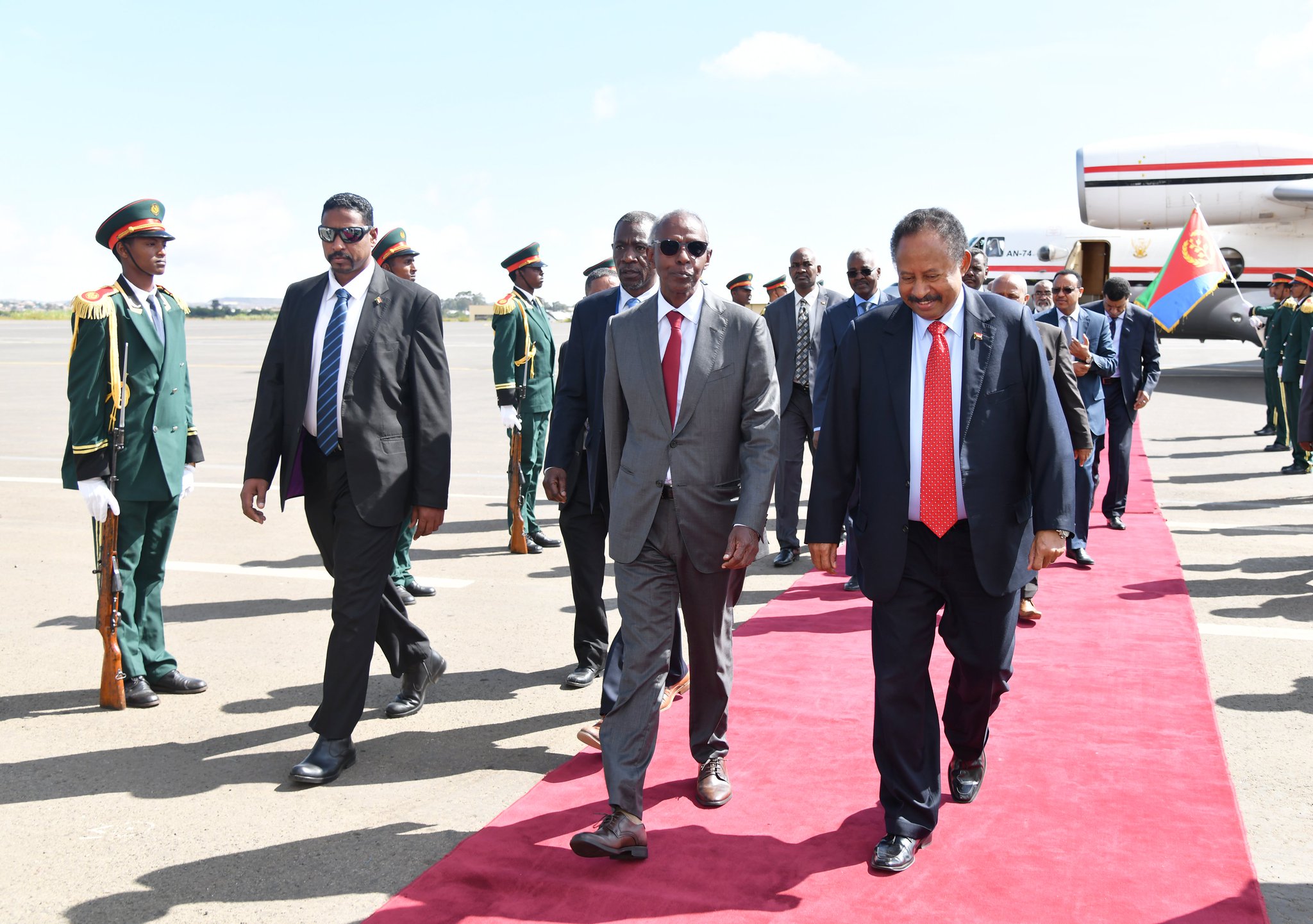 According to a statement issued by the Sudanese prime minister, seen by Anatolia, Hamdok arrived at the head of a high-level delegation, on Monday, to Eritrea for a one-day official visit.

He pointed out that Hamdouk is visiting Eritrea with the ministers of cabinet affairs, interior, industry and trade, higher education and scientific research, infrastructure and transport, and director of the General Intelligence Service.

For his part, revealed Eritrean Ambassador in Khartoum Ibrahim Idris, that Asmara sent an official invitation to the Sudanese Prime Minister to visit at the invitation of Afewerki.

The Sudanese Center for Press Services (close to official circles) quoted Idris as saying that Hamdok's visit is the first to Eritrea since his appointment as prime minister last August.

He pointed out that the meeting discussed bilateral relations between the two countries and facilitating transport and trade, as well as discussing Eritrea's contribution to pushing forward the peace process and achieving stability in Sudan.

Afewerki affirmed his country's support for the new transitional government in Sudan in order to cross it to safety.

In August, the chairman of the Sudanese sovereignty council, General Abdul Fattah al-Burhan, received a written message from Afewerki concerning the strengthening of bilateral relations in all its political, economic, social and cultural aspects.

On June 14, al-Burhan visited Eritrea and agreed with Afewerki to open the border between the two countries and facilitate the normal movement of citizens, following its closure by the regime of ousted Sudanese President Omar al-Bashir for a year and a half.

Bilateral relations between Sudan and Eritrea were strained in February 2018, after the Bashir government closed the border due to mutual accusations of harboring dissidents and fueling smuggling activities.
Related