A Brotherly and Timely Advice to My Eritrean Compatriots. 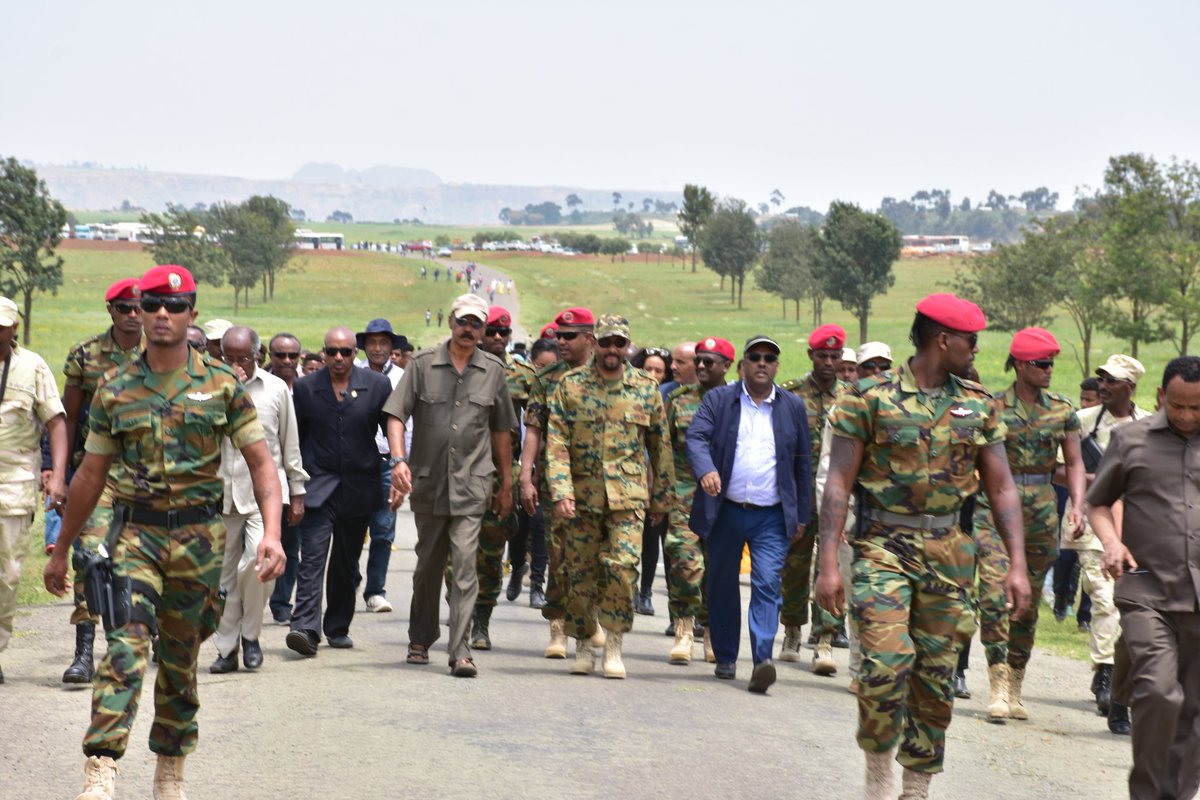 A Brotherly and Timely Advice to My Eritrean Compatriots.

Over the last 20 years, we Eritreans have gone through many challenges. The challenges we faced were highly complex and intertwined with the survival and continuity of our young and beautiful nation, Eritrea. As always, regardless of the significant material and human cost, through our resilience and persistence, we have reached the end of the tunnel. However, it is important to understand that to sustain the prevailing peace and security and put it on a solid ground we still are required not only to be determined and patient but also stronger and more united than before. Complacency is not an option. Within this context I like to provide the following humble pieces of advice to my Eritrean Compatriots:

In their discussion with Eritreans or about Eritrea, TPLF trains it’s foot soldiers to focus on people to people relationship talking point and when possible not to talk about the border issue between Ethiopia and Eritrea. For anyone who followed the recent series of meetings in Tigrai, discussion on the border issue was banned purposely and all the meetings were dominated by the people to people relationship talking point. The people to people relationship mantra is a psychological war to steal Eritrean mind and finally to incite a conflict between the Eritrean people and their government. Also, it is taken as an effective strategy to mask the border demarcation and consider it as a secondary issue that needs to be resolved by the people at the border. Accordingly, those Eritreans who are talking to TPLF operatives in different media, including the VOA, are helping TPLF to advance and disseminate such poisonous propaganda. Therefore, my advice to my fellow Eritreans is to stop such discussions as soon as possible. There are many other ways to express yourself than debating with TPLF operatives and their agents on the media. Our case is clean and clear. It is border demarcation according to the EEBC decision. It does not need much talk or discussion at all.

After the 1998-2000 border war ended, Eritrea and Ethiopia signed the Alger’s agreement and agreed to resolve the border problem through the court of law. Instead of accepting the Ethiopian and Eritrean border commission’s decision, armed with the Ethiopian stolen resources and western support, TPLF decided to wage multi-dimensional war against Eritrea and its people. Such war had two main objectives. If it was possible to overthrow the Eritrean government and install a puppet regime in Eritrea. If that was not possible to weaken the Eritrean society and ultimately create a mute state that can not be a threat to the TPLF’s planned 50-year rule in Ethiopia. These two objectives lead us to believe that TPLF signed the Alger’s agreement because it could not continue its military offensive against Eritrea, and it considered Alger’s agreement as a tool to buy time and prepare for a future fresh invasion. Insider sources have indicated that during the 1998-2000 border war, The late Meles Zenawi asked all his generals if they could continue the war and received only one yes and he decided to stop it. Moreover, the recently released confidential evidence by the Eritrean government showed that after rebuilding its army, TPLF was still asking the American government for permission to invade Eritrea but was told to wait. Therefore, from start to end TPLF never had a plan to demarcate the border and it will not have in the future. Truth hurts but that is what it is.

In the last two years, we have seen not only TPLF being thrown out from power in Ethiopia but also from EPRDF. Currently, TPLF is hopeless and Suicidal. TPLF leaders do not see any future political role in Ethiopian politics. They also know that declaring independence comes with war from many directions. Therefore, for now, they have decided to establish a De facto state. The plan is to use the De facto state status to buy time and weaken the central government in Ethiopia and if it is possible to create a political climate that is conducive for them to declare independence later. The border demarcation issue is one card they plan to use to negotiate with Eritrea to that end. What is clear is the Eritrean government will not attach the border demarcation to any other issue other than the technical matters. That means Border demarcation while TPLF is in power in Tigray is not possible. As a subtle confirmation to such reasoning, recently the TPLF minority clique Kingpin, Sebhat Nega, said the problem with Eritrea will not be resolved when President Isaias Afeworki is in power. That means, in the long run, we may face another conflict with the TPLF, and the Eritrean people need to be ready for it.

It is obvious that there are many internal issues that we do not agree with the Eritrean government. However, when it comes to border demarcation it is important for all Eritreans to stand together and support the Eritrean Government without any precondition. TPLF squandered enormous resources to divide the people of Eritrea along many lines. Any further division between Eritreans is a benefit to TPLF. Therefore, if Eritrea is going to survive as a nation and continue for future generations, it is our responsibility to work towards unity, not fragmentation. Above all it is important to understand that it is unfair and unreasonable to second-guess the stand of the Eritrean government on the border issue and Eritrean sovereignty. Those few Eritreans who are not standing with the Eritrean government on this issue fully may be missing a golden opportunity to redeem themselves and create a stable, developed and prosperous future Eritrea to future generations.

In the last two years, there were so many uncomfortable moments in the Eritrean diaspora. We have been victims of unconfirmed reports and rumors that are designed to instill mistrust and suspicion among us and ultimately second-guess the firm stand of the Eritrean government on the border issue and our sovereignty. In the current information age, the challenge is not how to get information, it is how to verify its source and agenda. Whether the news comes from Djibouti or Mekelle it has the same purpose. It is to incite conflict between the people and the government of Eritrea. Who benefits from it? It is time to be Smarter.

Currently there are many groupings of Eritreans in the diaspora. Some of the groups may have legitimate grievances on the Eritrean government and I am not saying our government is a saint. However, what they are failing to understand is the impact of their actions on the long term future of the country, that we all call home. Governments come and go but a country is forever. Accordingly, those citizens who took a wrong turn during the last 20 years and cooperated with Eritrean mortal enemies to conspire on the country, thinking they were hurting the government, have a golden opportunity to redeem themselves. Instead of continuing fragmenting the Eritrean diaspora by disseminating false rumor, they should work towards unity and focus on mobilizing every aspect of the society to the common goal of making our border demarcation possible. It is true that we are in a very improved situation than before. But we should not forget that there is much more to be done. As an Eritrean citizen I may have differences with the Eritrean government, but I do not, even for a minute, second-guess the firm stand of the Eritrean government on the Sovereignty of Eritrea.
Source: Madote.com

Awet N’s Hafash and Eternal Glory to our Martyrs.
Back to Dehai News