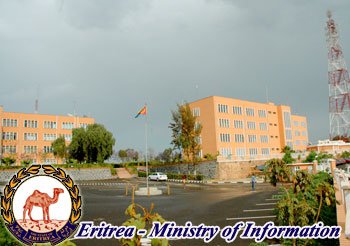 The US Administration issued a Press Statement on Friday, January 31st this week, putting Eritrea in the second tier of countries for which “overseas issuance of immigrant visas is suspended” for certain of “their nationals”.The GOE has consistently opposed “automatic asylum” and other misguided measures invoked by certain countries in the past 20 years for ulterior reasons of “strategic depopulation” against Eritrea.  The GOE had in fact lodged legitimate protests against previous US Administrations that followed similar policies in 2004 and 2009 respectively.The current announcement does not, apparently, stem from these considerations.  Although couched in purely technical terms, it singles out Eritrea without justification to send a negative signal.  The GOE thus expresses its dismay at this unfriendly act which runs counter to the Administration’s pronounced policy of constructive engagement to redress past wrongs.Ministry of InformationAsmara
Back to Dehai News