Coronavirus, Italian teachers in Eritrea blocked at the airport and forced to quarantine

Coronavirus, Italian teachers in Eritrea blocked at the airport and forced to quarantine

The six teachers, employed in the Italian school of Asmara, were returning from a short stay in Italy and upon their arrival they were taken to a hospital and forced to isolate themselves. Uil denounces: "Measures far from western standards"

As soon as they landed at the airport of Asmara, the capital of Eritrea, they would all have been transferred to a healthcare facility outside the city to carry out an obligatory quarantine which, according to some testimonies, would present many critical issues and would not be completely safe.

It happened to a group of six teachers from the Italian school of Asmara and to the minor son of one of them, all of whom returned from Italy, after a week of "intra-quarterly rest".

Arrival at the airport

To report the episode to Adnkronos , denouncing the limits of this measure, was Rossana Di Bianco, representative of the Uil School for Africa, who would have defined the situation of teachers as a condition of " extreme discomfort ". According to what was reported by the union representative, on Saturday morning, six professors and the son of one of them were on board the plane coming from Italy, all returning from a week's holiday. Among them was also the principal of the Italian school of Asmara and none of these came from the " red areas ". 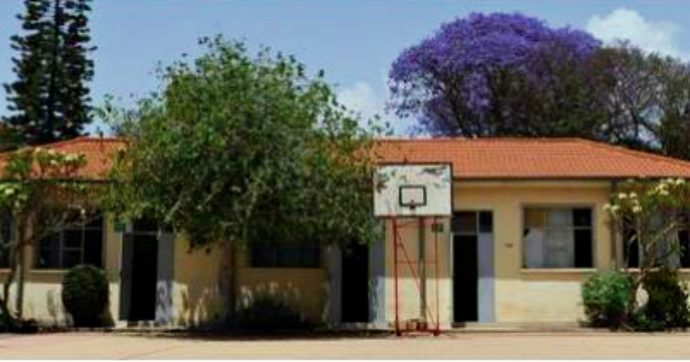 Diplomatic sources, however, let it be known that compatriots had been advised by the Ministry of Foreign Affairs to postpone their return to the African country. Now, says the representative of the Uil School for Africa, Rossana Di Bianco, they are "in a dilapidated structure, with three-bed rooms and one bathroom, with 'rationed' water"

However, according to what was established by the Eritrean authorities from 29 February, the group of Italians was blocked as soon as they got off the aircraft. All of them were allegedly transported to an out-of-town health facility to carry out the quarantine. An isolation that, according to Di Bianco, would be "far away" from western standards. According to what reported by the manager Uil, the health facility would be " dilapidated, with three-bed rooms and one bathroom, with 'rationed' water (the water supply in the city is not constant) and in a situation of promiscuity with citizens from others Countries . " And according to what Di Bianco testified, so far, none of the six would have been subjected to a tampon.

The Uil union, as mentioned by the manager in this case, would have asked the intervention of the Foreign Minister, Luigi Di Maio , to obtain " effective responses to the critical issues present in multiple foreign realities and that is guaranteed to our school staff abroad l "application of provisions on the state of quarantine that have no impact on the dignity and fundamental rights of our compatriots ".

The criticisms of the government

Di Bianco, insisting on the case of the six teachers blocked in Eritrea, then added: " A government with a minimum of authority could have asked for and obtained a home quarantine for our compatriots, considering that all the teachers have a home in Asmara " . The manager Uil criticized the Ministry of Foreign Affairs, which would have " limited themselves to sending an email to our staff 'advising' to extend at their own expense (ie asking for a further holiday period) the confession to those who were on vacation in Italy ".

The situation in Asmara

But, as explained by Di Bianco, many of the teachers had the obligation to return and, above all, they were convinced " there could be an agreement with the embassy to avoid this type of quarantine ". According to what was reported by the manager Uil, four other teachers of the school, who went on holiday to Zanzibar, however, would not have encountered some type of problem on their return, returning to the African country and resuming their service.

"Unable to communicate with blocks"

" It is an incredible situation to say the least ," points out Di Bianco. He adds: " It is impossible to communicate directly with the six teachers, because there is no internet connection . We have, however, learned from some colleagues who brought him comfort items, leaving them, however, beyond the gate of the structure where they were collected by nurses in protective suits, all of whom are fine . "

" We asked Di Maio to intervene ", continued Di Bianco, " for this piece of Italy in the Horn of Africa: the decision to have the quarantine carried out in a situation far from western standards and with the risk of creating new health problems seem a prejudicial gesture towards Italy ". The union manager then stressed that none of the teachers came from the Italian areas considered to be at risk and concluded: " In this case, diplomacy plays a decisive role which, I am sure, will be able to obtain at least that it is assessed case by case and that our teachers are protected abroad ".