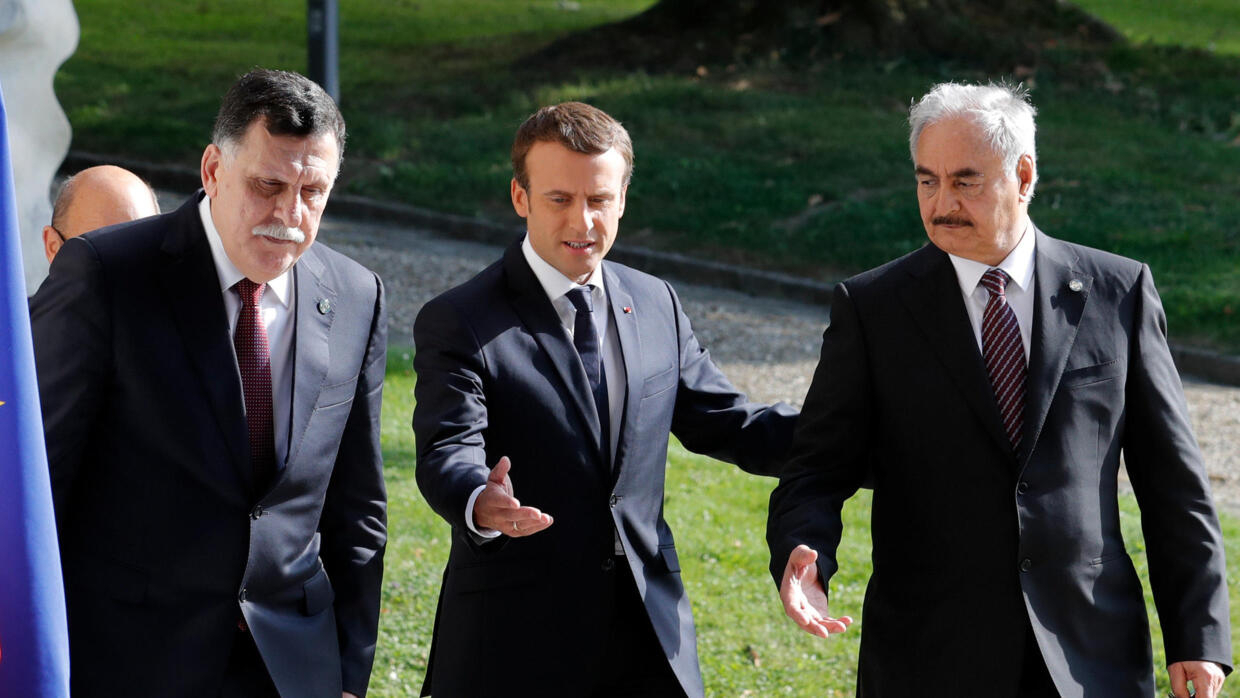 Monday's meeting between the two men at the Elysée Palace in Paris lasted around an hour, according to an Elysée official.

“General Haftar assured us he was committed to signing the ceasefire but this commitment would cease if the militias in Tripoli do not respect it,” the official said after the meeting, which was not announced on the French president's agenda.

Haftar's forces, which control eastern Libya, have been battling the internationally recognised Government of National Accord (GNA) in Tripoli, headed by Fayez al-Sarraj.

The Elysée official said there were no immediate plans for Macron to meet or speak to Sarraj.

Meanwhile, Haftar has refused to sign a ceasefire deal brokered last January by Russia, Haftar's ally, and Turkey, which supports the GNA.

A summit in Berlin on 19 January, attended by the United Nations and world powers, including Russia, Turkey, France and the UK, have so far failed to bear concrete results. Haftar also attended the summit but refused to participate.

The summit was aimed at ending foreign interference in Libya and working towards a permanent ceasefire.

According to the UN, several foreign countries who back the two rival factions have violated an arms embargo on Libya, imposed since February 2011.

The Paris meeting with Haftar also comes less than a week after Ghassan Salame, the former UN Special Representative to Libya, resigned for health reasons after occupying the position for nearly three years.