Khartoum, Mar. 12 (SUNA) – The Chairman of the Council of Ministers, Dr. Abdullah Hamdouk, received Wednesday, a message from the Eritrean President Isaias Afwerki in which he expressed denunciation to the assassination attempt against the Prime Minister.

President Isaias Afwerki has indicated his country’s strong solidarity and support to the Sudan on face of this coward action that have targeted the positive transfer the Sudan is witnessing.

Afewerki condemns the treacherous attack on the Prime Minister 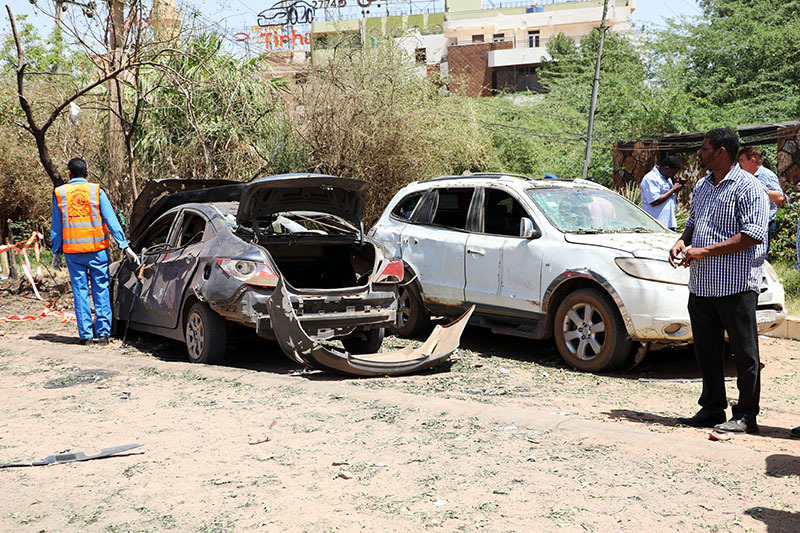 2020-03-10 20: 34: 00.870
Khartoum(SUNA) - The head of the Transitional Sovereignty Council, Lieutenant General Abdel
Fattah Al-Burhan, received today a telegram from Eritrean President Isaias Afwerki, in which he confirmed the condemnation of his country's government in the strongest terms of the cowardly assassination attempt that Prime Minister Abdullah Hamduk was subjected to yesterday.
President Afewerki said that this despicable act confirms once again that the forces of darkness and those who nurture them want, through desperate means, to stop and frustrate the positive change that Sudan is witnessin
The Eritrean President stressed the stand and solidarity of the Eritrean government with Sudan at this stage, and supported his efforts to overcome the effects of the former regime and achieve prosperity for Sudan, which is leading the peace and stability march in the region
(Software translation)
suna-sd.net/ar/
Back to Dehai News