When Eritrea’s president last month hosted the leaders of Ethiopia and Somalia to discuss “regional cooperation,” that initiative drew few global headlines. Still, Eritrea’s move should be noted by policymakers and others working for stability in the Horn of Africa and the Red Sea region. For years, President Isaias Afwerki’s disdain for multilateral forums such as the African Union, and his strained relations with many governments in the region, have contributed to caricatures of Eritrea as the “North Korea of Africa.” But his invitation for two neighbors to discuss a new regional bloc reflects an important factor in Eritrea’s foreign policy: its efforts to preserve its independence in a fast-evolving geopolitical environment. 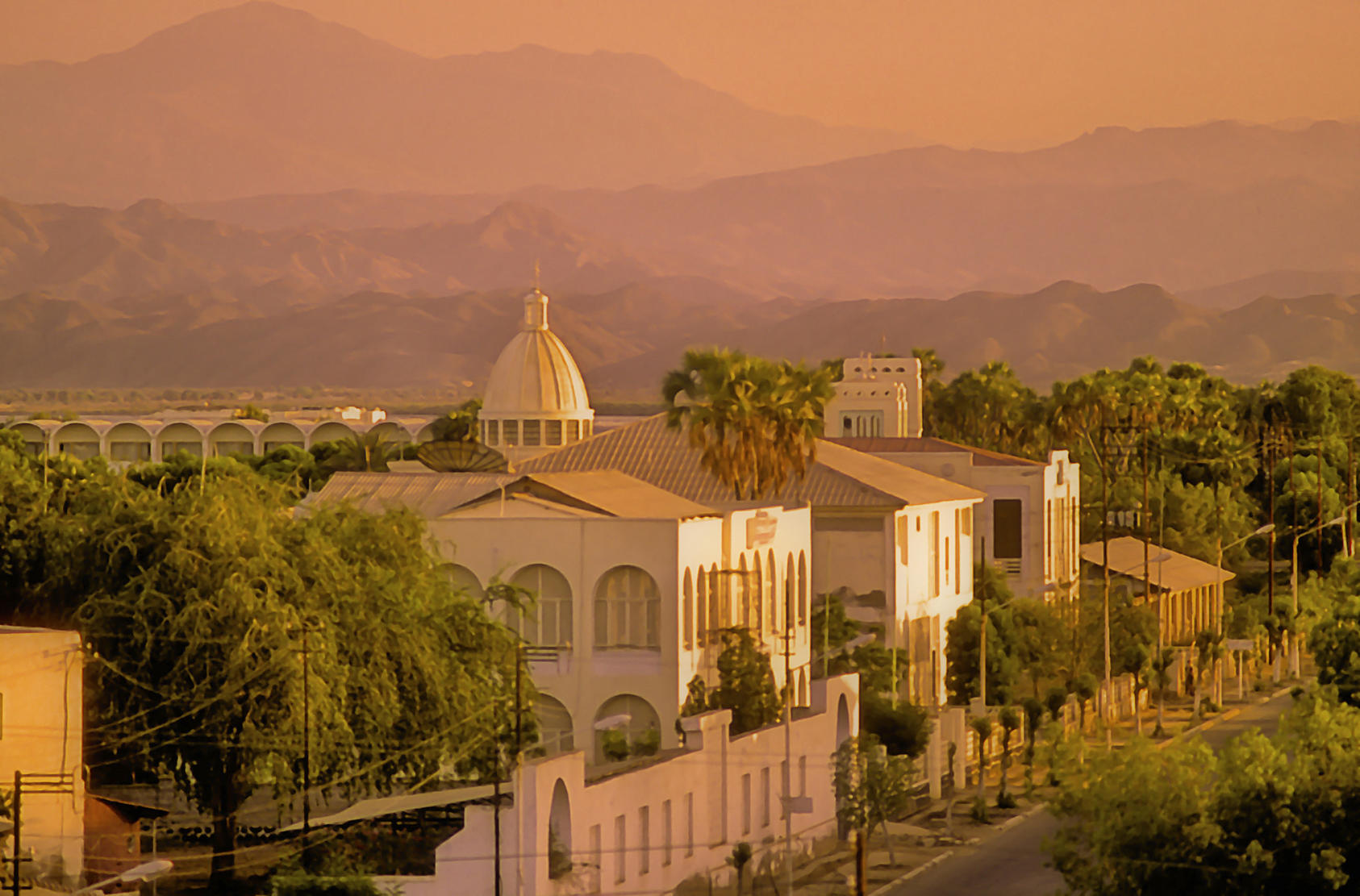 Eritrea and its main port city, Massawa, have seen disappointing economic dividends from the country’s peace accord with Ethiopia. President Isaias Afwerki is proposing a regional bloc he says will improve cooperation. (Michael Walsh/CC License 3.0)

Effectively, Isaias’ proposal is a fine-tuning of Eritrea’s alignments amid the growing influence of Arab Gulf states in Africa and consistent with long-standing efforts to preserve its independence, notes Professor Harry Verhoeven, convenor of the Oxford University China-Africa Network.

Eritrea evolved a reputation as perhaps Africa’s most isolated state.  Hasn’t it historically been hostile to regional integration?

Yes and no. Eritrea’s relationship with the idea of regional cooperation has been complex ever since the country gained its independence from Ethiopia in 1993 following a 30-year war. That same year, Eritrean President Isaias Afewerki stunned his African peers when, at a summit of the Organization of African Unity (now the African Union), he publicly repeated criticisms he had formulated as one of Africa’s most formidable guerrilla commanders: the OAU had utterly failed by closing its eyes to the terror inflicted by Ethiopia’s Soviet-backed military dictatorship (the Derg) and he accused his peers of clinging to power while failing to take any meaningful action to address poverty in Africa. From that starting point, Eritrea never invested significant resources in continent-wide diplomacy. When the African Union (AU) imposed sanctions on Eritrea in 2009 for supporting al-Shabab extremists in Somalia and seeking to overthrow the Somali government, Eritrea suspended its participation in the organization and denounced the AU as a lapdog of U.S. imperialism and a mechanism for the hegemonic aspirations of Ethiopia, its main rival.  In addition, Eritrea has twice withdrawn from the East African regional bloc—the Intergovernmental Authority on Development (IGAD).

Still, Eritrea is not by definition opposed to regional cooperation. In the 1990s, Isaias and his fighters formed the vanguard of the wave of leftist African liberation movements that captured power from the Red Sea to the Cape between 1991 and 1997. Together with “comrade-leaders” in Congo, Ethiopia, Rwanda and Uganda, Isaias dreamed of a “Greater Horn of Africa” of like-minded regimes who could offer an alternative to the much-criticized OAU and jointly develop regional investment opportunities to cement ideological solidarity. The government in Asmara sent Eritrean troops, spies and diplomats to support wars against the military-Islamist regime in Sudan and the dictatorship of Mobutu Seso Seko in the Democratic Republic of Congo (then Zaire). These were concrete sacrifices in blood and treasure made by a fragile, small and newly independent Eritrea to further its preferred form of regional integration.

What might Isaias hope to achieve with this new initiative?

Isaias’ proposal to deepen integration between Eritrea, Ethiopia and Somalia (the so-called "Cushitic Alliance") is a continuation of efforts he championed in the 1990s to institutionally anchor alliances between governments with a similar political outlook. Just like in the era of the “Greater Horn,” Asmara appears to be proposing new regional norms and understandings of peace and security as well as infrastructure ties to forge a web of partnerships among the participating states.

This said, the disappointments of the past have not been forgotten—most particularly not since the 1998-2000 “war of brothers” with Ethiopia, which ended the dream of the “Greater Horn.” Eritrean diplomacy, especially since that conflict, has been focused on creating space to maneuver and chart a foreign policy independent of Ethiopian hegemony. For almost 20 years, Isaias sought to undermine the Ethiopian government by supporting its domestic opposition as well as its adversaries in Somalia—policies that contributed to the imposition of international sanctions. Eritrea also aligned itself with Ethiopia’s rival, Egypt, and by establishing partnerships with Saudi Arabia and the United Arab Emirates in which Isaias offered security cooperation—notably the use of Eritrea’s Red Sea port of Assab for operations in the Yemen war—in exchange for economic support against Ethiopian pressures. While this diplomatic choreography failed to stop Ethiopia’s regional ascendancy, it achieved the chief objective of keeping Isaias’ government in power.

Last month’s summit signals a change in the pattern of Isaias’ maneuvering, caused by recent geopolitical shifts. The Gulf states’ projection of power in the Horn of Africa and the European refugee crisis have provided Isaias with diplomatic and financial leverage to move from isolation to regional influence. In addition, the ascension of Ethiopian Prime Minister Abiy Ahmed side-lined Isaias’ Ethiopian nemesis, the Tigrayan People’s Liberation Front. That made it possible for Isaias to cooperate with Abiy in quickly negotiating an end to their countries’ “frozen” war. While that peace accord was a domestic popular triumph for both leaders, the rapprochement has stalled and the hoped-for “peace dividends”—economic and democratic—have been disappointing. The rise of the younger Abiy in Addis Ababa has allowed Isaias to pose as the region’s elder statesman and—in last month’s summit conference—to proffer his own idea for cooperation in the Horn of Africa; Isaias’ proposal will in fact undercut Ethiopia’s historic ambitions to once again dominate efforts toward greater regional integration.

Other players are moving to establish regional organizations in the Red Sea area, as Saudi Arabia just did in January. What are the implications of the Eritrean initiative in light of those efforts?

Recent efforts to establish new regional bodies, such as the Council of the Arab and African States of the Red Sea and the Gulf of Aden, or to reinvigorate IGAD or the AU in the Horn of Africa, are ambivalent developments from Eritrea’s perspective. Its priority remains the preservation of its flexibility to shift policies and alignments as necessary to defend its independence, squeezed as it is among larger neighbors. Sudan, Ethiopia and Saudi Arabia have all had their own designs for the region, which have rarely accounted for Eritrean interests. As seen from Asmara, multilateral organizations under the control of actors with hegemonic ambitions are therefore potentially dangerous and better subverted or, if need be, boycotted altogether.

Eritrea joined the Red Sea Council at Riyadh’s unrelenting insistence but likely has no intention of letting the body circumscribe its sovereignty. Membership served the useful purpose of confirming the Saudi-Eritrea relationship and of reminding Ethiopia (which, at the insistence of Egypt, was not invited to join the council) that, despite the outward expressions of fraternity between Abiy and Isaias, Eritrea has strategic options that do not require Ethiopia’s consent.

Similarly, Isaias’ move toward a new grouping with Ethiopia and Somalia is useful to remind old foes in the Horn of Africa (Djibouti and Sudan) and the Gulf states that Eritrea has alternative friends and will not accept a role as regional proxy for Saudi Arabia or the United Arab Emirates. The growing projection of the Gulf states’ power in the Horn helped Isaias to break out of his isolation. But from the Eritrean perspective, that projection is a trend that requires careful management, rather than further encouragement, and that needs to be assessed in terms of its implications for Eritrea’s autonomy going forward.

*Dr. Harry Verhoeven is the convenor of the Oxford University China-Africa Network.