(Forward) ‘How we will feed our children?’ Israel’s asylum seekers are on the brink

‘How we will feed our children?’ Israel’s asylum seekers are on the brink 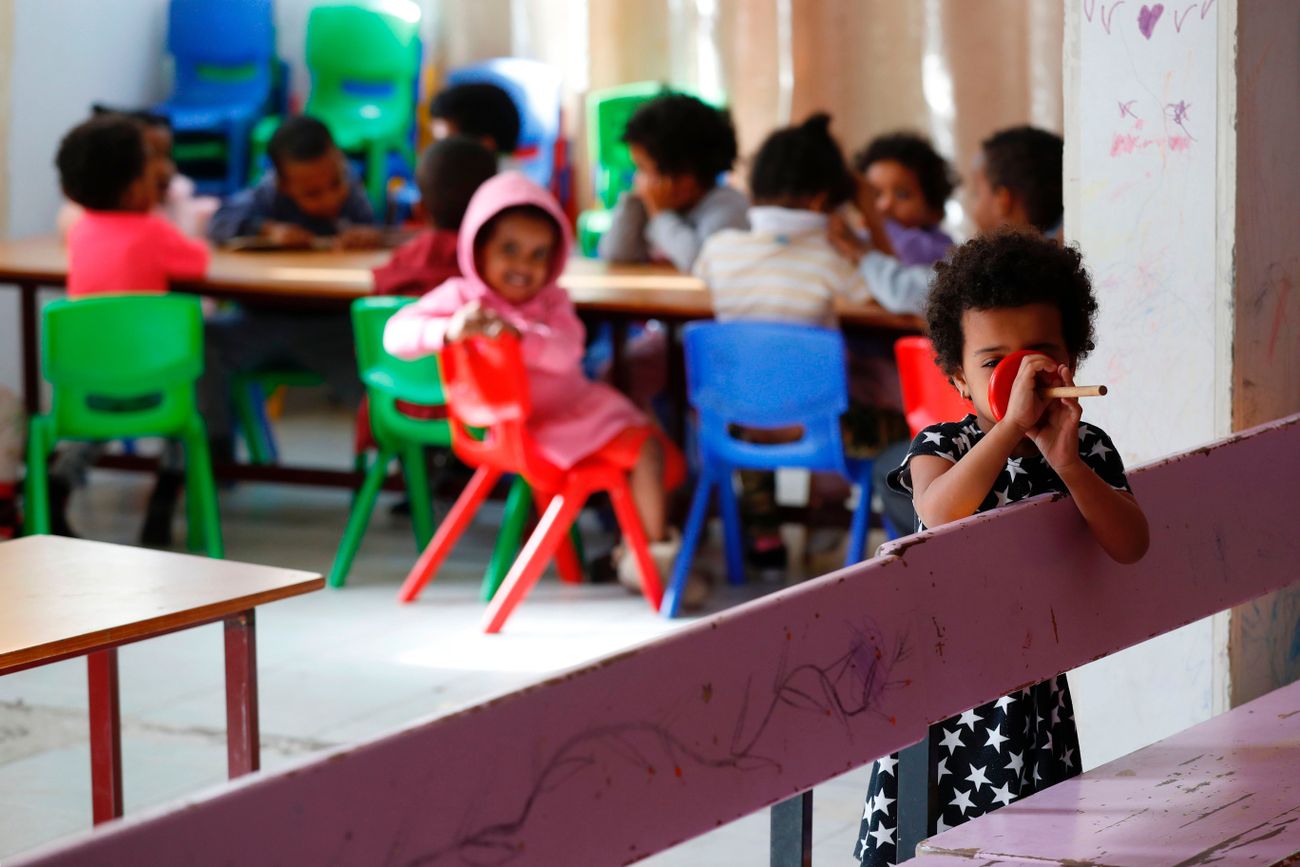 ‘How we will feed our children?’ Israel’s asylum seekers are on the brink

“There is a big stress about how we will survive,” says Ghere Tekle, an Eritrean asylum seeker who arrived in Israel in 2008 and lives in the HaTikva neighborhood of South Tel Aviv with his wife and three children. “How we will feed our children? How we will pay rent? In one month, the landlord will ask for rent, and when we can’t pay, no one knows what the landlord will say. Will they kick us out?”

As the hotels and restaurants have closed down, asylum seekers have lost their jobs en mass. Haaretz reported that 10,000 asylum seekers have lost their jobs in this sector alone. And thanks to the Israeli government’s delays processing asylum applications, they have been left outside the social safety net. Had Israel checked asylum applications along the same lines as other western countries, many would have been awarded refugee status years ago. But the state’s failure to do so has left their legal status in limbo, and unemployment support inaccessible.
And without proper savings or the kind of extended family networks that people normally have in their home country, the future for this community is looking very bleak. While many of them have overcome unthinkable difficulties in their lives, the coronavirus has taken away the one thing that they could always count on in Israel: work.

When refugees fleeing the genocide in Darfur first arrived in Israel in 2006, there was one industry in desperate need of workers who welcomed them with open arms — the hospitality industry. Everyone in Israel knows that behind every great restaurant in Tel Aviv is a team of Eritrean kitchen hands. And in every hotel there are Sudanese cleaners or cooks. This is not because the country gave asylum seekers work visas. In fact, the very opposite: The visas that they received explicitly said “this is not a work visa.”

When human rights organizations went to court arguing that the government could not prohibit people from working at the same time as refusing to provide any housing, food, or any kind of aid, the government relented. They settled on an official policy of “non-enforcement.”

It is unlikely that tourism in Tel Aviv would have been able to grow as much as it did without these willing workers, and yet the only acknowledgement they have received is one policy after another of discrimination, beginning with leaving their asylum claims unanswered for a decade or more, and more recently by implementing the Deposit Law, under which 20% of workers’ salaries are withheld and can only be retrieved upon leaving the country.

All of this has left asylum seekers very vulnerable. And then came coronavirus.

“I am scared now, because I have not been working, and I have three children” Taeme Habteab, a 33-year-old Eritrean, tells me.

Habteab worked for the last two years cleaning at HaBima, the prestigious Israeli national theatre at the top of Rothschild Boulevard in Tel Aviv. “They told me there is no work now because of Corona, so go home, Habteab tells me. “That’s it, go home and wait.” Habteab’s wife, Merhawit, was working as a cleaner in a school, and has also lost her job. They are now at home with their three children under the age of five.

Habteab’s main hope is that he may get some money from his deposit account. Human rights organizations are now lobbying the government to release the deposit funds due to the Corona crisis.

“Asylum seekers already pay tremendously high-income tax, but since they added in the Deposit Law in May 2017, more than 50% of their salaries goes to deductions,” says Sigal Rozen, director of public policy at the Hotline for Refugees and Migrants. “However, the Deposit is not a tax; it belongs to the individuals who earned that money, and now that they have no income, the government must release this money so they can survive.”

The government has indicated that some of the money will be released, but in a limited manner. “We have heard from some decision makers that they are going to release 2,000 shekels per month — but that is not enough for one person to survive, let alone a family,” says Rozen. “Decision-makers who are arguing to give less say that this is an opportunity to get them to leave, as was the original intention of the law, but even if an asylum seeker had a place to leave to, they can’t; there are no flights, so it is only an opportunity to starve them,” says Rozen.

“We are seeing that, as time passes, the situation worsens,” says Jalal Tuchi, principal of the Bialik-Rogozin school in South Tel Aviv, whose student population is composed mostly of the children of asylum seekers and migrant workers. “Without parents working there is hunger, and this can spiral towards domestic violence and crime. We are trying as best as possible not to get to that.”

To that end, teachers are calling students regularly to ask about their home situation. And this week, together with the help of aid organizations, they provided food vouchers to 90 families that they identified as being in need.

“Every bit of aid and support can help at this time,” says Tuchi.

In addition to not having work, Tekle describes extra complications around being refugees at this time, like confusion about the virus. “If someone is sick and calls the government coronavirus hotline, they ask you for your ID number,” Tekle says. “But the system does not recognize our visa numbers, so they can’t even get through.”

Tekle and fellow refugee community leaders are trying to work with the ministry of health to change this, and even to get them to have Tigrinya speakers available too. They are also now translating the health ministry guidelines and sending them around their community via Facebook and Whatsapp in video and audio formats so people have access to accurate information.

Despite what some people think, asylum seekers didn’t come to Israel to work; they came here fleeing persecution, and they work in order to support themselves. But without that work, it is impossible to survive.

For the refugee community, it is a very short fall from unemployment to hunger to homelessness — along with thousands of Israeli-born children.

Individual Israelis and local organizations are trying their best to step in and help. You can join them by donating to an emergency fund to buy food and other immediate essentials for asylum seekers who have lost their jobs due to coronavirus here.

Tamara Newman is a Tel Aviv based writer and activist.

The views and opinions expressed in this article are the author’s own and do not necessarily reflect those of the Forward.

'How we will feed our children?' Israel's asylum seekers are on ...