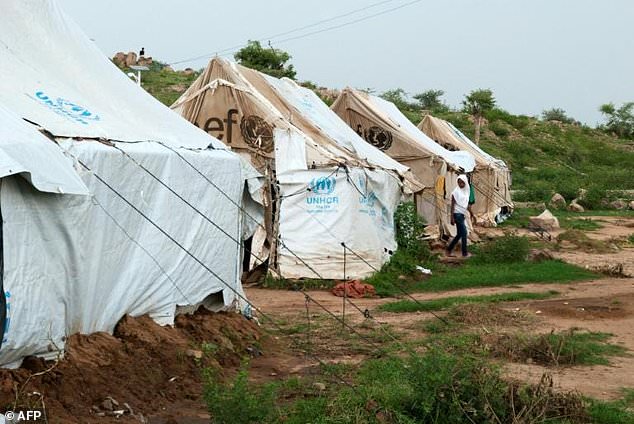 Ethiopia plans to shutter a camp for Eritrean refugees and resettle thousands of its inhabitants in other camps that the UN considers already full, an official said, despite concerns this could make them more vulnerable to COVID-19.

Hitsats camp is one of four in the northern Tigray region that together house nearly 100,000 people from Eritrea, according to the UN refugee agency UNHCR, out of more than 170,000 Eritrean refugees nationwide.

In early March, Ethiopian officials informed UNHCR they intended to close Hitsats as part of a consolidation scheme, but it was delayed after Ethiopia confirmed its first COVID-19 cases in mid-March.

Yet preparations for the closure have continued, and Eyob Awoke, deputy director general of Ethiopia's Agency for Refugee and Returnee Affairs, told AFP this week that relocations could begin by the end of April.

"We are ready to start. But we cannot start with a big number. We can start with a small number," Eyob said. "We can even start before the end of this month."

Hitsats residents will have the option of resettling in one of two other camps or being granted a permit to live and work independently in Ethiopia.

The decision to close Hitsats -- which the government says houses 13,022 refugees -- is partly linked to funding cuts from UNHCR, Eyob said.

The government also believes it can better serve refugees by consolidating the camps in Tigray, he said.

Ann Encontre, UNHCR's Ethiopia representative, told AFP that Ethiopia began the year with a 14-percent reduction in funding from the organisation but that this would not justify a camp closure.

Moving Hitsats residents to other camps would "definitely" make them more vulnerable to COVID-19, she said.

"There's not enough facilities and shelter for an influx as big as that."

There are 1,600 unaccompanied children in the camp, according to UNHCR.

Ethiopia has so far reported 92 COVID-19 cases, but none in refugee camps.

Eritrea's system of compulsory national service has led to descriptions of the nation as an "open-air prison" akin to North Korea.

A border war erupted between Ethiopia and Eritrea in 1998, killing tens of thousands and leading to a two-decade stalemate.

Eritrean President Isaias Afwerki and Ethiopian Prime Minister Abiy Ahmed struck a surprise peace deal in 2018, but there has been no sign of political reform within Eritrea since and asylum seekers continue to stream over the border into Ethiopia.

The decision to close Hitsats is the latest of several moves by Ethiopia that the UN and human rights groups fear could deprive Eritrean asylum seekers of needed protections. 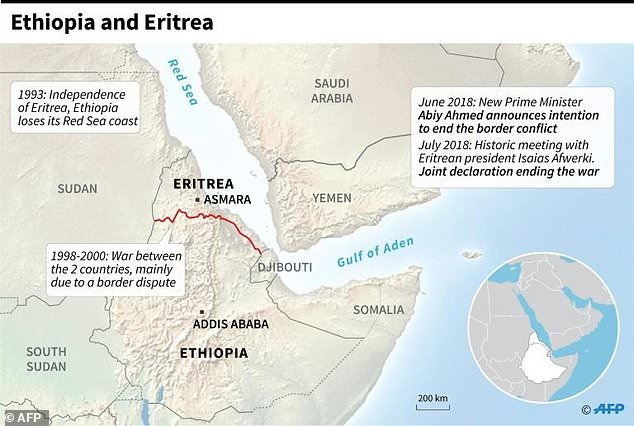 Troubled past: Ethiopia and Eritrea

The earlier policy frequently drew criticism from the Isaias regime.

Eyob said the change was necessary because some Eritreans were coming to Ethiopia even though they didn't have a reasonable fear of persecution back home.

"Some of them are just coming to live in Ethiopia because they feel that living in Eritrea is somehow very difficult," he said.

Encontre said the policy had led to a drop in the number of Eritrean refugees being registered even before Ethiopia shut its land borders last month to curb the spread of COVID-19.

"The government needs to make sure that it publicly announces and explains any shifts in policy and properly consults with the affected refugee communities as well as with humanitarian actors," she said.

Ethiopia moves to close Eritrean refugee camp despite... | This ...