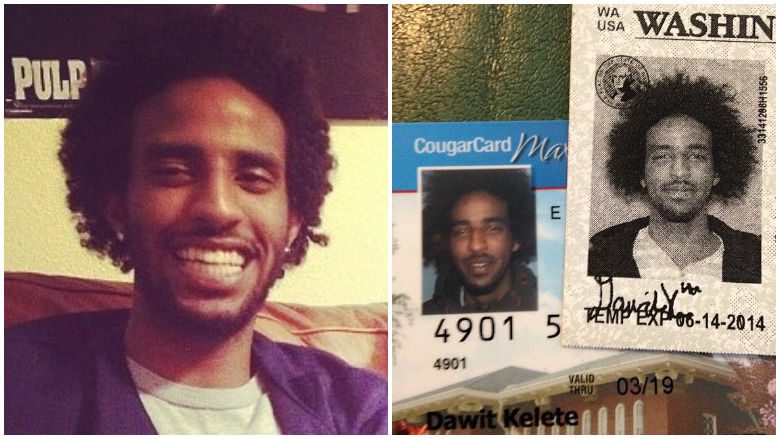 Dawit Kelete is a 27-year-old Seattle man who is accused of running over two protesters on a freeway, killing Summer Taylor, a 24-year-old veterinary clinic worker.

The moment authorities say Kelete’s Jaguar XJL barrelled into two protesters was captured in a viral video. Be forewarned that the video, which you can see later in this article, is disturbing. Taylor was from Seattle; the other struck protester, Diaz Love, 32, is from Portland, Oregon, and is still alive in stable condition.
Kelete has been charged with vehicular homicide, vehicular assault and reckless driving. His bail is $1.2 million. He faces up to 13 years in prison.

According to the Seattle Times, the protesters with the Black Femme March stopped on the closed interstate during a nightly march and were “dancing to the Cupid Shuffle.”

“I’ll miss your smile, and your gorgeous presence. Rest in peace mama. You made a difference and your voice will be heard,” wrote one friend on Taylor’s Facebook page.

Love posted an update on their Facebook page on July 5, saying, “I’m alive and stable. In a lot of pain. I cannot believe Summer was murdered. If they thought this murder would make us back down, they are very wrong. Very wrong. My FB is filled with death threats, that and only being able to use one hand has me going slow. I deeply appreciate and feel all the love y’all are sending me.”

The motive is not yet clear.

Here’s what you need to know: 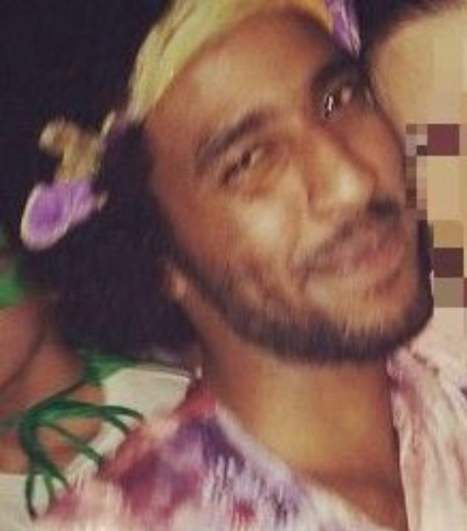 The Associated Press reported that “a judge found probable cause to hold Kelete on an investigation of vehicular assault.”

After the charges came down, Kelete’s lawyer, John Henry Browne, told The Associated Press that Kelete did not intentionally hit the protesters, calling what happened a “horrible, horrible accident.”

“There’s absolutely nothing political about this case whatsoever,” Browne told The Associated Press. “My client is in tears. He’s very remorseful. He feels tremendous guilt.”

The freeway was closed at the time Taylor and Love were struck. “I am on scene of the incident on I-5 and Olive way. A vehicle drove through the closure and struck multiple pedestrians on the freeway. Two people were transported to Harborview. One with life threatening injuries and one with serious injuries,” the public information officer for the Washington State Patrol wrote before Taylor passed away.
According to The New York Times, Kelete’s car was seen on security video going the wrong way up an exit ramp. The Times reported that he wasn’t impaired and said he worked until 10 p.m. at a family business. Kelete “drove at freeway speeds in lane one toward the barricade of three vehicles” and “continued driving at freeway speeds on the shoulder,” prosecutors alleged, according to The Times.
“Before him were running pedestrians… (Kelete) veered sharply left and directly into” the protesters “who were not able to run off the road,” the prosecution said, according to The Times.
“The vehicle has been stopped and the driver is in custody. Troopers are investigating at this time. The SB lanes of I-5 will continue to be close for a while,” say authorities. The Seattle Times reported that the vehicle “swerved around two vehicles positioned as a barrier to protect protesters across the I-5 lanes.”

According to a probable cause statement obtained by the Seattle Times, “The driver was reserved and appeared sullen throughout his time in custody. At one point he asked if the injured pedestrians were okay.”

ABC7 reported that authorities suspect Kelete “drove the wrong way on a ramp” and the motive is still unclear.

Diaz Love was streaming live at the protest.

On June 27, the Washington State Patrol had written about safety concerns. “We have heard from many frustrated citizens regarding the traffic disruptions caused by the temporary closures of the freeway due to protests. First, let me say thank you for reaching out to us. We are public servants responsible for safety and the enforcement of our state’s laws and while we always try to satisfy the legitimate concerns of those we serve, in this case I’m afraid our response will not be totally satisfying to all,” a statement read.

“In a time that requires care and flexibility, we are exercising the safest means possible to avoid injuries or worse to motorists, protesters, WSDOT personnel and our troopers by closing the roadway as needed and separating protestors from vehicular traffic. With no effective way of stopping large crowds from entering its lengthy borders, temporarily shutting the roadway is our best measure to avoid the dangerous mixture of freeway speed, vehicles, and pedestrians and to end the disruptions as quickly as possible.”

2. A Disturbing Video Shows the Moment the Protesters Were Struck; Authorities Don’t Think Kelete Was Impaired

The viral video shows the white automobile careening down the street before slamming into two protesters, whose bodies go flying into the air. According to the Seattle Times, authorities “don’t believe impairment was a factor and said Kelete drove the wrong way on the Stewart Street off-ramp to enter the interstate.”

Katelyn Hoberecht told The Seattle Times that she worked with Taylor at the Urban Animal veterinary clinics and said that Taylor was often at protests.

“Summer has been there since Day One standing up for Black lives. Staying out all day and night, while still working full time taking care of animals,” Hoberecht said to the newspaper.

“Summer talked to me about the protests, and how incredible it was to be a part of something so huge. A part of history.” Hoberecht’s Facebook profile picture is now a picture of Summer Taylor.

“Summer is an incredibly strong and independent spirit. They are a bright and caring person who’s presence elicits joy and laughter in others. Summer works at a veterinary clinic and takes pride in their community & supporting others,” a GoFundMe page for Taylor reads.

3. Kelete, Who Is From Eritrea, Attended Washington State University & Once Drove for DoorDash, According to a LinkedIn Page in His Name 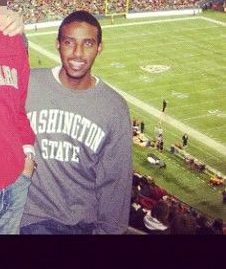 According to ABC7, Kelete, the accused driver, “is listed in public records as a student who attended Washington State University between 2011 and 2017 majoring in business and commerce.” It wasn’t clear whether he was still a student, however. A LinkedIn page in Kelete’s name gives the Washington State University information. He wrote, “Activities and Societies: Pi Kappa Alpha. Campus leader,” under the entry for the university.

However, Megan K. Nelson, senior director of marketing and communication for the Pi Kappa Alpha fraternity, said in a statement to Heavy: “We are horrified by the actions alleged of Dawit Kelete, and I want to reach out to clarify that contrary to his LinkedIn account, he is not a member of Pi Kappa Alpha Fraternity. While he initially rushed as a student, he never formally joined.”

The jail booking sheet says that Kelete is black. 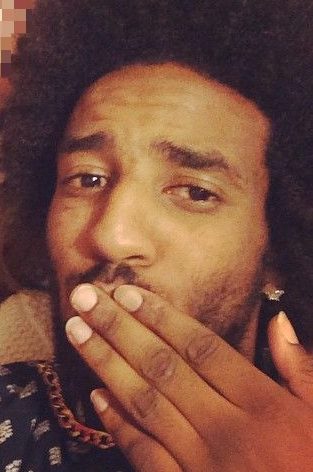 The page also says he worked for DoorDash for five months in 2015-2016. It describes him as a sales manager and lists his language skills as including Tigrinya. That’s a language that derives from Eritrea and Ethiopia.

According to the AP, Kelete’s lawyer said Kelete is originally from Eritrea, in northeastern Africa, and is a U.S. citizen. The AP reported that Kelete lives with his religious parents in Seattle. AP reported that the judge would not allow his face to be photographed at his first court appearance because at that point he had not yet been charged.

4. There Was a GoFundMe Page for Kelete, Who Was Once a Soccer Player, But It Was Deleted

People established a GoFundMe page for Kelete, but it has since been deleted. On Instagram, photos show Kelete partying and hanging out with friends and indicate that he once played soccer. 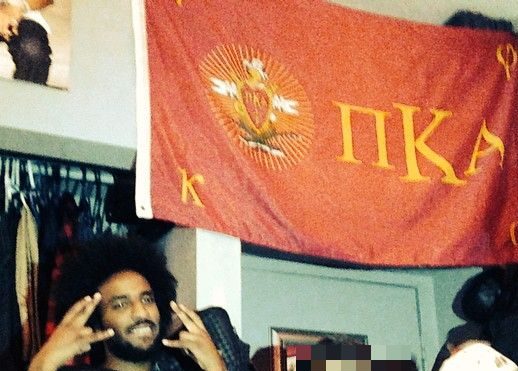 “Let no one stop you,” read a graphic he once shared on Instagram. He shared another graphic that read, “I would rather struggle to get everything I have than to let someone give it to me. I never want to hear the words ‘you wouldn’ have that if it wasn’t for me!’” 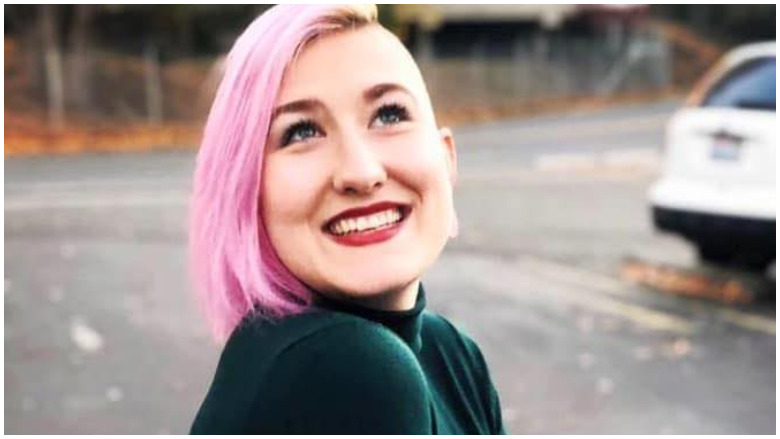 U.S. Senator Kamala Harris wrote, “Absolutely heartbreaking. Summer Taylor was only 24-years-old, peacefully protesting for Black Lives Matter when they were struck by a car. Thinking of their family during this difficult time and everyone in the movement today.”

People added tributes to the comment thread on Taylor’s Facebook page. “I didnt know you but my heart hurts so badly over what happened to you. I can only imagine how your family feels. Rest in power you beautiful soul,” read one of them.

“Rest in peace, Summer. I’m so sorry you’re gone at such a young age. Thank you for standing up for what’s right,” read another. “Rest in peace beautiful soul ❤ the world needs more of you. You stood for something and were a hero,” another comment said.

Some people put negative comments on Taylor’s thread, leading others to chastise them. “Family of Summer Taylor, please have this account locked for commenting NOW. Cruel, hateful people are mocking their life and death. Summer deserves better. I am so sorry for your loss. Black lives DO matter; thank you for raising a young person who believed that,” wrote a woman.

“George Floyd. Say His Name,” reads Taylor’s Facebook page intro. Not much else is visible on the page.

“I feel like I have to point out that Summer was non-binary and used they/them. They were brave and beautiful. Danica Kelley sending love to your team, what a tragic loss for the world,” a friend pointed out on social media.
One friend called Taylor a “blinding light in an otherwise dark world.”

“A coworker and friend was senselessly murdered while fearlessly standing up for what they believed in. We all love you and we all miss you, Summer. You were a blinding light in an otherwise dark world,” she wrote in a Facebook tribute.

Diaz Love gave an update on Facebook, saying they is “alive and stable.”

“In a lot of pain. I cannot believe Summer was murdered,” the post said. “If they thought this murder would make us back down, they are very wrong. Very wrong.”
-

Driver who hit protesters on Seattle freeway charged with 3 ...