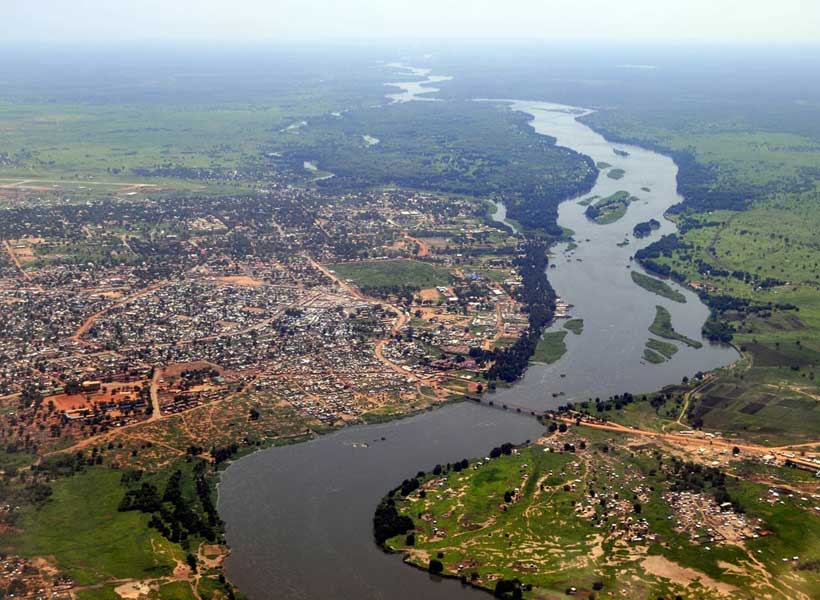 Depleting potable water resources have sent alarm across the globe pertaining to the emergence of a new spree of future global conflicts in quest for occupying available water reservoirs of the world. Water is an indispensable sine qua non for human existence, hence, its dearth, for sure, endangers the very survival of humankind. It is the lifeblood of human species. Unfortunately, rocketing population, rapid industrial growth, and drastic change in global climate have pushed the world into water bankruptcy. Today our world suffers from acute shortage of fresh drinking water and this very scarcity has kicked off a scramble among global powers to occupy as much water of the world as possible. For them it is combat for survival-a matter of life and death. Realizing this enhancing worth of this most essential commodity of life (water), the world has nicknamed it as “blue gold” and “oil of the 21st century”; it further, attests to the ballooning value of fresh water and its importance to the people of the world.

According to some experts, in 21st century, the “blue gold” will replace the “black gold (oil); and since the world has seen fierce wars in quest for oil, now, it is likely to witness another round of wars on water.  This very fact was highlighted by Frederic lasserre, a professor at the Laval university, in Quebec and head of the observatory for international research on water (ORIE) who argued: “so few wars have been broken out because of conflicts on water, their passed rarity is not a guarantee for the future in a world affected by climate change and where populations are rising at a rhythm never seen before”.

Scarcity of fresh drinking water is going to be   the first and foremost factor that might trigger global water wars. The on-going regional water conflicts too testify to the fact that the global water wars are eminent.

Reportedly, Global water utilization has tripled over the last 50 years. The World Bank reports that 80 countries now have water shortages with more than 2.8 billion people living in areas of high water stress. This is expected to rise to 3.9 billion — more than half of the world’s population — by 2030 in a ‘business as usual’-scenario. This, definitely, is going to be an alarming situation.

To add, according to water project, one in nine people don’t have access to clean drinking water and 37% of those people live in sub-Saharan Africa. Internationally, half of all hospital beds are filled with people suffering from water related diseases. What is more appalling is that in developing countries, around 80% of illness can be linked to poor water condition.

Apart from this, Global water partnership says that two and half percent of total volume of water on earth is drinkable and out of which only 0.3% is located in rivers and lakes. Further, National Geographic predicts that by 2025, about 66% of the total population of the world live in water- stressed regions as a result of over use of water and climate change.

Furthermore, reportedly, every minute, 15 children die from drinking dirty water. Poor people are dying from want of water, while rich people are consuming enormous amounts of water. This water paradox also vividly illustrates that we are looking forward at a global water conflict in the making.

The growing water scarcity as mentioned earlier is a primary driver for insecurity, instability and conflicts and is currently setting the stage for future water wars — unless global action is taken. This was also the main message from a report released few years back by US Senate captioned as “Avoiding Water Wars: Water Scarcity and Central Asia’s Growing Importance for Stability in Afghanistan and Pakistan”. The report also warned of coming water wars in Central and South Asia due to water scarcity and predicted that it “will be felt all over the world”.

Moreover, the rapid commodification of water and subsequent emergence of water barons have further aggravated the problem.  A handful of private companies could soon control a large chunk of the world’s most vital resource. While the companies portray the expansion of private water as the natural response to a growing water shortage crisis, thoughtful observers point out the self-serving pitfalls of this approach.

“We must be extremely careful not to impose market forces on water because there are many more decisions that go into managing water — there are environmental decisions, social-culture decisions,” said David Boys of the U.K.-based Public Services International. “If you commodify water and bring in market forces which will control it, and sideline any other concern other than profit, you are going to lose the ability to control it.”

So far, privatization has been concentrated in poorer countries where the World Bank has used its financial leverage to force governments to privatize their water utilities in exchange for loans.

Interestingly, according to ICIJ (International consortium of investigative journalist) the enormous expansion of these companies could not have been possible without the World Bank and other international financial institutions, such as the IMF, the Asian Development and the European Bank for Reconstruction. In countries such as South Africa, Argentina, Philippines and Indonesia, the World Bank has been advising the leaders to “commercialize” their utilities as part of an overall bank policy of privatization and free-market economics.

Now, let’s discuss some of the areas of the world which are more susceptible to coming water combats. Beginning with tension between India and Pakistan, swiftly melting glaciers in the Himalayas will soon reduce the flow of mighty rivers like the Indus, Ganges and Brahmaputra making the Indian sub-continent one of the most exposed area to drought.

Control over the remaining water in the Indus will ignite fire of war around Kashmir where the river emerges more acute. Pakistan is highly dependent on the flow of the Indus for its agriculture and freshwater supplies. Hence, any attempt by India to subdue the Indus water or tamper with its smooth flow will face major resistance from its nuclear armed neighbor Pakistan.

Further to say, In Pakistan, meanwhile, runaway population growth and shifting rainfall patterns threaten its water outlook. With a massive population set to nearly double in next 35 years, Pakistan’s demand on its very limited water resources will intensify in a way that is almost unimaginable. Already, the country is one of the most water scarce on earth.

The Tigris-Euphrates River is another area which is likely to witness water conflicts. In more recent years the Turkish have built dams which control the flow of water to Iraq and Syria.

If Turkey continues to take more water or drought reduces the river’s flow even further then the two water stressed countries downstream could become extremely unhappy with Turkey. This in turn could spark violent conflict.

In addition, Water has also played a significant role in Yemen’s ongoing collapse. Decades of mismanagement have left the country — one of the world’s most water-scarce nations—with dilapidated water infrastructure, severely depleted groundwater reserves, and high rates of water-use inefficiency. Yemen’s capital, Sana’a, may become the first capital in the modern world to functionally run out of water, possibly as soon as 2025.

Inter alia, The Nile is the world’s longest river and it is no surprise that there is too conflict brewing over its water. For millennia, Egypt has been synonymous with the Nile. Since times of antiquity, Egypt has been dependent on the Nile for water, transport and food. Look at a map of the country and see how nearly the entire population hugs the river whereas the rest of the country is largely desert. But ever since Ethiopia built the first Renaissance dam – Egypt has been pressuring its southern neighbor to ensure that it does not take more than its fair share of water.

The danger is that the more water Ethiopia, Sudan and South Sudan use for themselves, the less will reach upstream for the Egyptians to use. The countries are in talks to resolve water usage peacefully. However, if these discussions fail, then a water war is a possibility.

Briefly, other countries which may put their feet in the battle ground for occupying blue gold (water) include Iran, Afghanistan, Egypt, Libya, Nigeria, and Somalia. Even more worrisome, global heavyweights such as China, India, and even the United States face uncomfortable futures given mismatches between forecasted demand for water and squeezed sources of supply.

To cap it all, realizing the gravity of situation, we being responsible inhabitants of this planet should give up our clinical attitude towards this most grave issue and devise an effective strategy to cope with this emerging source of global conflict for we could live without oil (black gold) but without blue gold (water), we are doomed to extinction. Further, those countries which are at daggers drawn on this very issue must resolve their matters by resorting to hydro-diplomacy for “water, as remarked by Antonio Gueterres in his recent press talk in Pakistan, should be an instrument of peace not war…