(NRK) Denies having killed a cohabitant: - I'm not stupid. I'm not crazy.

Denies having killed a cohabitant: - I'm not stupid. I'm not crazy.

Tirhas Tekle Kiflay (33) was found dead in Trolla in Trondheim in April. On Monday morning, her cohabitant appeared in court. He denies having anything to do with the murder. 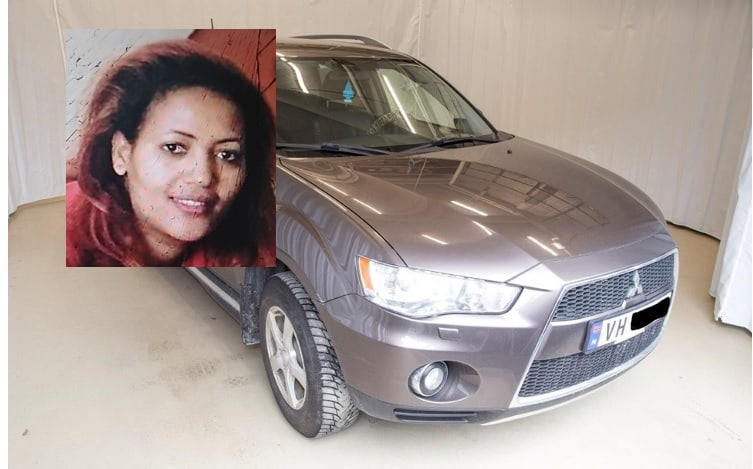 When asked if he pleaded guilty, the defendant replied that he was neither stupid nor crazy.

But according to the indictment, the man killed his 33-year-old cohabitant by stabbing and / or cutting her several times with a knife .

The murder is said to have taken place in their home sometime between Friday night, March 27 and the night before Saturday, March 28.

State Attorney Per Morten Schjetne showed in court today pictures of blood that was found in the apartment. The blood belonged to the deceased.

The accused explains this by saying that Kiflay in connection with cooking this evening broke a glass and cut himself on the hand from the pieces of glass. Therefore, she spilled blood in the apartment.

When asked by the prosecutor if he has told this to the police before, he replied that the death has affected him very strongly. He therefore does not remember everything he has explained and says he was not completely himself after this.

He also explained that he only went to bed this evening and that she had been down in the car and picked up something. The accused also thought that she might have taken a ride without him knowing for sure.

It was the man accused of murder who himself reported Kiflay missing on March 31. He has always denied having anything to do with the murder.

In court today, prosecutor Schjetne presented two messages that the defendant is said to have sent to the deceased a few hours before the prosecution believes the murder took place.

Here the accused wrote: Just wait your liar, now I have seen through you.

The last conversation on the deceased's phone was a little before 9 pm on the night the murder is said to have taken place.

The two had two minor children together. Kiflay, who came to Norway from Eritrea in 2011, also had two children from earlier.

Goes out with a picture of the knife

NRK has gained access to several of the photos taken in connection with the investigation of the case.

Among other things, the image of what they believe is the murder weapon; a knife with 20 centimeters long blade. Police have also found traces of blood with the woman's DNA in their home and in their car .

Blood in the trunk

Prosecutors believe Kiflay was killed at home. In the morning the next day, the accused drove towards Storlien. He gave an explanation for this today.

His cohabitant had said she was going to Sweden to visit her sister and cousin and that she was given a ride by a man. She left on Saturday morning at five in the morning. The accused decided to check if she got over the border and drove in the morning to Meråker where he was stopped by border guards from HV.

Because of the corona, he was advised by the border guards not to enter Sweden and he turned around. According to what NRK has reason to believe, the body of Kiflay was then in the trunk where blood has been found.

The accused said that the cohabitant had been in the car the night before and he emphasized that she had cut her hand that night.

During the introductory lecture, Schjetne showed pictures from the trunk of the family car. Here, among other things, blood was found on some straps and on the luggage mat. This was blood with the same DNA profile as the deceased.

Traffic data on the phones

Schjetne also spent time reviewing traffic data from base stations showing where the phones of the defendant and Kiflay were at different times.

Defendant said, among other things, that he had not seen Kiflays after she left the apartment on Saturday morning at 05.00 and that he did not have her phone. That was the day after the prosecution believes she was killed.

The prosecutor therefore asked the defendant how he could explain that both his telephone and Kiflay's telephone received the same base station signals on the trip to Meråker. The defendants have no explanation except that they traveled the same road.

- But it will also be brought back to Trondheim - how do you explain that?

- That phone was not with me, the accused said.

The prosecution believes that the accused transported her to Trolla, which is just outside Trondheim, where she was dumped. In interrogation, the accused denied having driven a car on the night this is said to have happened.

But prosecutor Schjetne today presented traffic data from the defendant's mobile phone which showed that he had been in the area by Trolla. An access card seized by the police also shows that the family's car drove in and out of the parking garage during this time.

The prosecutor continues the interrogation of the accused when the case continues on Tuesday.