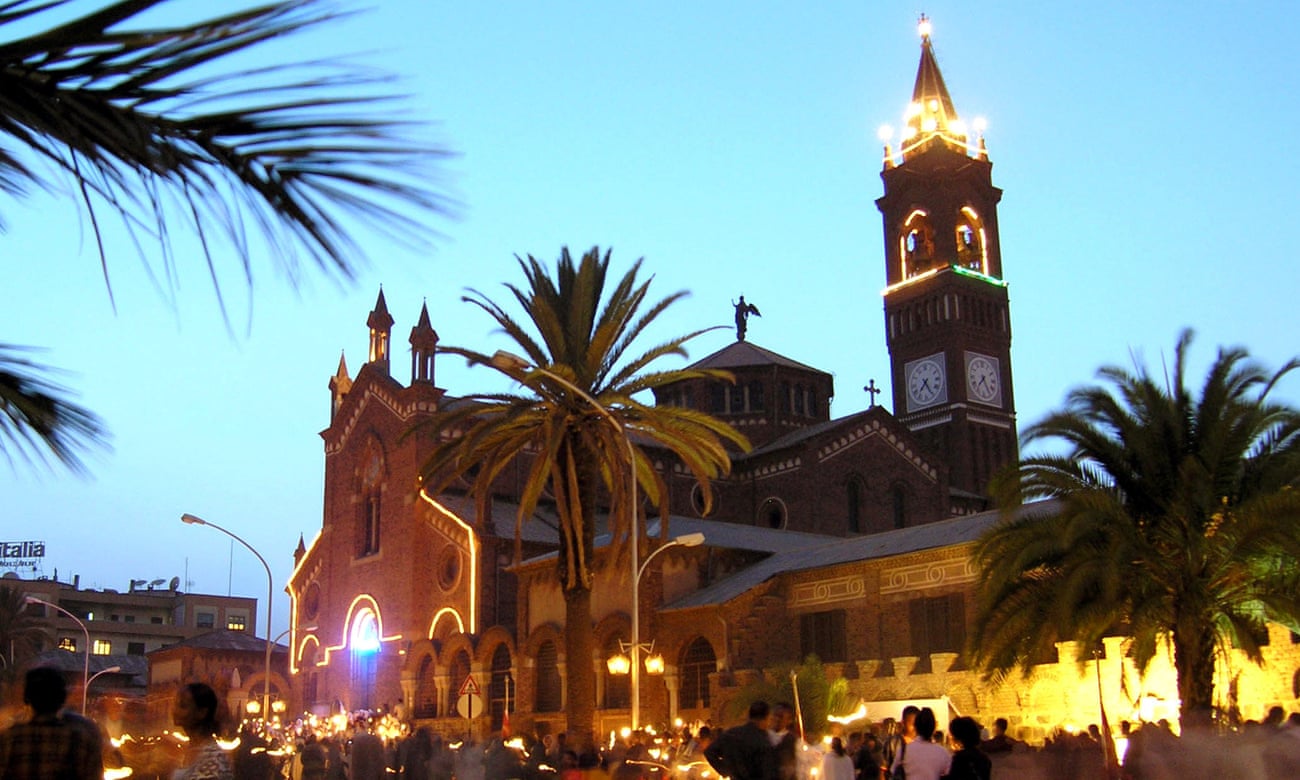 Last night, right before 8pm, 3 explosions were heard in Asmara. The TPLF fired rockets/missiles at Asmara, our capital. They landed on the outskirts of Asmara (not far from my close friends and relatives, and minutes away from my residence). There were no casualties, no injuries, and no major damage (i.e., no homes or buildings were hit). Authorities have been conducting investigations and collecting remnants and debris/etc.

Reports that the Ministry of Information, Asmara International Airport, or other major buildings/etc. having been hit are completely false. Also completely false are the reports and images purporting to show that Asmara is on fire or in chaos and mayhem. Everything in Asmara is absolutely normal: quiet and calm (as always). People are going about their day as usual (i.e., Church, jogging and biking, visiting relatives, preparing food for the day, washing, calling friends, etc.).

Of course, last night local citizens were at first understandably surprised and concerned when they heard the sounds. But things quickly returned back to normal. Any challenges apparent at the time with telephone line connections was not due to damage from an attack. The issue was simply because so many people were calling each other, thus flooding the lines.

This act by the TPLF is a serious and dangerous escalation. It is rooted in several factors. One is that it has likely become increasingly frustrated and desperate at the way things have been unfolding in Tigray (so far unfavorable for it). In addition, the TPLF may be trying to lure or provoke Eritrea into the conflict, as they believe that this will somehow help them (e.g., belief that internationalizing the situation will lead to global community stepping in to stop Abiy’s actions against the TPLF). They also hope to spread fear, panic, and confusion in Eritrea, as they believe that this will lead to possible cracks, uprising, or dissension among the government, EDF, or its people. (However, this reflects a total and complete lack of awareness and understanding of the country and its people’s resolve.)

The claim that the latest act by the TPLF was taken to “hit back” at Eritrea for the latter’s alleged engagement in fighting in Tigray is misguided and holds little water: thus far, throughout the events in neighboring Ethiopia, Eritrea has not sent its troops across the border or into Tigray. For one, it sees the issue as an internal Ethiopian matter. Second, doing so would likely complicate matters and raise problems. And, it has not even been necessary; Ethiopia’s federal forces appear to be doing a well enough job in Tigray and Eritrea also has not been under any major threat.

However, this latest act by the TPLF must be recognized for what it is: an act of war on Eritrea, which, again, has thus far not been a party to the conflict in Tigray. For global officials and the international community: enough of the tepid statements that ultimately only serve to stiffen the TPLF hard-line leadership’s resolve and strengthen its belief that violence and will be rewarded. The international community must condemn, in the strongest terms possible, the latest act by the TPLF. World officials must also vow to make certain that there will be justice, accountability, and no impunity for the TPLF.

Eritrea has thus far demonstrated extreme restraint and patience in the face of countless provocations and relentless aggression by the TPLF. Without strong and immediate action by the world community, Eritrea may not do so for much longer – and it could not be blamed.

https://fiqre4eri.wordpress.com
Back to Dehai News