scientists have studied baboon mummies discovered in ancient egyptian temples and tombs and compared them to modern baboons to find out the exact location of the legendary country of punt, an important trading partner of the egyptians and where the egyptians stocked up on luxury items. 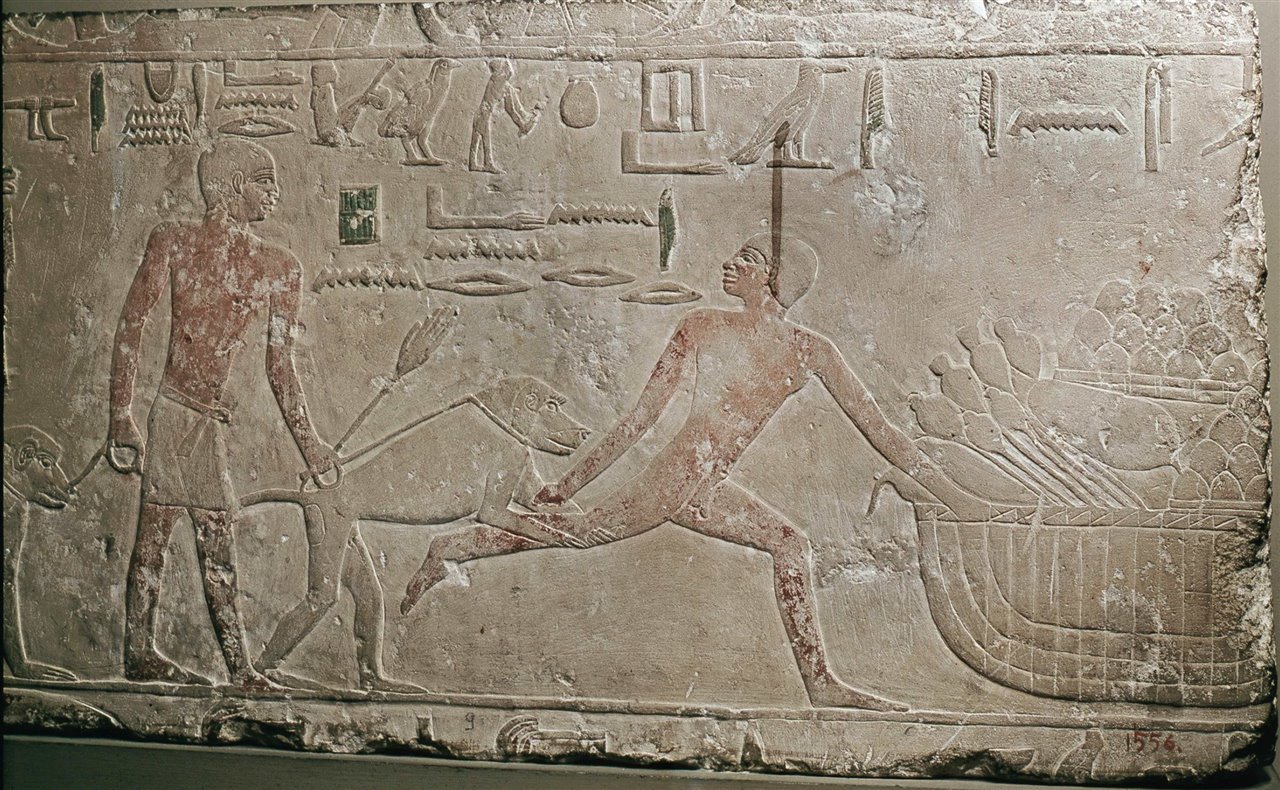 el Punt, a legendary land whose name evokes exoticism, was an important trading partner of Ancient Egypt for at least 1,100 years. That territory was an important source of luxury items, including frankincense, myrrh, gold, leopard skins, and live baboons. Such was its importance that, for example, the reliefs that decorate the funerary temple of Queen Hatshepsut (1479-1458 BC) in Deir el-Bahari recreate a commercial expedition sent by the sovereign to that distant country to bring such exotic products to Egypt. like monkeys, giraffes and incense trees. Also at a site called Mersa (Wadi Gawasis), located on the Egyptian coast of the Red Sea, archaeologists Kathryn Bard and Rodolfo Fattovich, from Boston University, found during their excavations, carried out at the site between 2001 and 2011, a 2,800-year-old stone inscription documenting a trip to distant Punt.

THE MYSTERY OF THE EXACT PLACE WHERE THE PUNT WAS

Located somewhere in the southern Red Sea region in Africa or Arabia, scholars have debated the geographic location of this mysterious territory for more than 150 years. Now, a new study tracing the geographic origins of some mummified baboons found in Egypt has found that these animals come from a wide region that includes the modern territories of Ethiopia, Eritrea, Dijbouti, Somalia and Yemen, offering a new perspective on the location of the country of the Punt. The results of this study, published in eLife , also demonstrate the great nautical ability of the ancient Egyptians. An interdisciplinary team of researchers from Dartmouth College, in New Hampshire, USA, including primatologists, Egyptologists, geographers, and geochemists, have studied the isotope composition of baboons discovered in ancient Egyptian temples and tombs, and compared it to that of modern baboons living in the East Africa and southern Arabia. 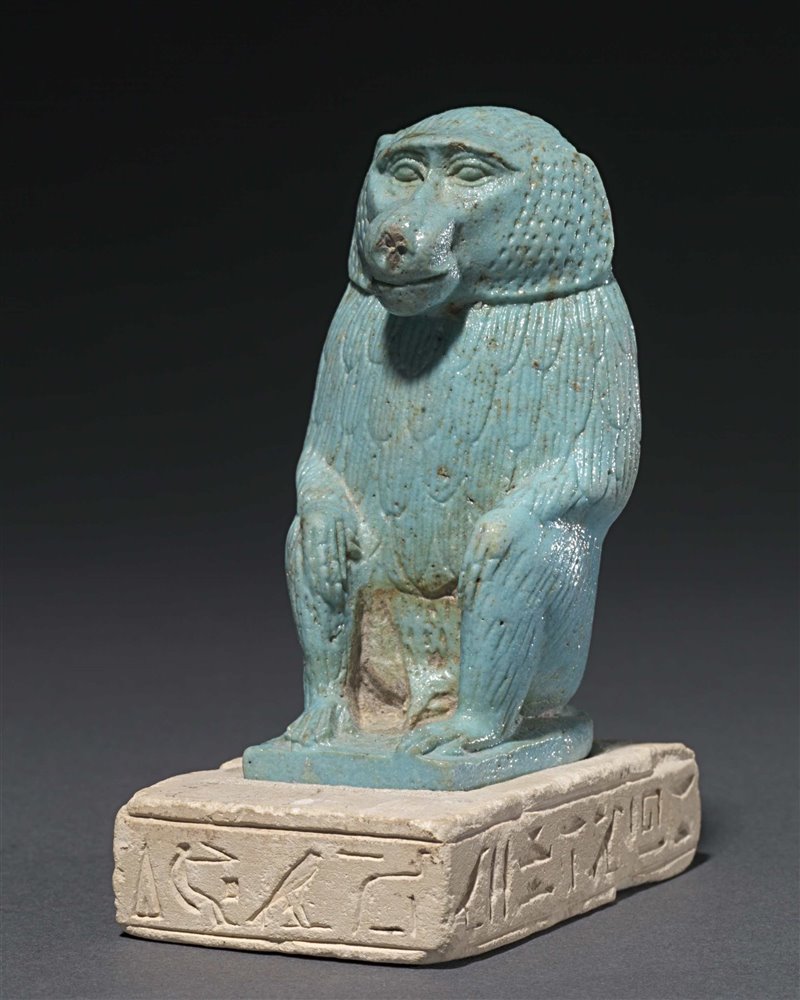 Statue with a limestone base representing a baboon. Ptolemaic period.

"A new study tracing the geographic origins of some mummified baboons has found that these animals come from an area that includes the modern territories of Ethiopia, Eritrea, Dijbouti, Somalia and Yemen.

"The long-distance navigation between Egypt and Punt, two sovereign entities, was an important milestone in human history because it fueled the evolution of maritime technology. The trade in exotic luxury goods, including baboons, was the engine of the first nautical innovations. Many scholars see the trade between Egypt and the Punt as the first long sea passage in a trade network known as the spice route, which would continue to shape geopolitical fortunes for millennia. Other scholars put it this way. more simply, describing the Egypt-Punt relationship as the beginning of economic globalization.Baboons were critical to this trade, so determining the location of the Punt is important. For more than 150 years, the Punt has been a geographical mystery. Our analysis is the first to show how mummified baboons can be used to clarify this long-standing debate, "explained Nathaniel J. Dominy, Professor of Anthropology at Darmouth College.

Relief from the Hatsehpsut temple at Deir el Bahari showing the obese queen of Punt.

THE FOOTPRINT OF THE WATER

The ancient Egyptians revered baboons throughout their history, and the oldest evidence of this dates back to 3000 BC It is a statue representing one of these apes and is inscribed with the name of Narmer, the first pharaoh from Egypt . Baboons were even deified, as they were considered living manifestations of Toth, a god associated with the Moon and wisdom. The male of a species of baboon, the Papio hamadryas(the sacred baboon), has often been depicted in wall paintings and statues in a seated position, with its tail bent to the right of its body. Of this species were the mummified baboons in the same position, and they were buried with a linen shroud carefully wrapped around their limbs and tail. Another species, the Papio anubis (the olive baboon), was also mummified, but its funerary treatment reflected much less care.

"Baboons were even deified, as they were considered living manifestations of Toth, a god associated with the Moon and wisdom.

But the baboons did not appear naturally in the Egyptian landscape, they arrived there as a result of foreign trade. The study has focused on some mummified baboons from the New Kingdom (1539-1077 BC), preserved in the British Museum , and on some specimens from the Ptolemaic period (305-30 BC) from the Petrie Museum of Egyptian Archeology at University College From london. In addition, the authors examined the tissues of 155 baboons from 77 different locations in East Africa and southern Arabia. The team measured the oxygen and strontium isotope compositions, and used a technique known as isotopic mapping to estimate the geographic origins of the animals. 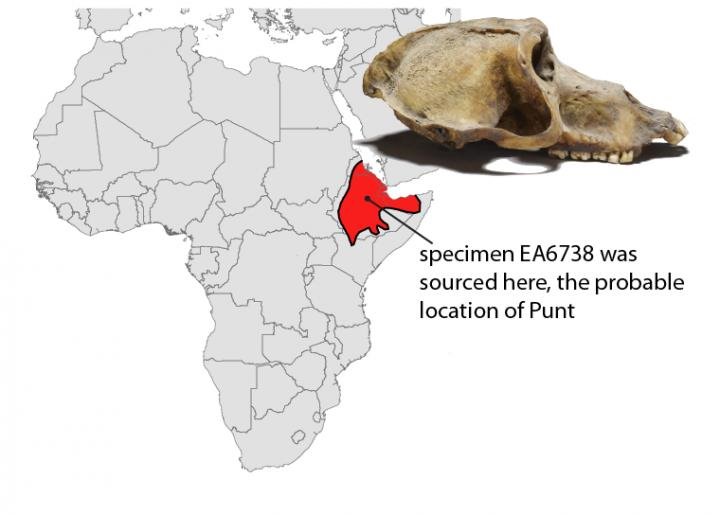 Map of Africa that locates the possible origin of one of the baboon specimens studied, EA6738.

Strontium is a chemical element found in bedrock that is specific to a particular geographic location. As this material erodes, it is absorbed by the soil and water and it enters the food chain. When animals drink water and feed on plants, their teeth, hair, and bones get a geographic signature that reflects where they have lived in the past and more recently. Baboons have to drink water every day, so their bodies will reflect the oxygen composition of the water in the landscape they inhabit.The enamel of the teeth of an adult animal reflects the unique strontium composition of its environment when the teeth formed in their first years of life. In contrast, hair and bones have isotopic signatures that reflect previous months (hair) or years (bones) of dietary behavior. Like strontium, the oxygen compositions (specifically, the isotopes) of water can also vary depending on geographic location, but the researchers believe that the data for specimens in this category are inconclusive and only reflect values ​​specific to Egypt. .

THE ORIGIN OF THE BABOONS

The results of the study show that the two mummified baboons of the New Kingdom species P. hamadryas (classified as EA6738 and EA6736), preserved in the British Museum, were born outside of Egypt. Most likely they came from some area of ​​Eritrea, Ethiopia or Somalia, which would limit the geographical location of the Punt country. The data suggest that EA6736 must have died shortly after arriving in Egypt, as analyzes indicate that his enamel and hair did not have enough time to acquire the local oxygen signature from the drinking water. Five mummified specimens of P. anubisThe Ptolemaic period reflected instead levels of strontium that are consistent with an Egyptian origin, which has led researchers to think of the existence of a captive breeding program for baboons at that time, possibly based in Memphis, the ancient capital of the Lower Egypt, located northwest of the Red Sea. 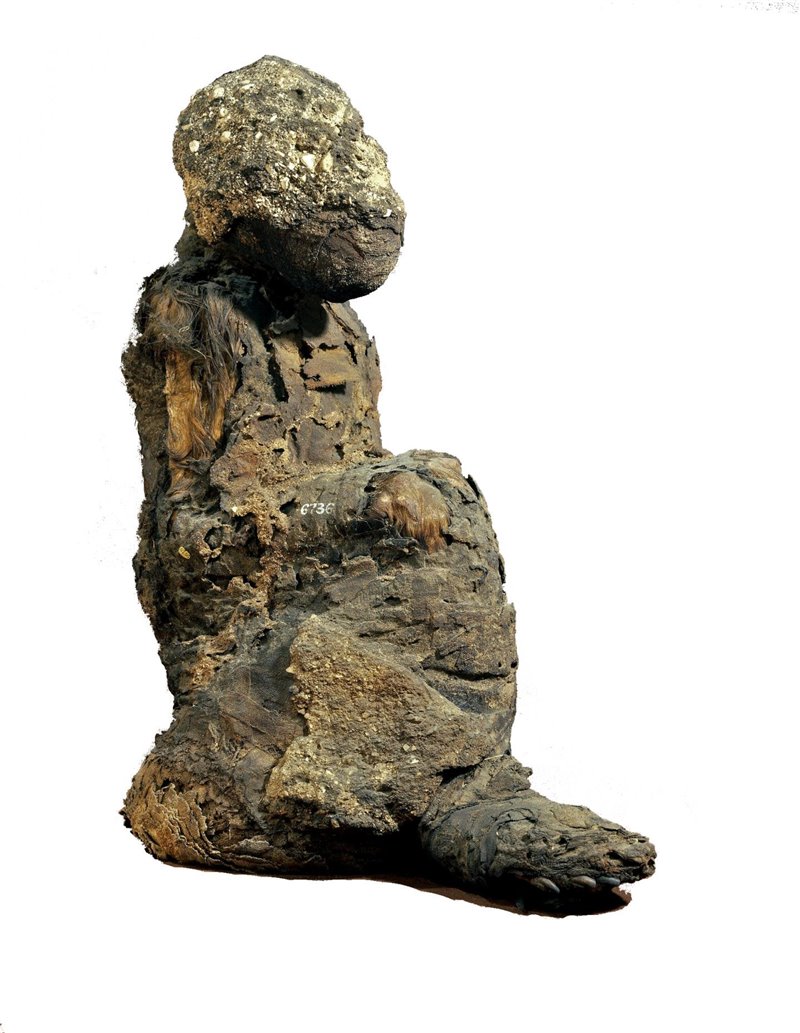 Baboon mummy classified as EA6736, found in the British Museum.

Photo: The Trustees of the British Museum

"Researchers believe that there may have been a captive breeding program for baboons in the Ptolemaic period, possibly in Memphis, the ancient capital of Lower Egypt, located northwest of the Red Sea.

As the researchers explain in the study, the estimated location of the exotic country of Punt remains tentative, but the role that baboons played in the Red Sea trade network and its geographic distribution is critical to understanding the historical origins of maritime trade. international.

Scientists Search for the Land of Punt - Archaeology Magazine