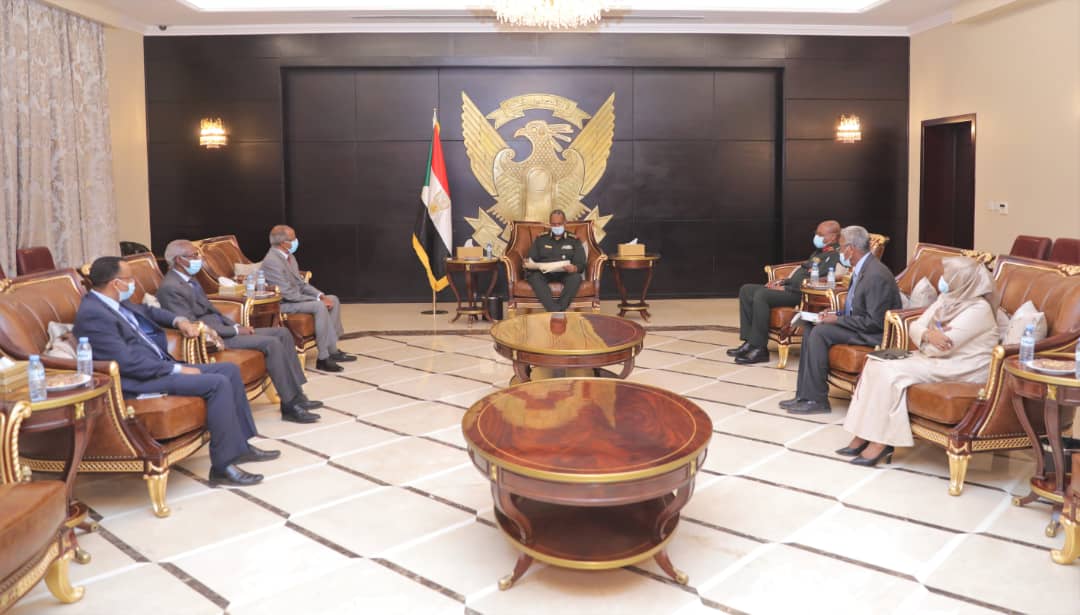 President of the Transitional Sovereignty Council, Lt. Gen. Abdul-Fattah Al-Burhan, has received a written message from the Eritrean President, Isaias Afwerki, dealing with the bilateral relations and means of strengthening them in al domains.
Khartoum - Ahmed Younis, Mohammed Amin Yassine
Eritrean President Isaias Afwerki sent a message to Sudanese Prime Minister Abdallah Hamdok, affirming that his country is not involved in the ongoing border conflict between Sudan and Ethiopia.

Eritrean Foreign Minister Osman Saleh and Presidential Adviser Yemane Ghebreab delivered the message during a visit to Khartoum on Wednesday.

Afewerki said that his country calls for a peaceful solution between the two sides in a way that serves peace, stability, and security in the region.

In his message, the Eritrean President also stressed the depth of relations between both countries and the need to strengthen and develop them.

He also voiced concern over the border dispute, stressing that his country supports Sudan’s right to extend its sovereignty over its lands.

Last week, Ethiopia’s Ministry of Foreign Affairs issued a statement saying that Ethiopia “strongly believes that the conflict being trumpeted by the Sudanese government’s military wing could only serve the interests of a third party at the expense of the Sudanese people.”

This was a hint at Eritrea, as revealed by Sudanese media.

In response, the Sudanese Foreign Ministry described the Ethiopian statement as a "betrayal to the history of Ethiopia’s relations with Sudan and a denial to the mutual relations between the people of the two countries."

In another context, Ethiopian Foreign Minister Gedu Andargachew urged the Ethiopian asylum seekers in Sudan to return to Ethiopia.

Andargachew asserted that the Human Rights Council has commenced a probe in allegations of human rights violations in Tigray, including the Mai Kadra massacre.

The Ethiopian FM said that some refugees in the Sudanese camps committed crimes, to which they will be prosecuted.