TSG riders show they’ve got the right stuff in Turkey

TSG riders show they’ve got the right stuff in Turkey 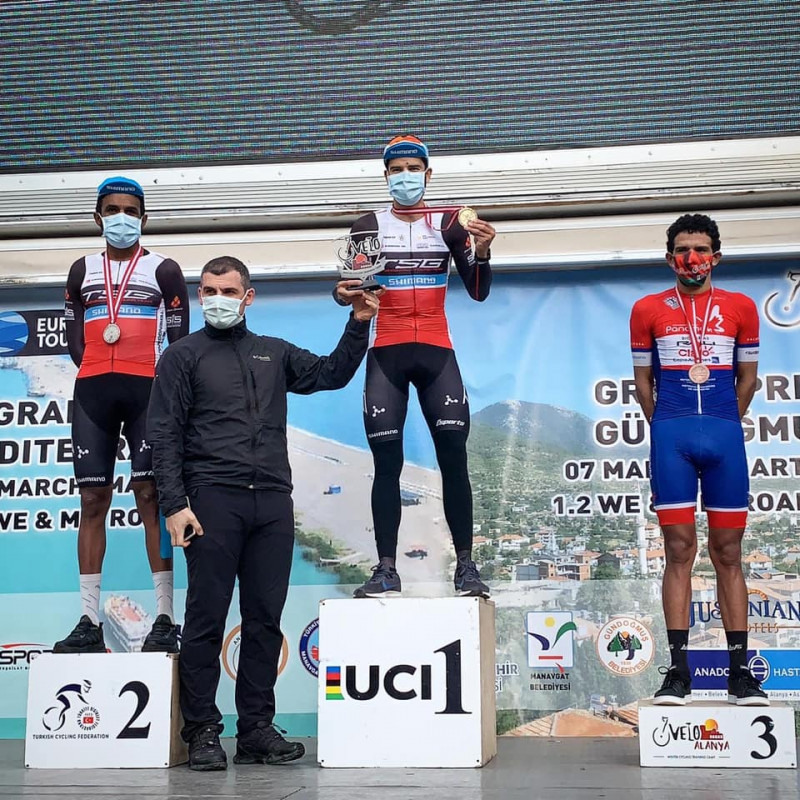 PETALING JAYA: Terengganu Cycling Team (TSG) riders ended their Turkish campaign on a high with a win and a top-four finish in the Grand Prix Gundogmus and the Grand Prix Mediterranean.

Colombian Carlos Quintero claimed his second win in Turkey after coming in first ahead of TSG teammate Metkel Eyob of Eritrea in the Grand Prix Gundogmus in Turkey.

Quintero timed his attack to perfection in the closing stages of the 104.5km race to win in 2’41:01, finishing 16 seconds ahead of Eyob while Panama’s Franklin Archibold finished third.

The 35-year-old Quintero had won the Grand Prix Velo Alanya two weeks ago.

“It’s the best birthday present for me. It feels unbelievable to win again. Thanks to my teammates for working hard from the start of the race to make this possible, ” said Quintero, who turned 35 on March 5.

Malaysia’s top road cyclist Harrif Saleh just missed out on a second podium in Turkey after coming in fourth in the sprint finish in the Grand Prix Mediterranean on Sunday.

Teammates Irwandie Lakasek and Wan Abdul Rahman Hamdan, who was promoted to the elite squad last year, did well to finish sixth and eighth in the same group while Eyob was 26th from over 150 starters.

TSG’s Nur Aiman Zariff and Quintero finished out of the top 50 after doing their part for the team earlier in the race.

Harrif became the first Malaysian rider to win an UCI classified road race in Europe when he triumphed at the Velo Manavgat GP last month.

All in all, TSG took part in six one-day races in Turkey. 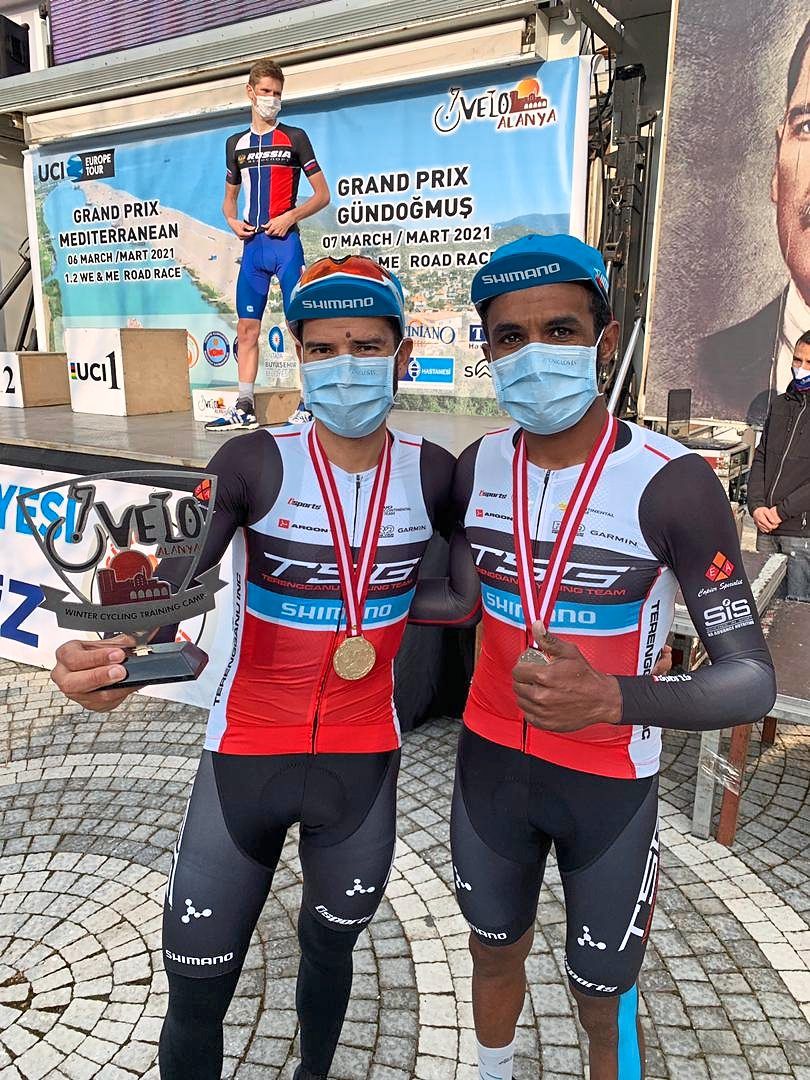 Pedalling on: Carlos Quintero (left) and Metkel Eyob pose with their medals after their 1-2 finish at the Grand Prix Gundogmus.