Chris Coons to deliver a tough message to Abiy Ahmed. 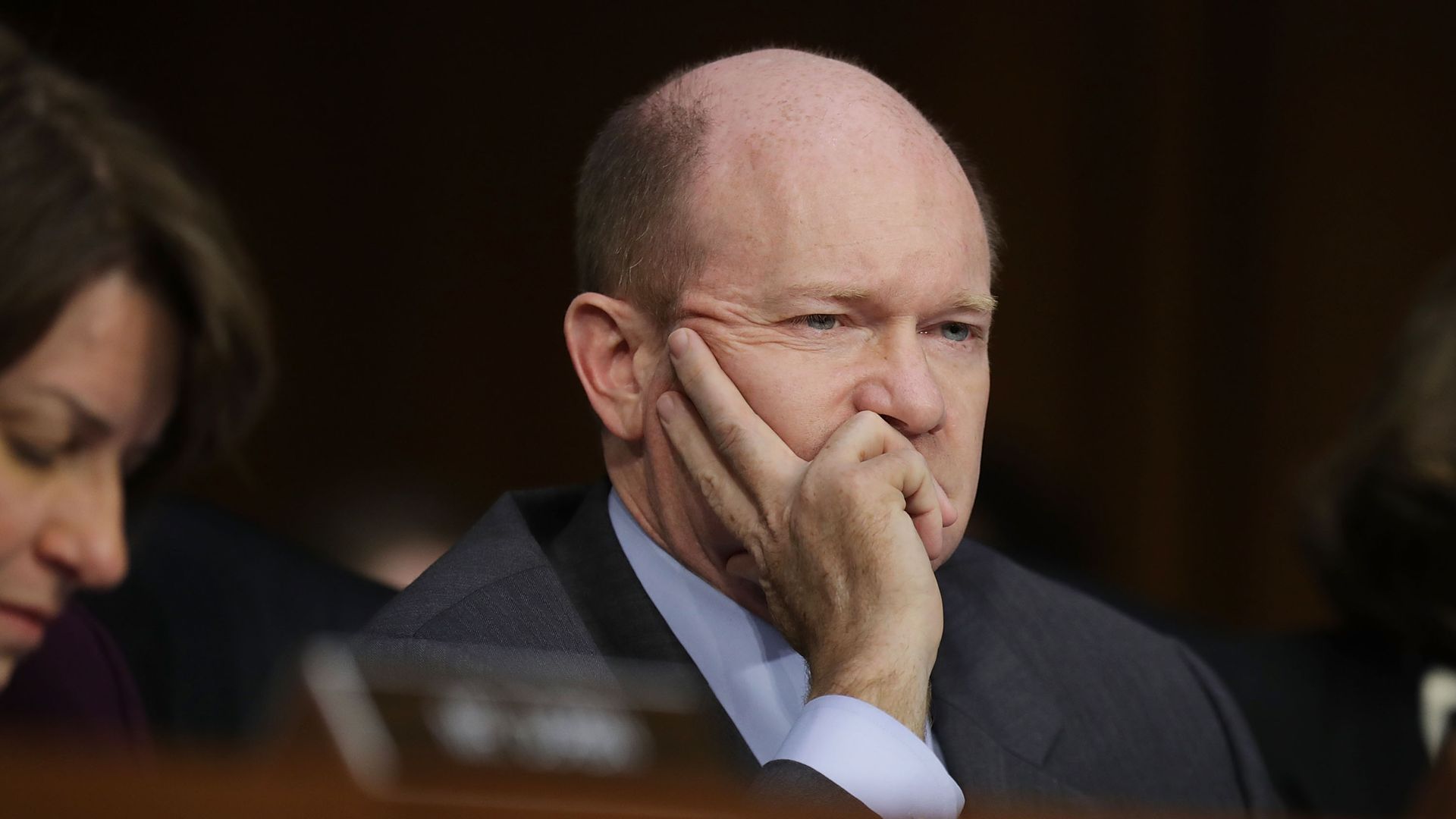 Sen. Chris Coons. Photo: Chip Somodevilla/Getty Images
President Joe Biden is deploying one of his closest allies on Capitol Hill to East Africa to urge an end to the growing conflict in Ethiopia that has already killed thousands and forced hundreds of thousands to flee their homes.
Delaware Sen. Chris Coons, once a top contender to be Biden’s secretary of state, is departing on a temporary diplomatic mission to meet with Ethiopian Prime Minister Abiy Ahmed to address the crisis in Ethiopia’s northern region of Tigray.
Coons is expected to depart on Thursday for Ethiopia, where he will meet with Abiy and officials from the African Union over several days to discuss the situation in Tigray, according to a senior White House official who spoke on condition of anonymity.
His trip comes after months of fighting in Tigray following Ethiopia’s military campaign to oust the former regional ruling party, the Tigrayan People’s Liberation Front, in a conflict marked by widespread allegations of ethnic cleansing, sexual violence, and massacres of civilians.
Coons told Foreign Policy in a statement that he shares the administration’s concerns with the “deteriorating situation in the Tigray, which threatens the peace and stability of the Horn of Africa region.”
“I look forward to engaging with Prime Minister Abiy Ahmed Ali and conveying the President’s concern,” he said.
U.S. officials and regional experts warn that if left unchecked, the conflict could spiral into a full-blown regional crisis and cause knock-on destabilizing effects in Ethiopia’s neighboring countries. Human-rights groups accused forces from neighboring Eritrea of systematically massacring hundreds of unarmed civilians in Tigray in November, shortly after the outbreak of the conflict.
Coons, a member of the Senate Foreign Relations Committee and chairman of the powerful Senate appropriations subcommittee that oversees funding for diplomacy and foreign-aid programs, has joined a growing chorus of voices in Washington condemning the wave of violence in northern Ethiopia.
Secretary of State Antony Blinken, testifying before Congress on March 10, condemned what he called “acts of ethnic cleansing” in Tigray and called for an independent investigation into the violence and “full accountability.” The U.S. government has thus far stopped short of declaring the full conflict as “ethnic cleansing”—a legal determination that requires an interagency review process.
“What’s happening in Ethiopia has had, and will continue to have, devastating consequences for thousands of innocent people, and it poses a direct threat to regional peace and security,” Linda Thomas-Greenfield, Biden’s ambassador to the United Nations, told the U.N. Security Council on March 4. “The onus to prevent further atrocities and human suffering falls squarely on the Ethiopian government’s shoulders.”

The United Nations has confirmed reports of Eritrean forces in Ethiopia’s Tigray region, despite steadfast denials of their presence by both the Ethiopian and Eritrean governments. Ethiopia has also rejected U.S. assertions of acts of ethnic cleansing in Tigray, calling the claims “a completely unfounded and spurious verdict against the Ethiopian government.”

The senior White House official told Foreign Policy that Coons is also expected to press Abiy on resolving an ongoing border dispute between Sudan and Ethiopia and urge him to open up access to Tigray for humanitarian assistance.

“The humanitarian situation is getting to a point that we really will need Abiy to loosen up the humanitarian space so that we can actually get the right amount assistance, getting a good assessment of what’s going on on the ground … and to do what he can to get those other forces out who are being unhelpful,” the official said.

It’s unusual for a president to dispatch a sitting U.S. senator to carry out a diplomatic mission, though officials said Coons has unique political clout given his leadership roles in the Senate and close relationship with the president, whose Delaware Senate seat he won in 2010 after Biden became vice president. From his perch on the foreign-affairs committee, Coons has also been an active voice on U.S. policy on Africa, serving on the subcommittee that oversees Africa and global health.

Several U.S. officials familiar with the matter said the move could also reflect the fact that after only two months into office, Biden still has only a thin bench of senior, Senate-confirmed appointees in his administration to deploy to crises around the world as he works to fully staff up his foreign-policy team and State Department.

Biden has yet to name an assistant secretary of state for African affairs, and several other senior Department of State nominees are still awaiting Senate confirmation.

The Biden administration is expected to create a new position, a special envoy for the Horn of Africa, to manage the U.S. response to the crisis in Ethiopia and other sources of instability in the region.

Biden dispatches US senator to Ethiopia over ... - Reuters