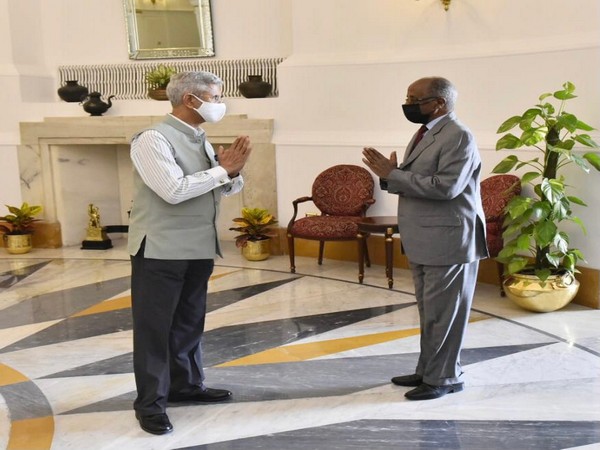 Arindam Bagchi, the official spokesperson of the Ministry of External Affairs, shared the news of the development on his official Twitter handle.

Jaishankar informed that he had "useful discussions" with Osman Saleh.

Eritrea is a part of the Horn of Africa, the northeastern region of Africa. The Horn comprises Sudan, Eritrea, Ethiopia, Djibouti and Somalia.

The Horn of Africa has been at the center of global attention for several decades because of protracted armed conflict, severe food crises and large-scale displacement.

Africa is critical to India's security, especially the Horn of Africa region, because of its proximity with India. The Indian Ocean region and Africa are central to the foreign policy of India.

India has traditionally engaged with African nations through its soft power initiatives.

Moreover, China's geopolitical interest in the Horn is growing over the last decade with the regular deployment of naval units to combat piracy in the Gulf of Aden.

With an accord signed, Beijing has secured the rights to a base in Djibouti. Djibouti could become another of China's "string of pearls" of military alliances and assets ringing India, including Bangladesh, Myanmar and Sri Lanka.
(ANI)