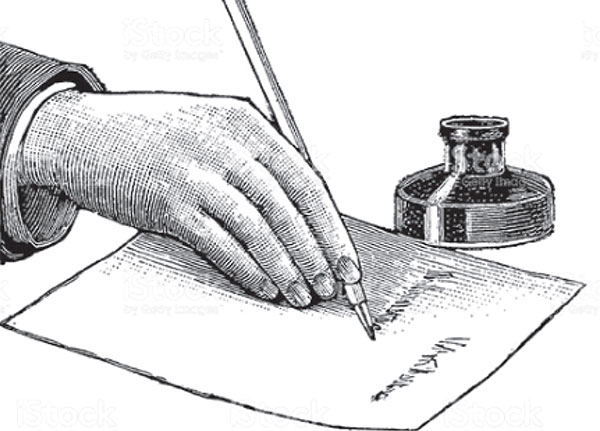 The Tigray People’s Liberation Front’s (TPLF) launch of a massive attack on the Ethiopian Northern Command in early November last year has entailed considerable humanitarian ramifications, even if the worst case scenario has been avoided through swift and effective countermeasures that have thwarted its sinister designs. Prevailing challenges must indeed be gauged against the intractable quagmire that would have enveloped the region had the TPLF’s “blitzkrieg” succeeded.

Be that as it may, the fallouts of the conflict have, and continue to compound, an already complex situation for the Horn of Africa. The host of challenges afflicting the region include the COVID-19 pandemic, long-running regional disagreements and tensions related to the Grand Ethiopian Renaissance Dam (Ethiopia’s mega-dam on the Nile), and one of the worst locust outbreaks in decades (which has raised the dark specter of hunger, unemployment, and poverty for millions).

What has also been a leading, prominent dimension of the situation that has unfolded over the past several months has been the relentless barrage of disinformation, mainly concocted, planted, and disseminated by TPLF remnants and their well-remunerated external networks and sympathizers, as well as a steady stream of poor analyses, commentary, and general reporting.

For instance, it can only be described as mind-boggling and perplexing how some so-called experts and corporate, mainstream media outlets have unceasingly been claiming and reporting, without any credible evidence or investigative scrutiny, that Eritrea, is actually masterminding everything unfolding across the Horn as it slowly and craftily implements its “secretly hatched plans for a grand regional empire” (Foreign Policy Magazine; Al Jazeera). According to the lines of the plot that has been so aggressively spread on, one day Eritrea is “managing and controlling Ethiopia; then next the Sudan; and still the following one it is overseeing and running Somalia”. This is one school of thought in the milieu of detractors. The other complementary school of thought dubs – without a shred of evidence or cogent arguments – that “Eritrea’s role is invariably negative and can only exacerbate the problems in Ethiopia”.

The common thread in both camps that portrays Eritrea as an omnipotent and omnipresent regional player is in sharp contrast with the stifling and disparaging narrative throughout the past decades that depicted the country as “crisis-ridden and on the verge of internal implosion”, (as often proclaimed by the ICG and others).

Furthermore, we also should be in total awe and wonderment of the amazing imagery of the TPLF that has been regularly presented and projected across recent weeks and months. These remarkable portrayals, which are truly masterpieces, have regularly depicted the TPLF as having been an innocent, honest party and a longtime “force for good”. We are encouraged to believe that the TPLF has always been genuinely committed to peace and dialogue.

Of course, this is all dishonest and deluded. Nothing could be further from the truth. In stark contrast to the portrayals and imagery being spread across the media, the indelible facts are that the TPLF ignited the developments of the past several months. It is the TPLF that has been preparing for war, stockpiling weapons, and training militias for years (utilizing funds that were actually destined for development in the Tigray Region). And it is the TPLF that has been the obstacle to peace and the central cause of so much of the tension, violence, and instability that have unfolded over the past several months and years.

The misguided, dishonest, images and portrayals are also a sharp, bitter insult to the tens of millions of people in Ethiopia, Eritrea, and across the rest of the Horn of Africa who have been the unfortunate recipients of the TPLF’s so-called “deep and genuine commitment to peace and dialogue”.

Here, it is also interesting to note the absolute hypocrisy that has been routinely flaunted by certain commentators, and even countries, in the criticisms raised about the response taken against the TPLF’s crimes.

Last November, the TPLF launched a massive attack on all contingents of Ethiopia’s Northern Command. Its objectives – which it openly boasted of – were to take control of the Northern Command (which possessed 80% of Ethiopia’s entire weaponry) and then march to Addis Ababa in order to topple the Federal Government. The plan also involved the goal of invading Eritrea to implement “regime change” and incorporate large swathes of sovereign Eritrean territory into Tigray. Contrary to its planning and expectations, the TPLF failed. However, was Ethiopia – and the broader Horn of Africa – supposed to sit idly as the TPLF launched acts of war, terror, and sedition? Can Ethiopia and the region now really be expected to accommodate the group’s remnants?

For context, did Abraham Lincoln, one of the most revered figures from all of US history, remain idle or negotiate with the South Carolina militia leaders that attacked Fort Sumter in 1861? Or, more recently, consider how Spanish authorities duly responded to the unauthorized referendum on Catalan independence in October 2017. Not only was there a crackdown by police, with considerable violence and what was then described as an “excessive and unnecessary use of force”, many of the leaders and organizers of the Catalan movement were arrested and sentenced to lengthy prison terms for their seditious activities. Recently, the European Parliament even voted to waive the immunity of Catalonia’s former regional Head of Government and two former cabinet members, who have been in exile and subject to European arrest warrants issued by Spain for sedition and “misuse of public funds”. How would have Spain and the EU responded if these leaders went beyond organizing an election and instead carried out a massive military attack on the country’s largest military headquarters that led to countless deaths, injuries, and damages?

Obviously, the question raised is rhetorical and the correct response requires little deep thought; it quickly answers itself.

Finally, it is remarkable that we continue to see so many commentators and so-called experts imploring the West to “do something” or to intervene. However, the notion that the West has been failing to intervene in this region or ongoing events is not only mistaken, it is a complete and total inversion of the truth. Do pause for a moment to consider just how the TPLF, was able to purchase vast amounts of military hardware and arms worth billions of dollars. The simple, undeniable fact is that the certain powers have actually been massively involved and played an important role in many of the events and developments that have led us to this point.

Based on the belief that the TPLF-led Ethiopian government was vital to protecting their geostrategic interests and foreign policy aims, the various countries provided it with unlimited military, economic, and diplomatic cover. This was despite the fact that the TPLF’s nearly 30-years long reign over Ethiopia was marked by massive levels of corruption, harsh and violent crackdowns on its perceived internal opponents, the illegal invasion and military occupation of several neighboring countries, the exclusion and marginalization of several of Ethiopia’s major ethno linguistic and religious groups from political and economic life, the denial of humanitarian and food aid from “disloyal” segments of the country, and counterinsurgencies involving war crimes and crimes against humanity (including executions, rape, torture, arbitrary arrests, and various other abuses).

Again, it is indisputable that the situation that has unfolded in recent months in Tigray Region of Ethiopia, as well as some other parts of the Horn of Africa, is challenging. These developments indeed raise serious points of concern. Unfortunately, the incessant spread of disinformation, poor analyses, and shoddy commentary will do little to help in truly understanding the situation or expediting enduring remedies.