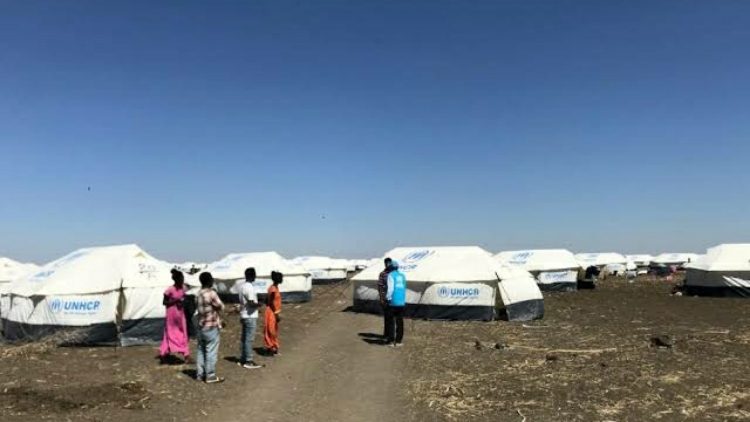 Addis Ababa, August 7, 2021 (FBC) – Agency for Refugees and Returnees Affairs issued a statement in response to the Statement by the UN Human Rights Council Special Rapporteur Regarding the Situation of Eritrean Refugees in Ethiopia

We would like to express our regret that the statement issued by the UN Commission on Human Rights (dated 6 August 2021), based on the hunches of its rapporteur, Dr. Mohamed Abdelsalam Babiker (Sudan) on the situation of Eritrean refugees in Tigray, undermines Ethiopia’s centuries-old protection of refugees and does not take into account the facts on the ground.

We find the statement full of fabrications, misrepresentation, and ill-informed of facts and data, which puts the rapporteur’s impartiality and credibility into question.

To begin with, the statement tries to draw a comparison between TPLF, a terrorist enterprise and the government of Ethiopia and the people of a country that protects refugees for ages by calling them “all combatants”.

Then, it blatantly and deliberately tries to protect the terrorist enterprise by stating “by forces affiliated with [TPLF]”, while directly and falsely incriminating the government of Ethiopia by undermining all efforts exerted to rescue the refugees by relocating them to a safe location and granting assisted urban refugee status.

It has even the audacity to claim that Eritrean refugees are being “targeted and victimized by both sides for their perceived collaboration with the other side in the conflict.”

“How a government who has a proven track record of hosting and protecting refugees for centuries, and is currently granting the right to live in its capital city can be labelled in such a manner is beyond consideration. It is simply an insidious and baseless lie,” said the statement.

While the TPLF and its affiliates were attacking the two refugee camps, it was the EDF that helped ARRA to locate and transport the scattered refugees. Of the 19,200 refugees from Hitsats and Shimelba, the Ethiopian government has relocated more than 9,000 to Mai-Aini and Adi-Harush and 69 to Berahle, 79 refugees are waiting relocation to Berahle, registered more than 5,300 refugees in Addis Ababa, and both ARRA and UNHCR have credible data that shows the total population of Eritrean refugees who fled the two camps and reside in the city is more than 9,000.

We have made 91 hectares of land available to develop into a new camp and have made repeated calls for help in rescuing the refugees. The government has also graciously decided to give out-of-camp status to those who are already in the city and in three days more than 800 are re-registered.

Furthermore, the statement systematically neglects the fact that TPLF launches fresh attacks on refugee hosting areas and puts their lives at risk with reported abductions, killings, looting, and deployment of heavy artilleries inside the camp, and blocks refugees from moving out of danger which is tantamount to hostage situation.  To make the captioned issue straight, this fact has already been expressed by the Government of the USA and the UNHCR in addition to the Ethiopian government.

As the Ethiopian Government’s unilateral ceasefire which is aimed at enabling humanitarian assistance continues to be hampered by the TPLF’s provocations, we have a reason to believe that such a statement is a craft to diminish the efforts of the government. We call for officials holding humanitarian posts to act impartially, however, if this is not the case, the government of Ethiopia would be forced to assess the reasons for impartiality and take measures accordingly.

Reaffirming our commitment to the protection of refugees, we request the UN Human Rights Commission to correct the biased and partial opinions of its rapporteur. We also call the Commission and other international humanitarian organizations to help our efforts of rescuing the refugees from the imminent danger they are in and assist our efforts of investigating the issue.

Tigray conflict: all combatants have the obligation to ... - OHCHR