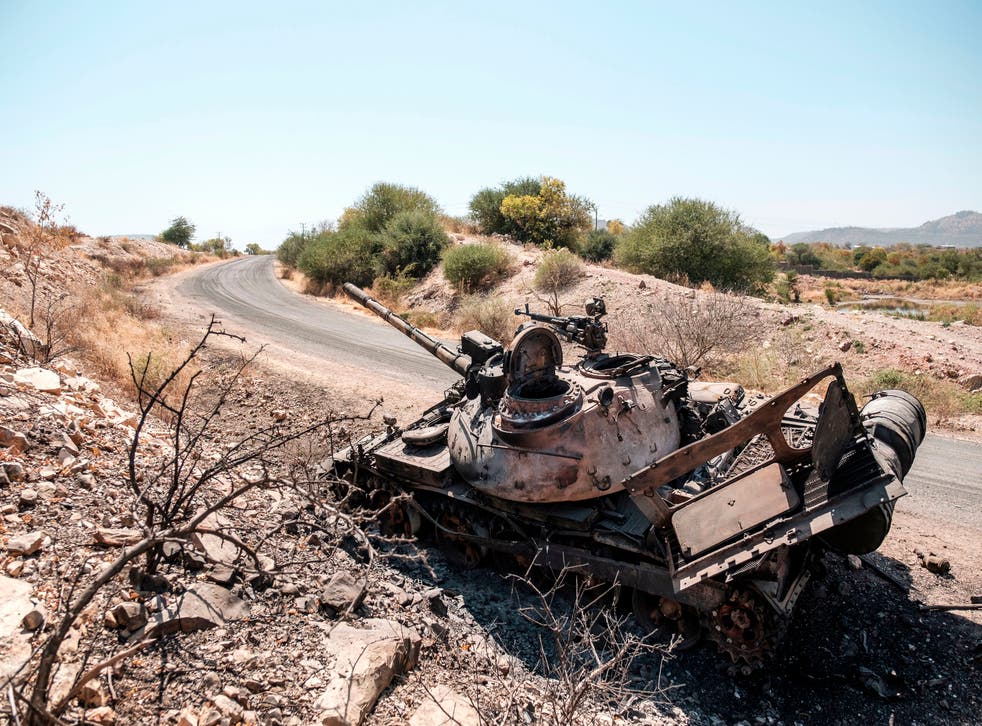 (AFP via Getty Images)
LONDON (Reuters) - The United States and European Union are raising alarm over the recent deployment of troops from Eritrea to Ethiopia’s Tigray region, where nine months of war have killed thousands of people and sparked a worsening humanitarian crisis.

Forces from Ethiopia’s rebellious Tigray recaptured much of the territory in June, in a major setback for Ethiopia’s government. But the new Eritrean deployments, which come months after Ethiopia said foreign troops were pulling out, raise the prospect of an escalation of fighting.

“The United States is concerned that large numbers of (Eritrean Defence Forces) have re-entered Ethiopia, after withdrawing in June,” U.S. Secretary of State Anthony Blinken said in a statement on Monday.

Those remarks came as Treasury Department announced sanctions against a leading Eritrean official it accused of human rights abuses during the war in Tigray. Eritrea said the allegations are baseless.

EU diplomats meanwhile wrote in an internal memorandum on Aug. 20 that Eritrea was sending reinforcements across the border into Tigray.

The document, seen by Reuters, said Eritrean troops had deployed to the already heavily militarised and contested western part of Tigray and “taken up defensive positions with tanks and artillery” around the towns of Adi Goshu and Humera.

It also said that Ethiopian Prime Minister Abiy Ahmed visited Eritrea’s capital Asmara on Aug. 17, a visit that was not announced by his office, while en route to an official meeting in Turkey.

Spokespeople for Eritrea’s information ministry, Ethiopia’s prime minister and Ethiopia’s military did not immediately respond to requests for comment.

War broke out last year between Ethiopia’s federal government and the Tigray People’s Liberation Front (TPLF), which controls the Tigray region, and more than two million people have since been forced to flee their homes.

Eritrean troops entered Tigray to fight alongside federal forces in a conflict marked by abuses including rape, according to investigations by Reuters, the U.N. and international human rights organizations.

The Ethiopian government said in April that Eritrean troops had begun withdrawing.

However, the spokesperson for the Tigrayan forces has repeatedly said that the Eritrean soldiers have remained. He was not immediately reachable for comment on Tuesday.

US, EU warn of influx of Eritrean troops in Ethiopia's Tigray

U.S., EU warn of influx of Eritrean troops in Ethiopia's Tigray
Back to Dehai News