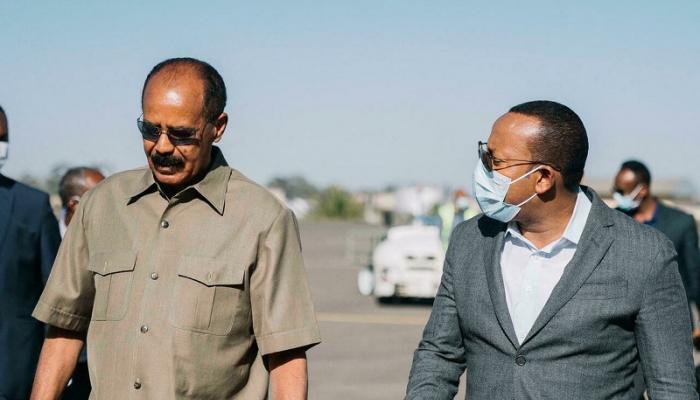 Ethiopian Prime Minister Abiy Ahmed (right) Eritrean President Isaias Afwerki (left)
The Secretary-General of the ruling party in Eritrea accused Washington of adopting the Tigray Liberation Front, interfering in Ethiopian affairs, and trying to destabilize the Horn of Africa.
The Secretary-General of the ruling Eritrean People's Front, Al-Amin Mohamed Saeed, said that "the United States is seeking to restore the Tigray Liberation Front to power again; through interference in the internal affairs of Ethiopia."
In an interview with Eritrean state television, the senior party official accused the United States of seeking to tear the Horn of Africa apart; Who has been suffering from its unconstructive policies, as he put it 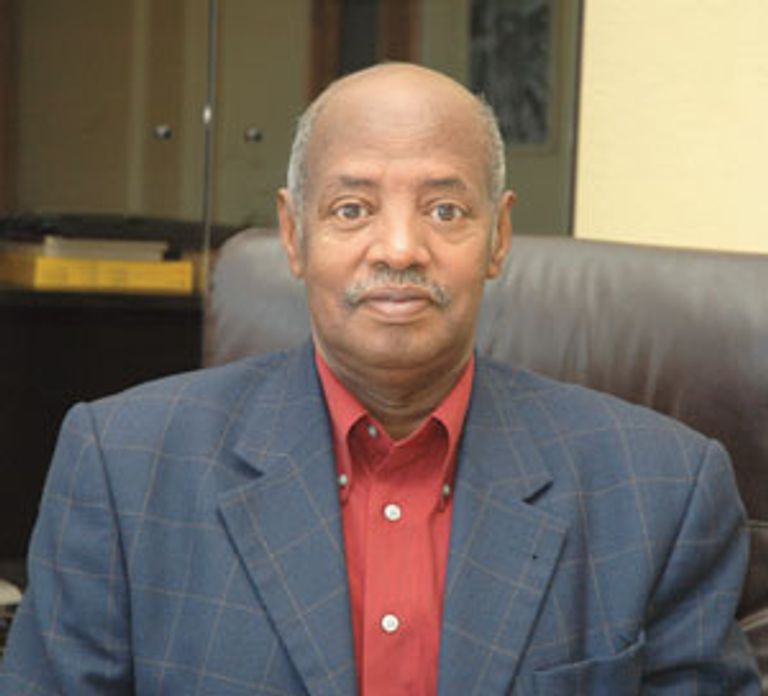 He explained, in this regard, that the US interventions in the Ethiopian and Eritrean affairs are only a result of Addis Ababa's rejection of the US's attempts to support the Tigray Liberation Front and restore it to power again.
He added that the instability of the Horn of Africa region is due to US interventions and its agenda in the region, which is now clearly targeting Ethiopia and its unity, adding, "They want to dismantle the Horn of Africa. Look at what they did in Somalia and what they are doing in Ethiopia today. What is their relationship to what is happening in Ethiopia?" Is this not an internal affair?
Saeed affirmed his country's firm stand against US interference in Ethiopian affairs and support for Ethiopia's territorial integrity, explaining that instability in Ethiopia and the Horn of Africa poses a direct threat to regional peace, especially in Eritrea.
In this context, the Secretary-General of the ruling party of Eritrea stressed that his country's choice is to work with Ethiopia, Somalia, Sudan and Djibouti to ensure peace and stability in the Horn of Africa.