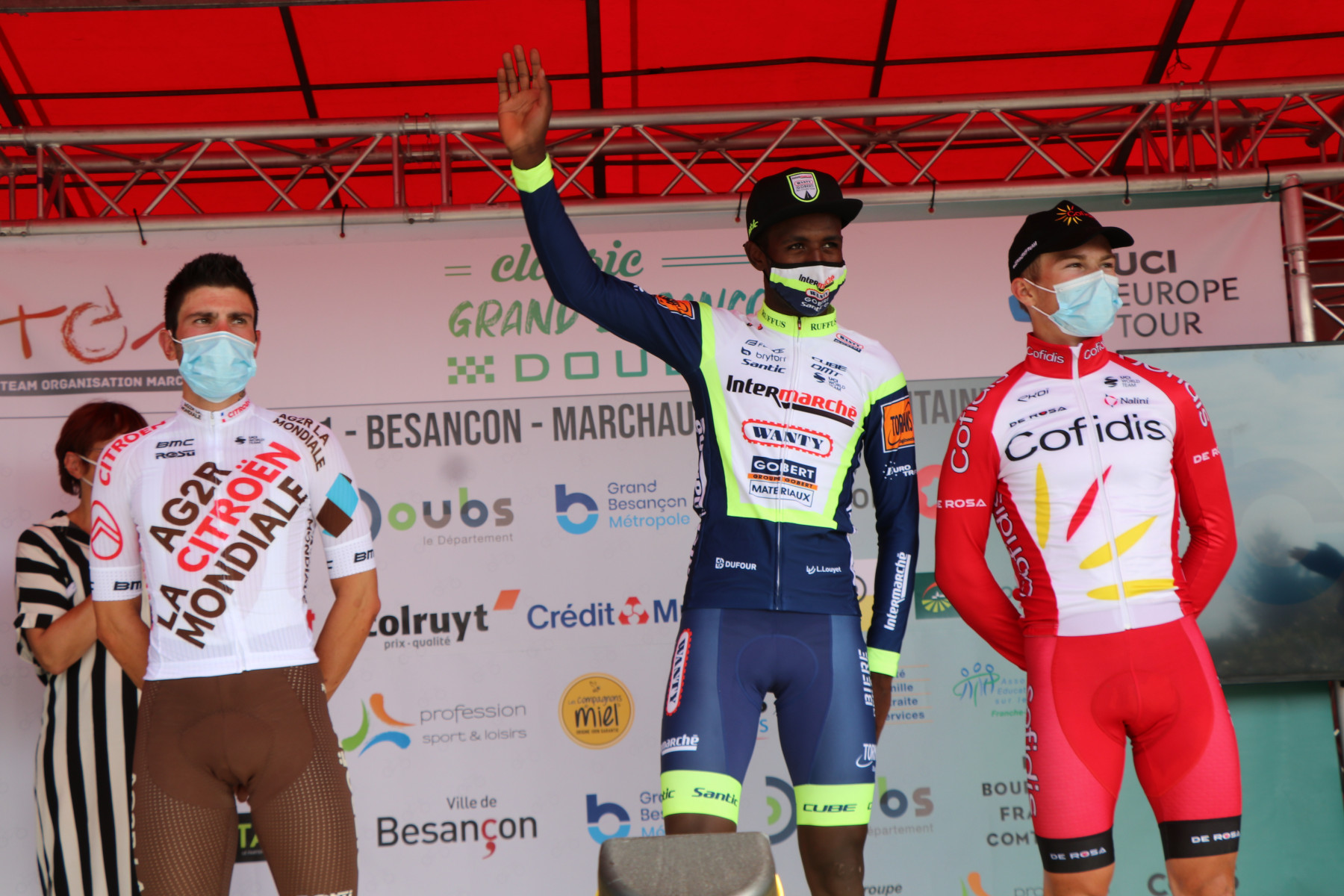 We had to wait to leave France and the Delko formation to see Biniam Girmay triumph on French soil. The Intermarché-Wanty-Gobert Matériaux rider won the Classic Grand Besançon Doubs (1.1) this Friday (see ranking), his first in Europe after several professional successes on the African continent. “I think it’s my best victory. It’s important to win. For the team that expects me to win, but also for me.”. To achieve this, the Eritrean attacked ten kilometers from the end.

But he is not alone in wanting to accelerate. They are then six to accompany him to the front of the race. “When I went out with Quintana, Pinot and the others, I was a little scared because Quintana was very strong and we still had a climb. In this climb I felt better. I was looking forward to this race. I’m in very good shape at the moment so there was fear at first and then motivation “. Then finally, the decision was made at five, in a sprint in small committee.

“THIS WEEKEND IS THE MOST IMPORTANT FOR ME”

In the sprint, Biniam Girmay is in an exercise that he knows and loves. “I was confident for the sprint. In the last kilometers I took it easy because I have a good sprint. I was not afraid at the time. I like the small group sprints, its my specialty”. And even when Thibaut Pinot and Axel Zingle glue back together in the last few hundred meters, the 21-year-old rider does not lose his composure. “They weren’t a problem for me”. He is impatiently awaiting the revenge this Saturday, but especially Sunday, at the Tour du Doubs. “This is my goal with the Classics at the end of the year. I am also looking forward to reaching the World Championship”.

In the Doubs, Biniam Girmay had been frustrated last year by Loïc Vliegen, and intends to climb on the top step of the podium this time. “This weekend is the most important for me. I like the Tour du Doubs. Last year I finished 2nd so this year we will probably have our chances of winning. We will go for that”. Now a member of the Belgian WorldTeam after leaving Delko at the beginning of August, he hopes to grow with his new partners. “I think I have better opportunities being in the World Tour. I need to grow with the team and stay with them as long as possible”. The first success is in any case quickly arrived.