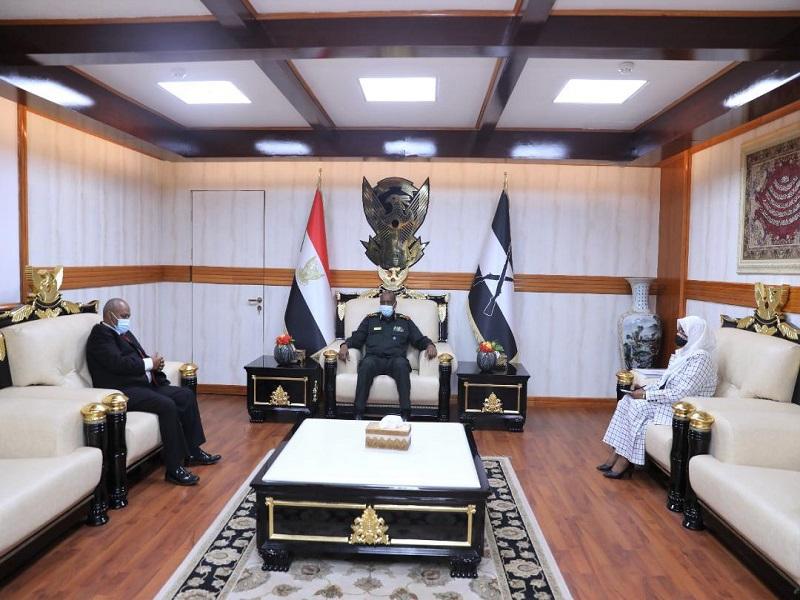 Khartoum, Sept 6 (SUNA) – The President of the Transitional Sovereignty Council (TSC) Gen. Abdel Fattah Al-Burhan has lauded the level of development of the Sudanese-Eritrean relations.

Al-Burhan who received Sunday, at his office, the Eritrean Ambassador to Khartoum Issa Ahmed Issa affirmed the deep and firm relations linking the two countries.

The Eritrean diplomat conveyed to the TSC President verbal message from the Eritrean President, Isaias Afwerki dealing with realations between Khartoum and Asmara and means for developing thwem further to serve the interests of the peoples of the two countries.

The Ambassador described the message he convoyed from the Eritrean President to Gen. Al-Burhan as  “ fraternal and cordial” focused on coordination and cooperation between the two presidents, expressing hope that this coordination and cooperation will include all the heads of State of the region for the sake of stability and development in the region.