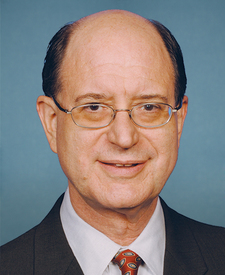 EXCLUSIVE: As the humanitarian crisis in northern Ethiopia continues to escalate, lawmakers on the Hill are calling on the governments of Ethiopia and Eritrea to stop the violence – but Rep. Brad Sherman, D-Calif., is looking to the U.S. Navy for help.

"I'm reluctant to expose American armed forces to risk their safety at any time," Sherman said during a House Foreign Affairs Committee hearing this week. "But the American Navy could interrupt Eritrean commerce on the high seas at any time, and it would certainly be just to do so – as long as Eritrea blockades humanitarian aid to the people of Tigray."

But the congressman’s call for action by U.S. forces does not appear to be universally shared by committee lawmakers.

A source familiar with the matter told Fox News the comment was "bizarre" and "dated" given Eritrea’s months-long aggression in the region.

Since the conflict began, reports have surfaced alleging both Ethiopian and Eritrean forces have worked to stop food aid from entering Tigray and the surrounding regions. 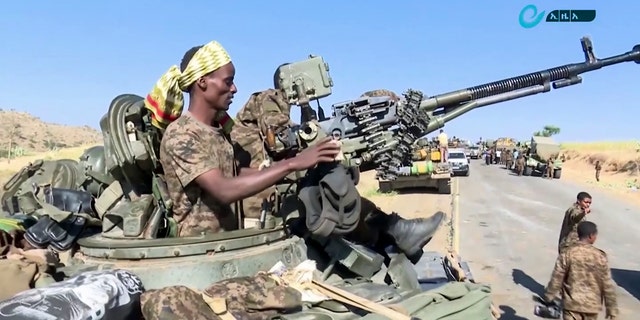 According to a report earlier this month by the United Nations Office for the Coordination of Humanitarian Affairs (OCHA), food aid was delivered to just 57,000 people in Tigray during the week of Oct. 7-13 – a figure that represents 1 percent of those needing food assistance.

Though inconclusive reporting has made it difficult to identify how common this level of food scarcity is, reporting from previous months showed that 88 percent of the target population received food aid.

Fuel has also been barred from crossing the border from the Afar region into Tigray, which has meant humanitarian assistance in the region has been greatly hindered.

Following the Nov. 3, 2020 attack on a federal military base in Tigray by the Tigray People’s Liberation Front (TPLF) the Ethiopian military, Eritrean troops and Amhara militia have engaged in guerilla warfare.

According to the latest United Nations OCHA situation report, just over 1,000 trucks carrying humanitarian supplies have been permitted to enter Tigray since July – 15 percent of the 100 trucks a day needed to meet "critical humanitarian needs."

But the crisis occurring in Tigray has extended well beyond the region’s borders.

"There is an estimated 4.5 million Amharas within [the] Amhara region under TPLF occupation with telecommunication blackout, no electricity, no access to humanitarian aid, or journalists," Tewodrose Tirfe, chair of the Amhara Association said.

The violence in Ethiopia has displaced an estimated 4 million Ethiopians – 1.65 million of whom are from the Amhara region, the United Nations reported in August.

"What we see there is tragic so far, we see 70 or 80,000 Tigrayans who have fled to Sudan and we have to do everything we can to help them," Sherman told lawmakers. "But we see millions of Tigrayans who face death from starvation and attendant diseases.

"The bodies we see in the river are just the tip of the iceberg," he added.

But the Ethiopian diaspora within the U.S. took issue with the congressman’s messaging, noting he only referred to the ethnic Tigrayans and not other groups suffering persecution.

According to UN OCHA, 63,110 refugees from the Tigray region have entered Sudan since the start of the war, but as reporting has shown it is not just Tigrayans who have been targeted in the war-torn region.

"Rep. Sherman’s remarks did not mention that millions of Amharas have been under the occupation of the Tigray People's Liberation Front (TPLF) for almost four months," Tewodrose said.

"Rep. Sherman also doesn’t seem to be aware of the thousands of Amharas who have been massacred by both TPLF and Oromo Liberation Army," he continued, referring to the November 2020 Mai Kadra massacre in which at least 700 Amhara were killed. "Rep. Sherman continues to be selective in calling out human rights atrocities in Ethiopia."

Over 1.7 million people have been displaced in Tigray and thousands are believed to have been killed – though due to unreliable reporting and blackout communications the actual figures remain unknown and dated.

Combined reporting by the Amhara Association shows that as many as 3,000 Amhara have been killed since the war broke out – though figures are expected to be much higher.

Sherman did not answer Fox News’ questions on whether he has gained support from committee colleagues but stood by his calls for potential U.S. naval use against Eritrea.

"It is unacceptable to block food trucks. I take no position on the other issues in northern Ethiopia," he said.

"We need to get aid to all parts in Ethiopia experiencing famine or near-famine conditions," he added, calling Eritrea intervention in Ethiopia "unacceptable."

"And if it leads to genocide like we saw in Rwanda, then the U.S. and the international community should consider various options," he added.

The House Foreign Affairs Committee introduced a resolution in May that calls for the governments of Ethiopia and Eritrea to "remove all Eritrean troops from Ethiopia, and for all belligerents in the conflict, including the Ethiopian National Defense Forces, the Tigray People’s Liberation Front, and Amhara regional forces, and other armed groups to cease all hostilities."

The Biden administration last month threatened sanctions on those involved in the war in Ethiopia in an attempt to persuade leaders in the region to bring the conflict to an end.

The State Department has called for an investigation into human rights abuses and atrocities committed since the war began.

"We all pray for peace and for an immediate cease-fire and food aid for the hungry, not only for Tigray but for Amara, Afar and other affected areas," Sherman told Fox News. "All of the colleagues that I’ve spoken to hope that food is allowed to reach desperate people and therefore extraordinary tactics will not need to be considered."

The State Department has reported that $663 million in humanitarian aid has been granted by the U.S. government for northern Ethiopia over the last year.

Rep Sherman calls for naval forces in Ethiopian conflict, US diaspora frustrated by messaging
Back to Dehai News