GlobalResearch.ca: Probing the Depths of the CIA’s Misdeeds in Africa

The CIA committed many crimes in the early days of post-independence Africa. But is it fair to call their interference “recolonization”? 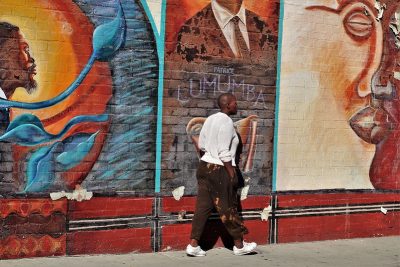 All Global Research articles can be read in 51 languages by activating the “Translate Website” drop down menu on the top banner of our home page (Desktop version).

In 1958, a year after it achieved independence from colonial rule, Ghana hosted a conference of African leaders, the first such gathering to ever take place on the continent. At the invitation of Ghana’s newly elected prime minister, Kwame Nkrumah, more than 300 leaders from 28 territories across Africa attended, including Patrice Lumumba of the still-Belgian Congo and Frantz Fanon, who was then living in still-French Algeria. It was a time of unlimited potential for a group of people determined to chart a new course for their homelands. But the host wanted his guests not to forget the dangers ahead of them. “Do not let us also forget that colonialism and imperialism may come to us yet in a different guise—not necessarily from Europe.”

In fact, the agents Nkrumah feared were already present. Not long after the event began, Ghanaian police arrested a journalist who had been hiding in one of the conference rooms while apparently trying to record a closed breakout session. As it was later discovered, the journalist actually worked for a CIA front organization, one of many represented at the event.

British scholar Susan Williams has spent years documenting these and other instances of the United States’ secret operations during the early years of African independence. The resulting book, White Malice: The CIA and the Covert Recolonization of Africa, may be the most thorough investigation to date of CIA involvement in Africa in the late 1950s and early 1960s. Over more than 500 pages, Williams counters the lies, deceptions, and pleas of innocence perpetuated by the CIA and other US agencies to reveal a government that never let its failure to grasp the motivations of Africa’s leaders stop it from intervening, often violently, to undermine or overthrow them.

Though a few other African countries appear on the sidelines, White Malice overwhelmingly concerns just two that preoccupied the CIA during this period: Ghana and what is now the Democratic Republic of the Congo. Ghana’s appeal to the agency was based merely on its place in history. As the first African nation to gain independence, in 1957, and the homeland of Nrukmah—by far the most widely respected advocate of African self-determination of the day—the nation was inevitably a source of intrigue. The Congo stepped out of its colonial shackles soon after, in 1960. Because of its size, position near southern Africa’s bastions of white rule, and reserves of high-quality uranium at the Shinkolobwe mine in Katanga province, the country soon became the next locus of the agency’s attention—and interference—in Africa.

“This is a turning point in the history of Africa,” Nkrumah told Ghana’s National Assembly during a visit from Congolese Prime Minister Lumumba a few weeks into the Congo’s self-rule. “If we allow the independence of the Congo to be compromised in any way by the imperialist and capitalist forces, we shall expose the sovereignty and independence of all Africa to grave risk.”

Nkrumah possessed an acute understanding of the threat and of the people behind it. Only months after his speech, Lumumba was assassinated by a Belgian and Congolese firing squad, opening the door to decades of pro-western tyranny in the country.

Lumumba’s assassination is remembered today as one of the low points of the early years of African independence, but a lacking documentary record has allowed partisan investigators to minimize the CIA’s role. It’s a failure of accountability which has allowed the agency to appear blameless while reinforcing a fatalistic view of African history, as if the murder of an elected official was merely another terrible thing that had “just happened” to a people utterly unprepared for the challenge of independence.

But as Williams shows, the CIA was actually one of the chief architects of the plot. Only days after Lumumba’s visit to Ghana, Larry Devlin, the agency’s leading man in the Congo, warned his bosses of a vague takeover plot involving the Soviets, Ghanaians, Guineans, and the local communist party. It was “difficult [to] determine major influencing factors,” he said. Despite a complete lack of evidence, he was certain the “decisive period” when the Congo would align itself with the Soviet Union was “not far off.” Soon after, President Eisenhower verbally ordered the CIA to assassinate Lumumba.

The CIA’s agents did not, in the end, man the firing squad to kill Lumumba. But as Williams makes clear, that distinction is minor when one considers everything else the agency did to assist in the murder. After inventing and disseminating the bogus conspiracy plot of a pro-Soviet takeover, the CIA leveraged its multitude of sources in Katanga to provide intelligence to Lumumba’s enemies, making his capture possible. They helped to deliver him to the Katanga prison where he was held before his execution. Williams even cites a few lines from a recently declassified CIA expense report to show that Devlin, the station chief, ordered one of his agents to visit the prison not long before the bullets were fired.

When Nkrumah learned of Lumumba’s assassination, he felt it “in a very keen and personal way,” according to June Milne, his British research assistant. But horrifying as the news was to him, the Ghanaian statesman was hardly surprised.

White Malice is a triumph of archival research, and its best moments come when Williams allows the actors on both sides to speak for themselves. While books about African independence often show Nkrumah and his peers to be paranoid and hopelessly idealistic, reading their words alongside a mountain of evidence of CIA misdeeds, one sees how fear and idealism were entirely pragmatic reactions to the threats of the day. Nkrumah’s vision of African unity wasn’t the pipe dream of a naive and untested politician; it was a necessary response to a concerted effort to divide and weaken the continent.

In Nkrumah’s own country, the US government appears not to have pursued a course of outright assassination. But it acted in other ways to undermine the Ghanaian leader, often justifying its ploys with the same kinds of paternalistic rationalizations the British had used before them. Those efforts reached their nadir in 1964, when the US State Department’s West Africa specialists sent a memo to G. Mennen Williams, the department’s head of African affairs, titled, “Proposed Action Program for Ghana.” The United States, it said, should start making “intensive efforts” involving “psychological warfare and other means to diminish support for Nkrumah within Ghana and nurture the conviction among the Ghanaian people that their country’s welfare and independence necessitate his removal.” In another file from that year, an official from Britain’s Commonwealth Relations Office mentions a plan, ostensibly approved at the highest levels of the foreign service, for “covert and unattributable attacks on Nkrumah.”

The level of coordination between governments within and outside the United States might have shocked Nkrumah, who, until the end of his life, was at least willing to believe the CIA was a rogue agency, accountable to no one, not even US presidents.

White Malice leaves little doubt, if any still existed, that the CIA did grave harm to Africa in its early days of independence, often violently. But while Williams presents numerous instances of the CIA and other agencies undermining African governments, often violently, the CIA’s wider strategy in Africa—apart from denying uranium and allies to the Soviet Union—remains opaque. What we call “colonization” as practiced by Britain, France, Belgium, and others involved a vast machinery of exploitation—schools to train children to speak the masters’ language, railroads to deplete the interior of resources—all maintained by an army of functionaries. But even in the Congo, the CIA’s presence was comparatively small. Huge budgets and the freedom to do virtually whatever they wanted in the name of fighting communism gave them an outsize influence over Africa’s history, but their numbers never rivaled the colonial bureaucracies they supposedly replaced.

Williams shows how the CIA plotted with business people who stood to benefit from pro-western African governments in both the Congo and Ghana. But far from a systematic practice of extraction, the agency’s designs for Africa often seem befuddled with contradiction.

That is especially true in the aftermath of Lumumba’s assassination; an overabundance of secrecy still prevents a full accounting. But what records have been pried from the agency’s hands reveal details of a multitude of CIA aerial operations in the Congo, involving planes owned by agency front companies and pilots who were themselves CIA personnel. During a period of upheaval, the agency appears to be everywhere in the country at once. “But,” Williams writes, “it is a confusing situation in which the CIA appears to have been riding several horses at once that were going in different directions.” The agency “supported [Katangan secessionist president Moïse] Tshombe’s war on the UN; it supported the UN mission in the Congo; and it supported the Congolese Air Force, the air arm of the Leopoldville government.”

As contradictory as these efforts seem to have been, all of them, Williams writes, “contributed to the objective of keeping the whole of the Congo under America’s influence and guarding the Shinkolobwe mine against Soviet incursion.”

Even if such conflicting plans shared a common goal, it’s not unreasonable to ask whether we should consider them “colonialism”—neo- or otherwise—or rather the schizophrenic response of an agency drunk with power it never should have been afforded. In White Malice, the CIA’s capacity for committing murder and sowing discord is on full display. Its capacity to rule, however, is less so.

* Alex Park is a writer and researcher with an interest in global trade and agriculture in Africa.