(RT) The West wants to keep Africa as beggars, Eritrea and Ethiopia are threats to neo-colonialism! (E1009)

The West wants to keep Africa as beggars, Eritrea and Ethiopia are threats to neo-colonialism! (E1009) 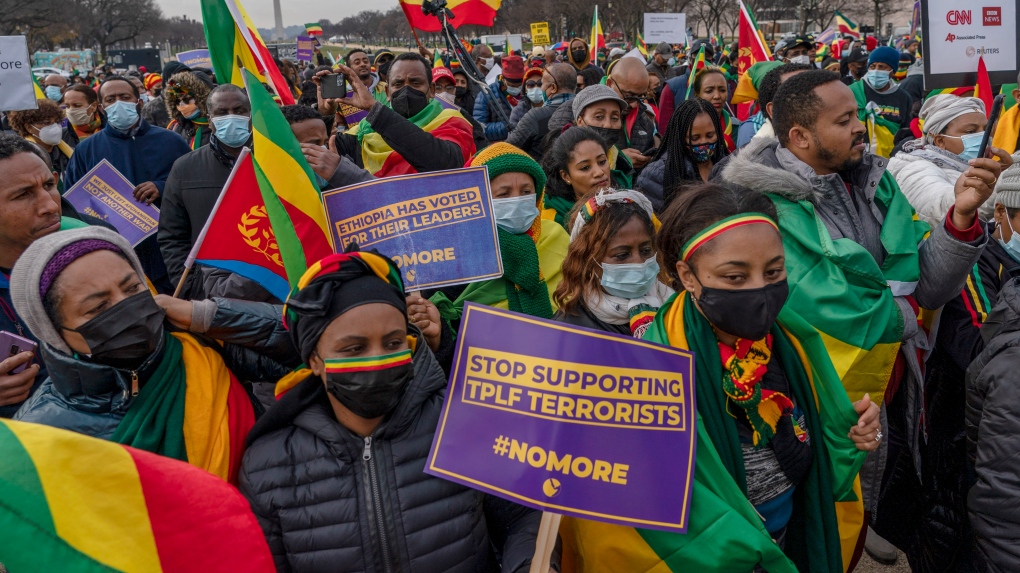 People from Ethiopian and Eritrea, supporters of Ethiopian Prime Minister Abiy Ahmed, participate in a protest against the U.S. and other western countries' intervention in their country and calling for an end to Ethiopia's ongoing internal conflict while in Washington on Dec. 10, 2021. (AP Photo/Gemunu Amarasinghe)
On this episode of Going Underground, we speak to Thomas Mountain, an independent journalist in Eritrea. He explains why the Horn of Africa is strategically so important, and discusses US attempts to gain control of the Bab Al Mandab strait. He also traces Ethiopia’s move closer towards Eritrea under Abiy Ahmed, and explains how the country’s development model threatens the EU and the US. Mountain talks about the TPLF’s vast sums of money allegedly hidden away in City of London banks, how Europe continues to ‘super exploit’ Africa, how Eritrea and Ethiopia threaten the neo-colonial model, the role of the World Bank and IMF in exploiting Africa, and much more. Finally, we speak to Lydia Zigomo, global programmes director of Oxfam International. She discusses why the UN classifies Yemen as the world’s worst humanitarian crisis, the story of a young boy named Omar who has spent most of his life in displacement camps, continuing US and UK arms sales to the Saudi-led coalition bombing Yemen and fuelling the continuing conflict, how the media has ignored the Yemen war, and much more.

Going Underground: The West wants to keep Africa as beggars

Going Underground: The West wants to keep Africa as beggars by RT

The West Wants To Keep Africa as Beggars, Eritrea ... - YouTube