Ghirmay confirms he will miss Tour of Flanders 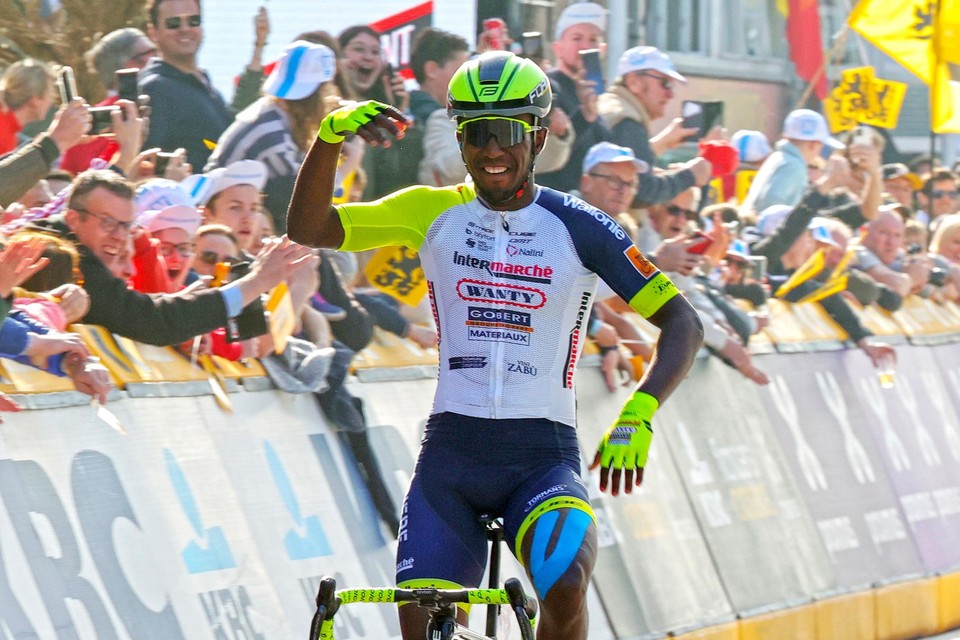 Eritrean sticks to plan to head home: 'My family is the first thing, even more than the bike, so I have to take care of them'

Cycling might give Biniam Girmay's life its flavour, but family is its substance. Despite his victory at Gent-Wevelgem on Sunday, he has resisted the temptation to stay in Belgium a little longer to ride the Tour of Flanders next weekend.

The 21-year-old will instead, as planned, fly home to Eritrea on Tuesday, where he will meet his wife and young daughter for the first time since he left his home in the capital of Asmara on January 3 to prepare for the start of the 2022 season with his Intermarché-Wanty-Gobert team. The Ronde can wait.

"Family is the most important," Girmay told reporters in a press conference in Zedelgem on Monday. "For me, my family is the first thing, even more than the bike, so I have to take care of them. For three months, my wife has been taking care of the baby and everything. I'm in good shape, but I'm still following my plan. We will [do the Tour of Flanders] in the future. This is the beginning, so we have a lot of time."
Prolonged periods away from home are a fact of life in professional cycling, but that hardship has always been more pronounced for riders from beyond the sport's traditional western European heartland. European governments also tend to place undue administrative obstacles in the path of Eritrean citizens who wish to visit, meaning that the most convenient way for Girmay to see his family is to fly from Paris to Asmara on Tuesday.

"Of course, when you start the season, you have a schedule and I gave that already to my wife. She accepted it and so did I," said Girmay, whose European base is in San Marino. "But now, to stay one week longer is not easy. I will spend all my time in Eritrea with my family, so that's why it's more important to go home."

Asmara, the world's sixth-highest capital city, also doubles as the ideal training base for Girmay ahead of his next major objective, his Grand Tour debut at May's Giro d'Italia. Rather than Mount Teide or Sierra Nevada, the quiet roads in the hinterland of Girmay's home city will be the site of his Giro preparations.

"Normally I live in the capital, Asmara, and it's at 2,400 metres. That's perfect for me. I don't need to go to altitude in another place," Girmay said. "It's really good cycling country, and a lot of amateur riders train with me when I'm at home. There's a good possibility to train there."

Girmay's historic victory at Gent-Wevelgem came on the back of a remarkable debut on the cobbles at the E3 Saxo Bank Classic 48 hours earlier, when he placed fifth in Harelbeke. That performance prompted Intermarché-Wanty-Gobert to add Gent-Wevelgem to his programme, and his victory now looks set to alter the trajectory of an already promising career.

"I still see myself like before," said Girmay, who admitted that media attention was something he could just as soon live without. "I'm not used to being in front of people like this. This is my first time and I need to take time."

He will have to get used to it quickly. If Girmay's silver medal at last year's under-23 World Championships flagged his potential for the future, then his Gent-Wevelgem victory underscored his ability to win the biggest races in the here and now.

A number of the biggest WorldTour teams, who missed the chance to sign Girmay when the Delko squad ran into financial issues last year, will surely aim to tempt him away from Intermarché when his contract expires in 2024, though they may have their work cut out to do so.

"This team is like family, I would like to continue with this team. Not just for two years but maybe more. I'm really happy with this team," said Girmay, who smiled when asked to outline the Intermarché's plans for his future. "I think you already saw yesterday: this is the project." 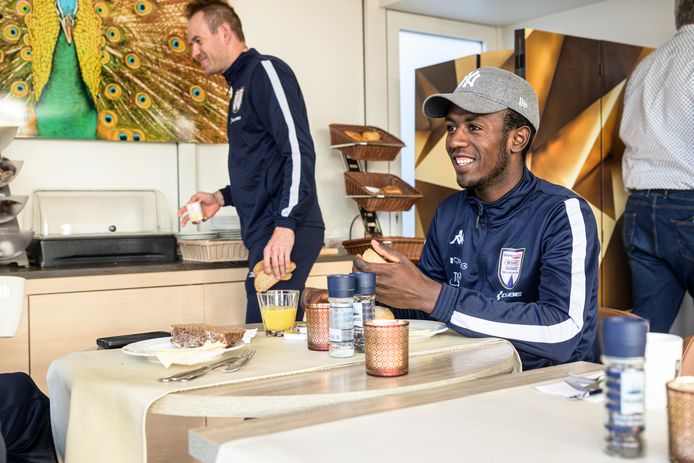 © Florian Van Eenoo Photo News
..........
Barry Ryan European Editor
Barry Ryan is European Editor at Cyclingnews. He has covered professional cycling since 2010, reporting from the Tour de France, Giro d’Italia and events from Argentina to Japan. His writing has appeared in The Independent, Procycling and Cycling Plus. He is the author of The Ascent: Sean Kelly, Stephen Roche and the Rise of Irish Cycling’s Golden Generation, published by Gill Books.

Biniam Girmay, the day after: "I want to join the team after 2024

Girmay confirms he will miss Tour of Flanders | Cyclingnews