Victory and Swiss record for Tadesse Abraham at the Zurich marathon

Victory and Swiss record for Tadesse Abraham at the Zurich marathon

Tadesse Abraham celebrates twice in Zurich on Sunday: victory and a Swiss record.
Victory, record and championship title: Tadesse Abraham showed a strong race at the Zurich Marathon and could not be beaten.

Tadesse Abraham wins the Zurich marathon in ideal conditions and surprisingly improves his Swiss record. The 39-year-old top athlete from the LC Uster completed the 42.195 km in 2:06:38 hours. He undercut his own record, set in March 2016 as fourth in the marathon in Seoul, by two seconds.

In his record run in Zurich, Abraham delivered a small masterpiece – both tactically and physically – by being significantly faster on the second half of the course than on the first.

After 21.1 km, the native Eritrean, who has been eligible to start for Switzerland since 2014, passed in 1:03:50 hours, for the second half he only needed 1:02:47. Thanks to a veritable final sprint in the last two kilometers, Abraham was even able to improve the national record.

At the finish he was well ahead of Burundian Oliver Irabaruta (2:07:13) and third-placed Kenyan Francis Cheruiyot (2:09:57). Abraham also won the Swiss championship title, which was also awarded at this race. It was the first title win for the Ustermer. (sda/zo) 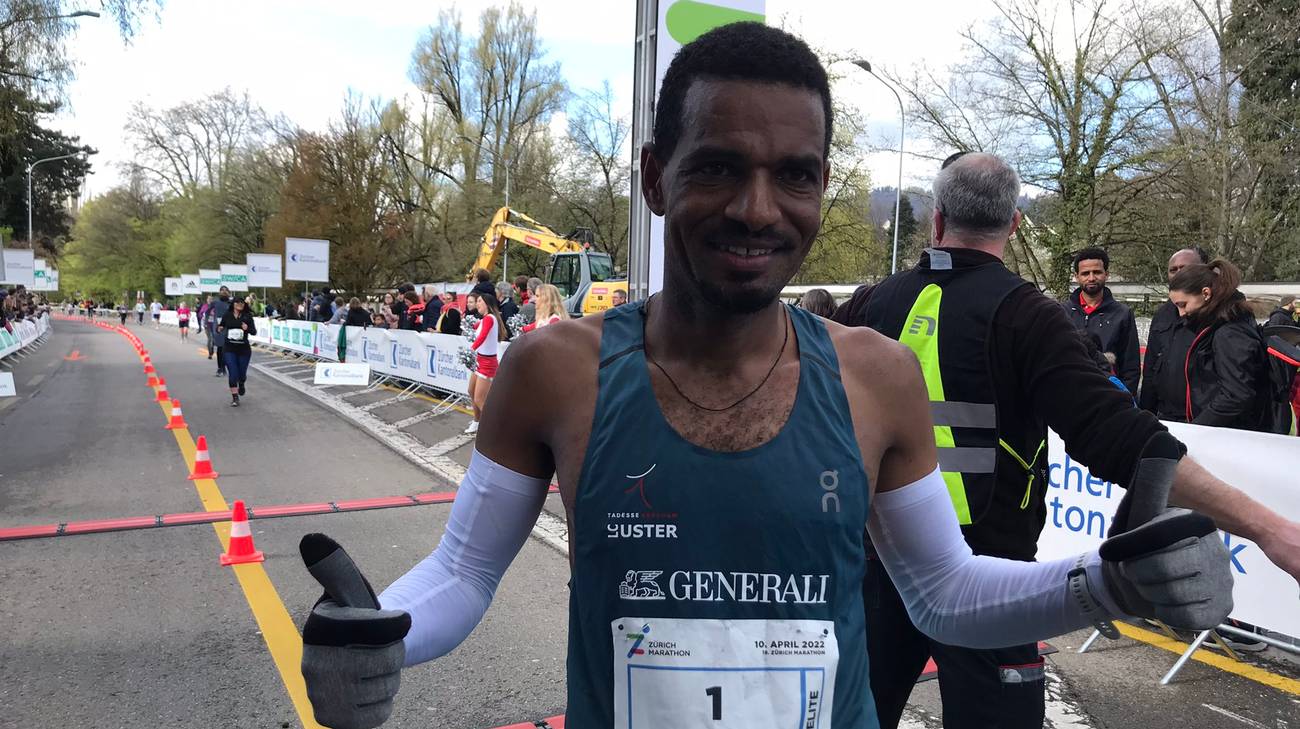