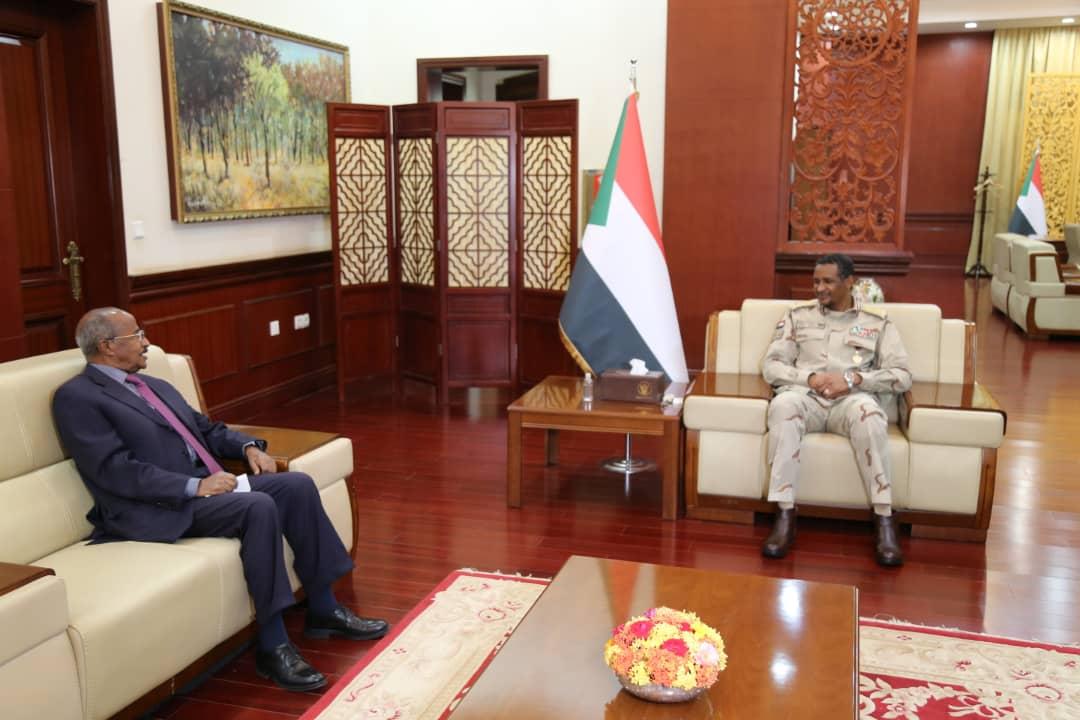 11 Apr 2022
Khartoum 4/11-2022 (SUNA) - The Vice-President of the Transitional Sovereignty Council, Lieutenant-General Mohamed Hamdan Dagalo, received today in his office at the Republican Palace, the envoy of the Eritrean President and Minister of Foreign Affairs Osman Saleh, accompanied by Yemane Ghebreab, advisor to the President Afwerki, in the presence of the acting Undersecretary of the Ministry of Foreign Affairs, Ambassador Nader Youssef.
The meeting discussed the advanced bilateral relations between Khartoum and Asmara, and ways to enhance them at all levels to serve the interests of the two brotherly countries.
During the meeting, Lieutenant-General Dagalo stressed the strength of Sudan and Eritrea's relations, and the importance of coordination and joint cooperation between them to serve the interests of the peoples of the two countries.
With regard to the political situation in the country, His Excellency reiterated the importance of dialogue as a basic principle to overcome the current situation, and said, "We extend our white hands to all for the sake of the stability of the country and by supporting all initiatives within the framework of the Sudanese-Sudanese solution."
For his part, the envoy of the Eritrean President and Foreign Minister Othman Saleh said that the visit to Sudan aims to find out the political situation and the efforts made to address it. 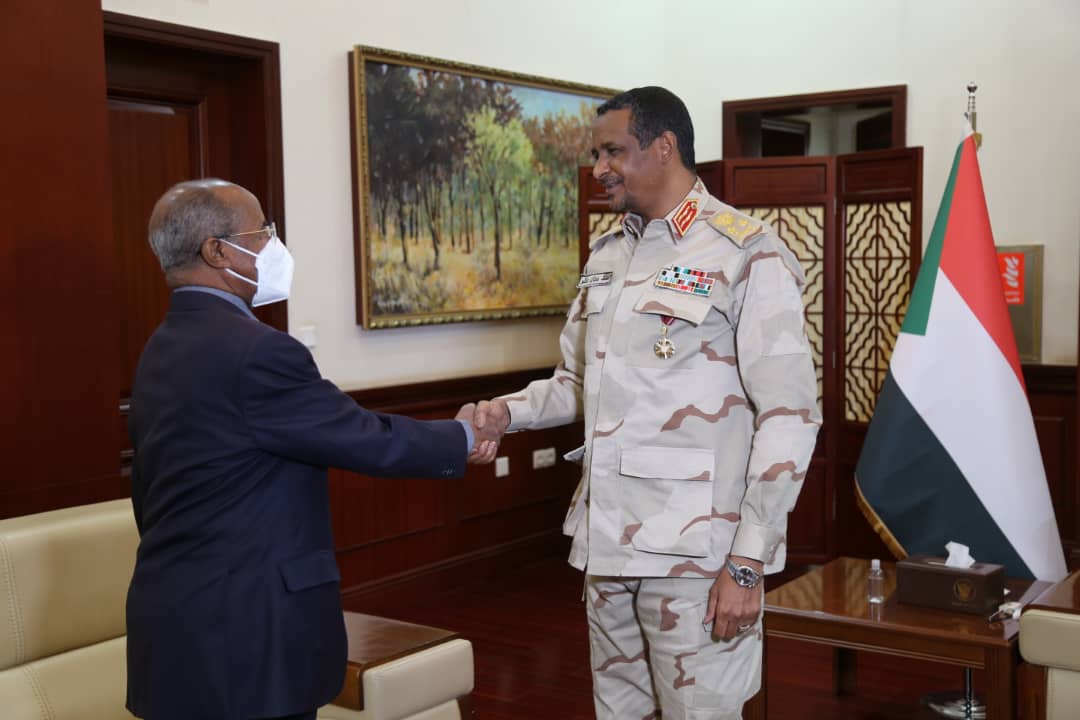