Two to eight ships at a time will target those smuggling people, coal, weapons and drugs in the Red Sea. 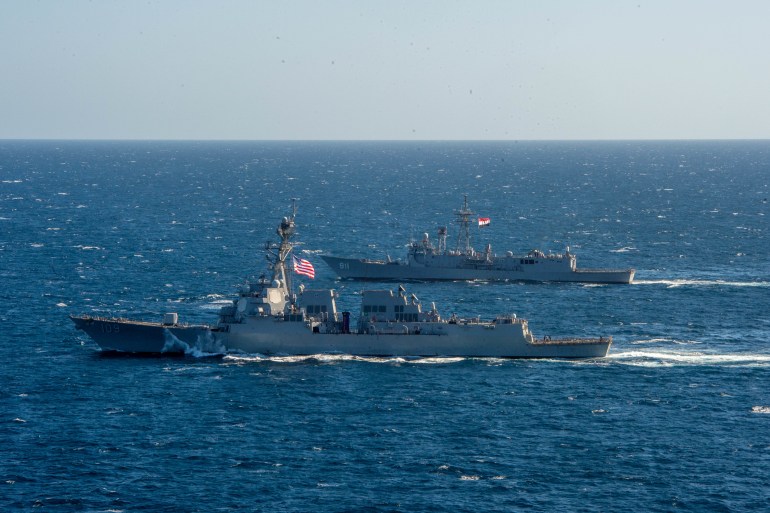 The United States Navy said Wednesday it will begin a new task force with allied countries to patrol the Red Sea after a series of attacks attributed to Yemen’s Houthi rebels in a waterway that is essential to global trade.

The Houthis seized Yemen’s capital, Sanaa, in September 2014. A Saudi-led coalition entered the war on the side of Yemen’s exiled government in March 2015. Years of inconclusive fighting has pushed the Arab world’s poorest nation to the brink of famine. A truce around the holy Muslim fasting month of Ramadan appears for now to be still be holding.

The Houthis have attacked ships, seized vessels, and launched explosive-laden drone boats and mines into the waters of the Red Sea, which runs from Egypt’s Suez Canal in the north, down through the narrow Bab el-Mandeb Strait in the south that separates Africa from the Arabian Peninsula.

“In a macro sense, this region literally and figuratively fuels the world,” Cooper said. “The area is so vast that we just can’t do it alone so we’re going to be at our best when we partner.” 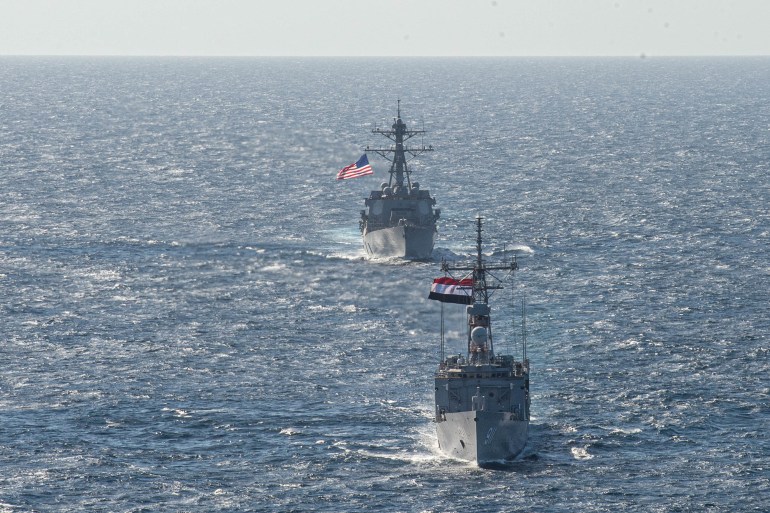 The Combined Maritime Forces command, a 34-nation organisation that Cooper oversees from a base in Bahrain, already has three task forces that handle piracy and security issues both inside and outside of the Persian Gulf.

The new task force will be commissioned Sunday and will see the USS Mount Whitney, a Blue Ridge class amphibious command ship previously part of the Navy’s African and European 6th Fleet, join it.

Cooper said he hoped the task force, consisting of two to eight ships at a time, would target those smuggling coal, drugs, weapons and people in the waterway.

Coal smuggling has been used by Somalia’s al-Qaida-linked al-Shabab to fund their attacks. Weapons linked by the Navy and analysts to Iran have been intercepted in the region as well, likely on their way to the Houthis. Yemen also sees migrants from Africa try to cross its war-torn nation to reach jobs in Saudi Arabia and elsewhere.

The Red Sea is a vital shipping lane for both cargo and global energy supplies, making any mining of the area a danger not only to Saudi Arabia but to the rest of the world. Mines can enter the water and then be carried away by the currents, which change by the season in the Red Sea.

The Red Sea has been mined previously. In 1984, some 19 ships reported striking mines there, with only one ever being recovered and disarmed, a United Nations panel said.

In Yemen’s current war, Houthi missile fire in the Red Sea has come near an American warship in the past. In October 2016, the US Navy said the USS Mason came under fire from two missiles launched out of Yemen. Neither reached the warship, though the US retaliated with Tomahawk cruise missile attacks on three coastal radar sites in Houthi-controlled territory.

The week before, the Emirati vessel SWIFT-1 came under Houthi missile attack. The Emirati government asserted the SWIFT-1 at the time carried humanitarian aid; UN experts later said of the claim that they were “unconvinced of its veracity”. The vessel had been sailing back and forth in the Red Sea between an Emirati troop base in Eritrea and Yemen.

In April 2021, an Iranian cargo ship that is said to serve as a floating base for Iran’s paramilitary Revolutionary Guard forces came under attack in the Red Sea — likely part of a wider shadow war between Israel and Tehran.

More recently in January, the Houthis seized the Emirati-flagged ship Rwabee in the Red Sea off Yemen. The Saudi-led coalition asserted the ship carried medical equipment from a dismantled Saudi field hospital. The Houthis released video showing military-style inflatable rafts, trucks and other vehicles on the vessel, as well as rifles. Another Yemen missile launch into the Red Sea happened in March as well.

For now, Israel has not announced plans to join the Combined Maritime Forces though the US Navy has held drills with it, the United Arab Emirates and Bahrain in November. Cooper declined to say whether Israel had expressed interest in joining the joint command.

And asked about whether the Navy had any new tense encounters with Iran as negotiations over its tattered nuclear deal appear stalled, Cooper described the situation as “status quo”.