Stage 5 produced a tense battle between the sprinter's teams and Caleb Ewan and Mark Cavendish were dropped on the climb and FDJ did there best to put Arnaud Demare in a perfect scenario and the french star delivered. 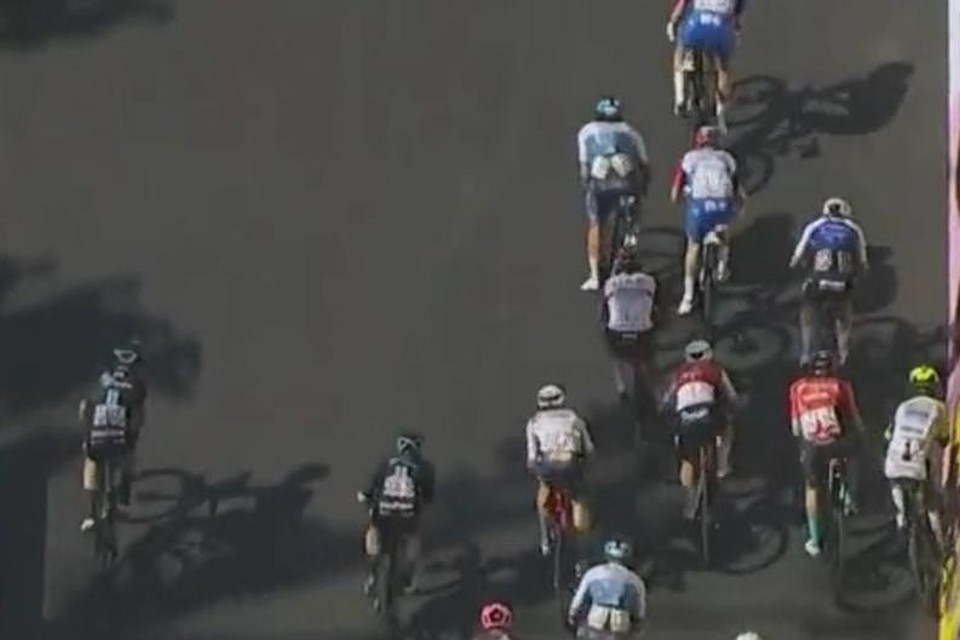 Unlike Mathieu van der Poel, Biniam Girmay did claim the victory in the bunch sprint of the fifth Giro stage towards Messina. The winner of Gent-Wevelgem seemed to start his sprint, until Phil Bauhaus handed out a quack. Girmay had to move heaven and earth to stay straight and crossed the finish line in fifth.

It didn't matter if Biniam Girmay made a very ugly crash in the fifth stage of the Giro. The 22-year-old Eritrean seemed to be on his way to fight for victory, until he was hit by Phil Bauhaus. Girmay flirted with the crash, but miraculously stayed upright.

Despite the near fall, the winner of Gent Wevelgem finished in fifth place. A missed opportunity for Girmay, who in the points classification over Mathieu van der Poel, but has to tolerate Arnaud Démare. A sprint train from Intermarché-Wanty-Gobert could have helped Girmay to victory today. Would Hilaire Van der Schueren like to reach for a sprint train in function of his gold nugget.

Analysis of the bunch sprint by Robbie
twitter.com/eurosport
Back to Dehai News